Can I Refuse Life Support and Still Be a Good Jew? – Kveller
Skip to Content Skip to Footer

Can I Refuse Life Support and Still Be a Good Jew? 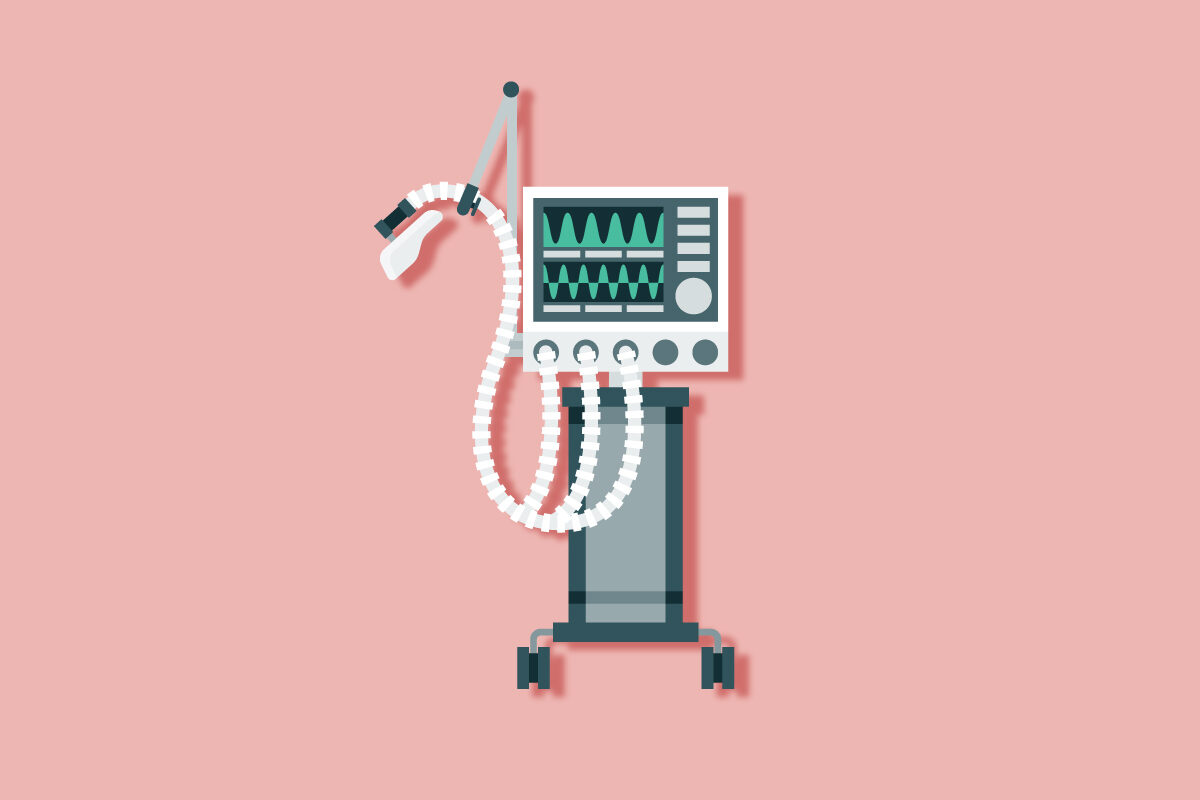 I work as a neurosurgery coordinator for a large hospital in Philadelphia. As with other cities, the Covid-19 pandemic has struck here with thousands of cases and hundreds of deaths. With each new patient report that came by Zoom meeting, I’d wondered about the wishes of those existing on life support measures — and I also worried about the lack of my own plans.

If I had to, could I make those decisions for my husband or myself? Would Judaism consider me a murderer if I took my husband off of life support in keeping with his wishes of not lingering for years unconscious? Given the uncertainty of these times, I realized I needed answers.

As a cancer survivor, I endured chemo for months and, two decades later, I still live with a compromised immune system. Bacterial pneumonia hit me twice in 10 years; the second time was last August and I was hospitalized. So, yes, dying is something I’ve thought about from time to time, but I never considered the “what ifs” of needing life-sustaining machines. But with the lingering pandemic, I couldn’t ignore some hypothetical questions. It was all a little too close to reality.

Though half my family is Orthodox, I am secular. I may not be particularly observant, but this doesn’t mean I don’t believe in many basic principles of Jewish law, like charity, prayer, and not breaking too many commandments. Frankly, some Jewish laws scare me — particularly ones that, if broken, could damn your soul to a hellish afterlife. I never considered homicide as something I’d ever have to worry about, but once I began thinking about life support — particularly taking someone off it — I realized I was facing a potential problem. What would I do if my husband needed a ventilator in order to breathe? What about me?

Jewish law is a bit murky when it comes to what is and isn’t allowed in medical situations. In Judaism, the duty to preserve life whenever possible, comes first — that’s called Pikuach Nefesh. This means all Jews have an obligation to save a life even if it means breaking the Sabbath or other Jewish laws laws to do so.

Of course, the sages of the past didn’t have the medical technologies of today, nor could they have conceived of our incredible capacity to extend life, and not just save it. No ancient wisdom could foresee the complexities of modern capabilities. And so, I decided to look for guidance from trusted rabbinical scholars in this century.

First, I found British Lord and Chief Rabbi Immanuel Jakobovits, who is considered the founding father of Jewish ethics in medicine. In his teachings — including 1959’s Jewish Medical Ethics and Jewish Law Faces Modern Problems, published in 1965 — he spoke of human life as having infinite value. Therefore, we can’t turn away from our mandate to pursue and preserve life just because we view it as unworthy. Simply put, we, as humans and as Jews, can’t judge the quality of a life.

This was far from comforting, but I knew further discussion by scholars and rabbis existed on such a complex topic. Eventually I discovered Sefer Chasidim, a collection of the 13th-century teachings by Judah Ben Samuel of Regensberg, considered the foundation for Jewish ethics in Europe. In the book, King Solomon is referenced as counseling his people to submit and recognize that there is a time to die, that we must step aside and let the person go. (As it says in Ecclesiastes 3:2: “There is a time to give birth and a time to die.”)

Finally, something I could work with! Still, there was a difference between letting someone pass on versus pulling the plug on someone already on life extending machines, and I was hoping to find more recent writings on this.

I eventually heard about Rabbi Moshe Feinstein, a controversial but respected Halachic authority in the North American Orthodox community, who spoke to modern issues involving medicine and Jewish law. He made a case that, in certain instances, ventilators could obstruct nature from taking its course. According to this position, removal of a ventilating machine could be warranted. Under certain circumstances, this removal would allow a natural death to occur, and would be permitted in hastening death and allowing the soul to transition.

There is an old saying that you can’t get 12 rabbis to agree on anything — and this is exactly what I was experiencing. I really wanted to find group consensus in order to feel more comfortable, one way or the other, if, God forbid, my husband begged me to take him off a machine or — worse — couldn’t even ask.

So I continued looking for that “aha!”moment of clarity… and instead I found Eliezer Yehuda Waldenberg, a Jerusalem-based rabbi who was also leading expert on halacha and known for his 21-volume treatise on specific medical dilemmas, including abortion, organ transplants, sex reassignment surgery, and end of life.

Waldenberg appeared to be the opposite of Feinstein. He advocated strict adherence to preserving life in all cases, and maintained that a life of suffering is always preferable to death, as the soul may still be able to do mitzvahs, and suffering could alleviate past sin. He also directed that physicians do everything in their power to extend human life and not to hasten death in any way.

I decided to take a break from my research — maybe my body needed time to absorb everything. Surprisingly, however, an odd sense of calm settled into my bones as I adjusted to the reality that there would never be any one good answer. The fact is, there isn’t one “ruling” for all people lingering between two worlds. I appreciate all educated views from those trying to do the right thing for the right reasons, but the reality is that the circumstances can differ as much as the individual who suffers.

So, what will I do for my husband if the unthinkable happens? Truthfully, I won’t know until I’m there with him. I’ll need to see, hear, and experience what’s happening. No doubt, I will contact a knowledgeable rabbi specializing in Jewish ethics, as well as medical personnel, and will do my best to balance the spiritual and human condition.

As for myself, I managed to conclude a few measures: CPR is fine but I don’t want to be brought back after 15 minutes. (Let my person go!) As far as using ventilators, that will depend on how much I’d be able to do on my own without them, and I am working on having some specific guidelines from organizations that provide assistance with living wills according to Halacha.

Of course, my husband will be consulted as well. He will know my heart and head better than anyone, regardless of what the rabbis say.