From Shtreimels to Sex, This Former Hasid Made Sure 'Unorthodox' Was Accurate – Kveller
Skip to Content Skip to Footer

From Shtreimels to Sex, This Former Hasid Made Sure ‘Unorthodox’ Was Accurate 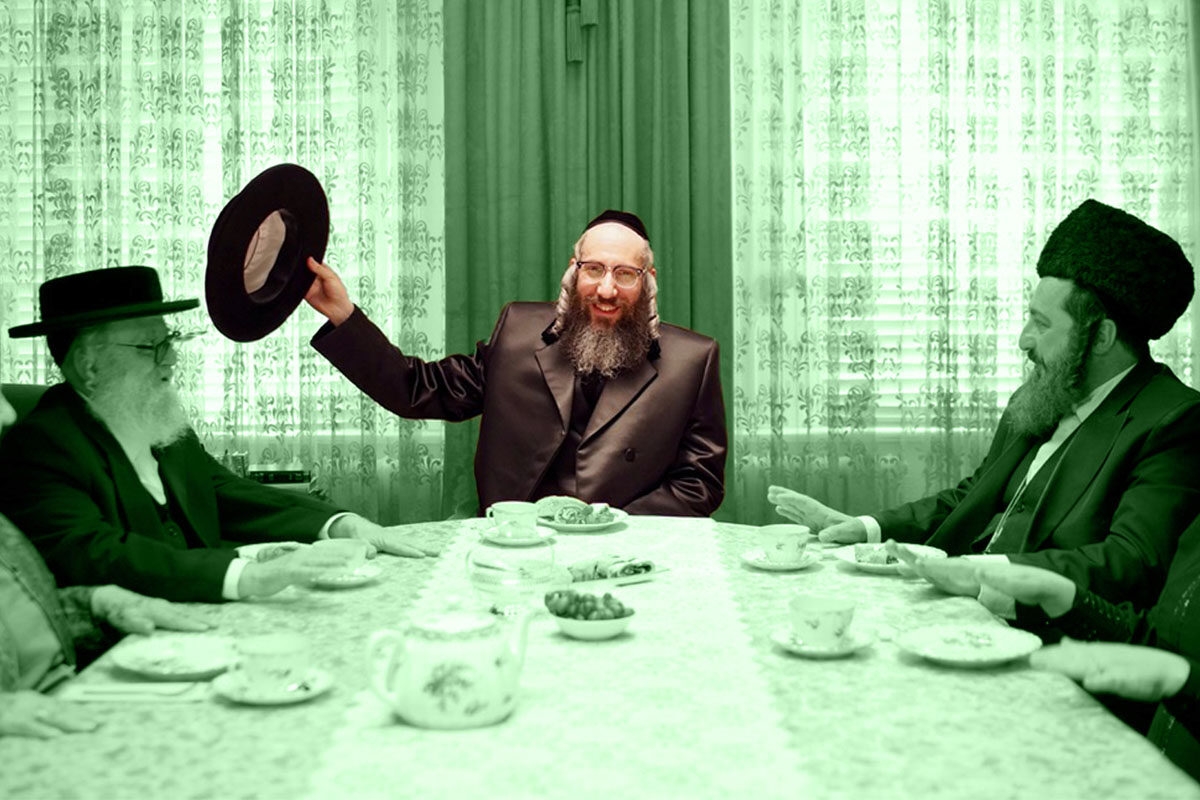 In The Godfather, the Corleone family had a consigliere — an adviser or a right-hand man of sorts. His name was Tom Hagen, and he was the person who made things happen, solved problems, smoothed things over, and negotiated some very delicate matters.

Unorthodox, the surprise Netflix hit that has everyone talking about Hasidic life, had its own consigliere, of sorts — minus the negative and mafia connotations, of course. His exact title was Yiddish Story Consultant and Translator — not “fixer” or consigliere — but it may as well have been, given the myriad roles Eli Rosen played during his year-long journey to help bring the acclaimed series to life.

Rosen, 40, grew up in Borough Park, Brooklyn, the youngest of his Hungarian-born parents’ five children. He was a nice, pious Hasidic boy until about the age of 12, when, through reading classic literature, he started to realize that there was a wider world out there that he wanted to connect with.

It took him 20 years of soul-searching to completely leave his community, for which he still feels a conflicted love. Along the way, he worked as an outreach worker for Chabad House in Frankfurt and became a lawyer. He found his creative soul at age 37, when he hooked up with the New Yiddish Rep theatre company. Since then, his career as an actor, writer, translator, and consultant on all things Hasidic has blossomed. He’s been a Yiddish consultant for some smaller independent films, such as Minyan, as well as Seth Rogen’s forthcoming An American Pickle, which is set to appear on HBO Max in August.

Unorthodox, however, is the most high-profile project he has done to date — and it required him to wear many hats (both literally and figuratively). There were sleepless nights, and lots of them. But that goes with the territory of having to make sure that every detail of the Hasidic life portrayed on screen was true, respectful, and artfully portrayed. He was also the unofficial “backstage rabbi” who offered emotional and technical support, wrote many of the key scenes, taught his actors Yiddish and spent every day on the set, conferring with director Maria Schrader.

And, oh yes, he also played the key role of Reb Yossele, the powerful Brooklyn rabbi who is intent on bringing Esty (Shira Haas) back home to Brooklyn. Having once been a cantor IRL, he even sang during Esty’s wedding to Yanky (Amit Rahav). He even taught Haas the song she sang during her moving audition for the Berlin music school.

Having to be the guy who had to make sure they got all the details right on all things Hasidic and Judaic could be terrifying and nerve-wracking, from getting the men’s shtreimels (fur hats) just so, to teaching the non-Jewish extras “to blend as Jews,” as Rosen told Kveller during a recent Zoom interview.

Looking back, Rosen calls the experience “encompassing” and “so gratifying.” Here are some of his thoughts on his work on the show, what it was like to shoot in Berlin, and the Hasidic community he felt compelled to leave so many years ago.

What was it like being the go-to guy for all things Hasidic on Unorthodox?

It was terrifying. And it was also weird and strange and wonderful on so many levels. First of all, especially in the early days of pre-production and the production itself, it was a constant tug of war and everybody wanted a piece of me because everybody was so lost as to this world, whether it was set design or costume or hair and makeup.

So, it was tricky navigating all those different pieces and figuring out what battles to fight — what was important and what was less important in terms of getting the details right. Also, because all these wonderful artists had their own creative processes, and I didn’t want to step on their toes. But everybody was so wonderful and so deferential and respectful, I think that shows ultimately in the result, in the final product.

What scenes caused the most sleepless nights?

For obvious reasons, the sex scenes — which are, needless to say, controversial and very, very sensitive. So that literally kept me up at night.

The wedding was extremely challenging because originally the director told me she needed a five-minute version of the chuppah ceremony. Now, the average Hasidic chuppah ceremony is between 45 minutes and an hour long! How do you do that in five minutes? So, I said: “You mean we’ll put in jump cuts?” But she said, “No jump cuts!” 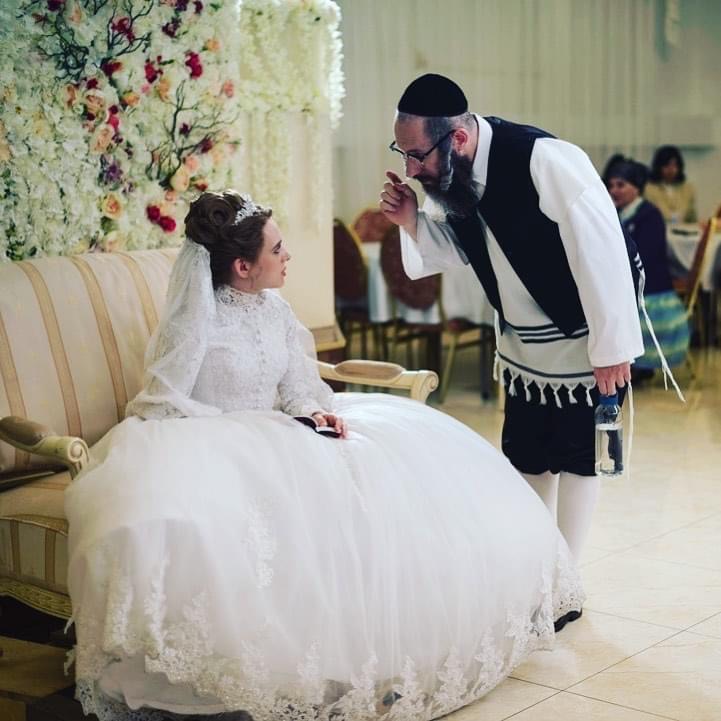 I worked on it and came up with something I thought captured the spirit of it. But then she said, “Now we need to get it down to a minute and 40 seconds.” But I’m very, very pleased with the result. You really feel like you’ve experienced an entire Hasidic wedding.

The wedding had so many moving parts, and there was also a time crunch. We had this location for only two days. And dressing 100 extras — the hair, the payes, the beards! And of course it was 100 degrees that day — we were in the middle of a heat wave; it was probably the hottest day of the summer in Berlin.

We tried to get as many Jewish extras as we could; we tried to find basically every Jew in Berlin to come and be a part of it. But there were only so many. So ultimately, it was me in a room of Germans, teaching them how to effectively blend as Jews. And that was so deeply ironic.

How do you respond to those who say Unorthodox doesn’t show true Hasidic life?

We go to great pains to paint Esty and her family as being highly unusual… Part of the problem is people’s inability to appreciate nuance. But as far as the actual rituals, the practices, the dress — all these little details that are really necessary to portray this world accurately — no one takes issue with any of that. And, in fact, I’ve got so many messages from people saying, this was their life, their mother, their aunt. People who feel they are being heard for the first time.

What was your journey to leave the Hasidic community like?

This went on for a while, an internal battle with religion that went on all through my adolescence. Sometimes I vacillated between being extremely pious and Hasidic, doing things like fasting and going out into the woods with God alone; waking at the crack of dawn and immersing myself in the mikveh; very, very radical things for a teenager to be doing. And then I would just kind of break and for months do nothing but look at porn. So, it was this kind of intense struggle between good and evil growing up. It was incredibly traumatic. It was the loneliest feeling in the world. 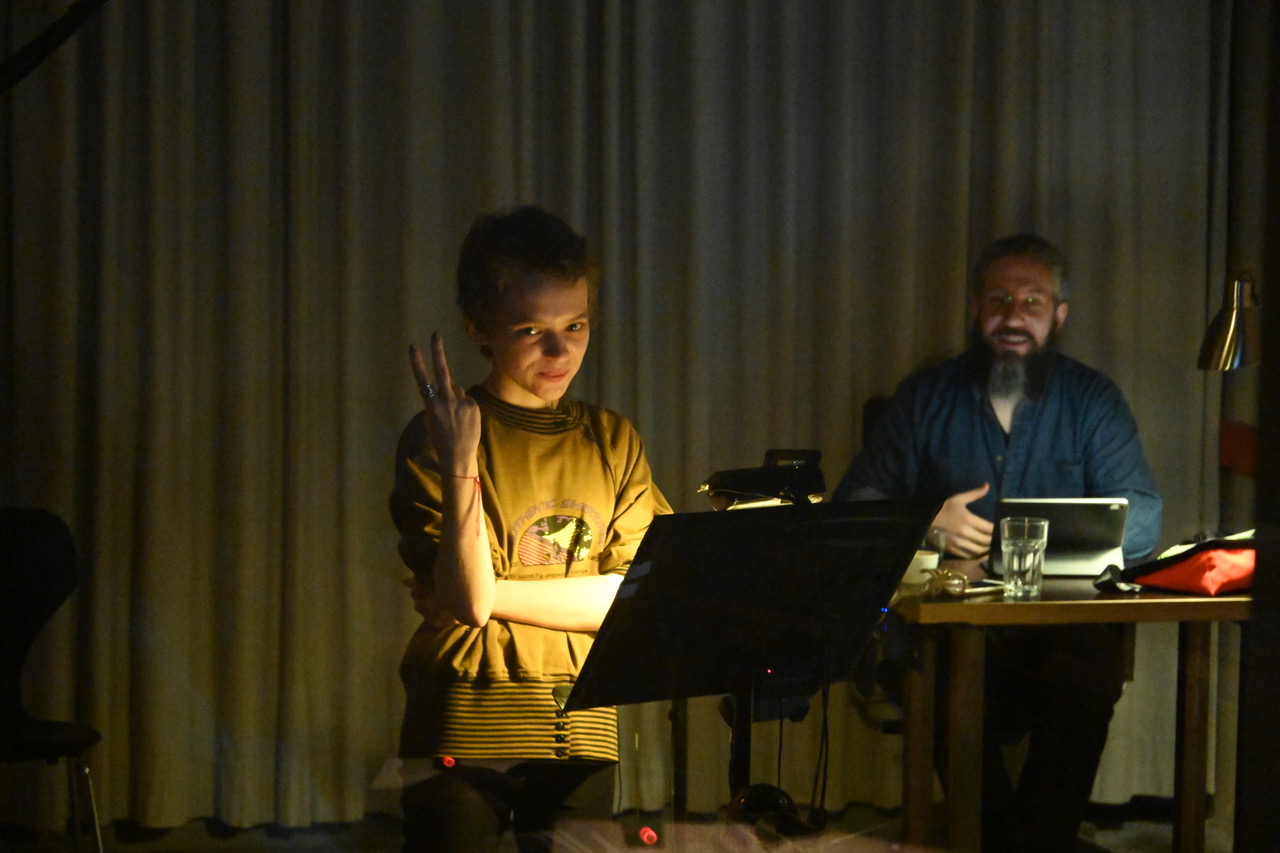 One of the things that really stands out, and that’s a real failing of Orthodox Judaism — or any kind of system of orthodoxy — is the way it indoctrinates children to hate themselves, to hate their bodies [and their sexuality]. This is the true cruelty.

How is this manifested in the show?

That’s largely expressed in the sex scenes between Esty and Yanky. Some have said that those scenes aren’t true because Hasidim do have passion and sensuality. Ideally, sure. But nobody teaches the kids to do that. That’s the problem — they are ignorant of their own tradition and they don’t have proper sex education, because these subjects are taboo. And it takes many of these couples years and years to figure it out.

Was the show triggering for you? In what way?

The show was psychologically triggering in so many ways. For me, the most triggering part, besides playing the rabbi, was the penultimate scene when Yanky cuts off his payes in the hotel room. It was such a fraught scene, and for me, it was such a powerful trigger because I also cut my payss off when I ran away when I was 12. And Esty tells him: “It’s too late, don’t you get it? It’s too late. There is no coming back from this.” I’ve seen that scene so many times, and it still gets me, every single time.

What do you want viewers to take away from the series about Hasidic life?

That it is as nuanced and multifaceted as life itself; that there are heroes, and villains, and everything in between. We might dress in black and white but we’re not black and white. Our stories are very universal —and that’s what really nuanced storytelling does. That was really my one mission on this project.

Have your parents seen the show?

They won’t admit to watching it, but they’ve seen parts of it, certainly. And they liked that I played this very holy character, and told me they thought I looked wonderful in my costume. And they said: “This could have been you in real life.”

Image of Shira Haas and Eli Rosen by Wolfang Thaler/Netflix