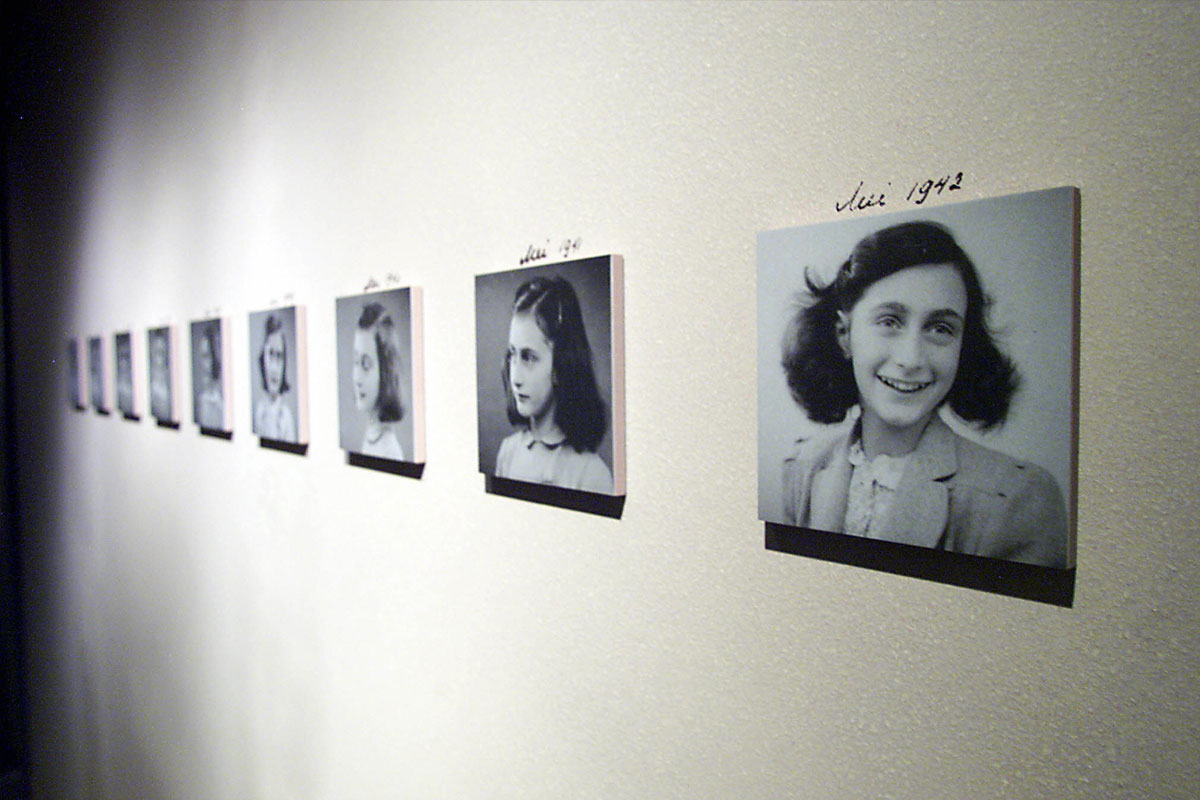 When I was a teenager, I imagined that Anne Frank was at my mother’s 15th birthday party. After all, they were the same age and they were both in the Bergen-Belsen concentration camp.

How did I arrive at such a fantastic conflation?

For one, who hadn’t heard about the gifted diarist? Expressing normal adolescent interests and concerns, Anne’s letters to imaginary friends helped her cope with the oppressive situation in “the Secret Annex.” I could picture the hiding place she described. I could appreciate her humor, wisdom and powers of observation. Though Anne knew that terrible things were happening, “The Diary of a Young Girl” does not touch the horrors of the Holocaust. Her book is relatable. Hopeful.

When I was a young teenager (about 13, the age my mother was during the war), my mother was restrained in what she shared with me. She worried that her experiences in Auschwitz and Bergen-Belsen would give me nightmares. She recalled and elaborated on her birthday party in a labor camp. The episode was relatable. Hopeful.

Eventually, after multiple conversations and into my college years, I learned the truth. Here is why Anne and my mother were never at the same place at the same time:

On August 4, 1944, SS-Oberscharfuehrer (Nazi squad leader) Karl Josef Silberbauer and Dutch police officers raided Prinsengracht 263, where Otto Frank ran his business. Searching behind the office’s bookcase, they found Anne and the seven others (Otto, Edith and Margot Frank; Herman, Augusta and Peter Van Pels; and Fritz Pfeffer) who had been hiding there for more than two years. They hauled the group to a detention center, a stop before Westerbork, the Dutch transit camp.

By this time, my mother had endured the harrowing journey from Sighet to Auschwitz. And the trauma of being separated from her parents and siblings on the ramp at Birkenau. For more than two months, she had struggled to survive in the shadows of the gas chambers and crematoria. Finally, providentially, she and her sister Elisabeth were sent to Christianstadt, a labor camp in Lower Silesia. In its neighboring munitions factory, she gouged holes in grenades, preparing them for pins. (She deliberately made the holes shallow, rendering the weapons useless.)

By October 8, the date of my mother’s birthday, Anne — having been deported with her family on the last train to leave Westerbork — had known the terror and depredations of Auschwitz-Birkenau for more than a month. A celebration of any sort would have been unthinkable. Meanwhile, in Christianstadt, my mother received gifts: slippers and a hat made of straw pulled from mattresses; flowers made of somehow-procured crepe paper. Had Anne been at my mother’s party, she would have had a slice of the cake decorated with a scene from Hansel and Gretel, made by women who worked in the SS officers’ kitchen, created at the risk of punishment for stealing scarce ingredients.

On November 1, 1944, Anne, her sister, Margot, and Augusta Van Pels were transferred from Auschwitz to Bergen-Belsen. It would be another four-and-a-half months before my mother encountered that hell.

With the advance of the Red Army in the winter of 1945, the Nazis hurried to evacuate concentration camps in the east. Bergen-Belsen, deep in northwest Germany, received the largest number of war-ravaged survivors. Without adequate shoes and clothing, with hardly anything to eat, they had suffered terribly on death marches and in overcrowded rail cars. Now they landed in a place without sanitation, clean water or habitable housing. A February transport brought typhus to the camp. Epidemics raged. Death was practically inescapable.

After witnessing the demise of Margot, Anne, emaciated and ill, also succumbed. No one knows the exact date, but it was likely within one or two weeks of my mother’s arrival in mid-March. More than 17,000 prisoners died that month. The dead lay in huge piles, or among the living in the huts.

By the time units of the British Second Army liberated Bergen-Belsen on April 15, half of the camp’s 60,000 inmates were recent arrivals. If not too far gone, they were able to withstand the final five days under Nazi rule, when no food or water was distributed. Those who were there longer had less of a chance. More than 13,000 died after the liberation. It took four weeks for the liberators to stem the tide of death.

My mother barely survived. On April 23 or 24 she was washed, disinfected and placed in a makeshift hospital room with 12 beds. Every day for three weeks, 11 dead were removed and 11 nearly dead filled the empty beds.

Even when I had the crazy idea that my mother and Anne Frank knew each other, I was aware that they were very different girls from very different backgrounds. Despite her family’s move from Germany to the Netherlands in the wake of the Nazis’ rise to power, Anne enjoyed the trappings of a privileged childhood: family trips, expensive activities, material comforts. My mother came from a poor family in an isolated Carpathian mountain town. The second of six children, she’d had big responsibilities — taking care of her younger siblings, tending to household chores and, by age 12, delivering orders for her grandmother’s poultry business. While Anne attended a Montessori School, my mother attended a provincial Romanian school. While Anne kept a diary, my mother kept a log of what customers owed. Beyond being Jewish (Anne’s family was secular; my mother’s, religious) the only thing they had in common was the developmental stage they were at when caught in Hitler’s murderous web.

Had Anne survived, she and my mother may have crossed paths. This was plausible; in hospitals and TB sanatoriums and, at one point, at an International School for teenage survivors, my mother was with girls who came from various socioeconomic groups. What they had in common was more significant than what they had experienced in their diverse prewar lives. Almost all were orphaned, sick and homeless. All had endured against all odds.

Had Anne survived, her mighty contribution to Holocaust literature would surely have taken a different tack. Readers would have had to be ready to learn the whole truth.