How to Make a Baby With Judaism, Science, and Old-Fashioned Love 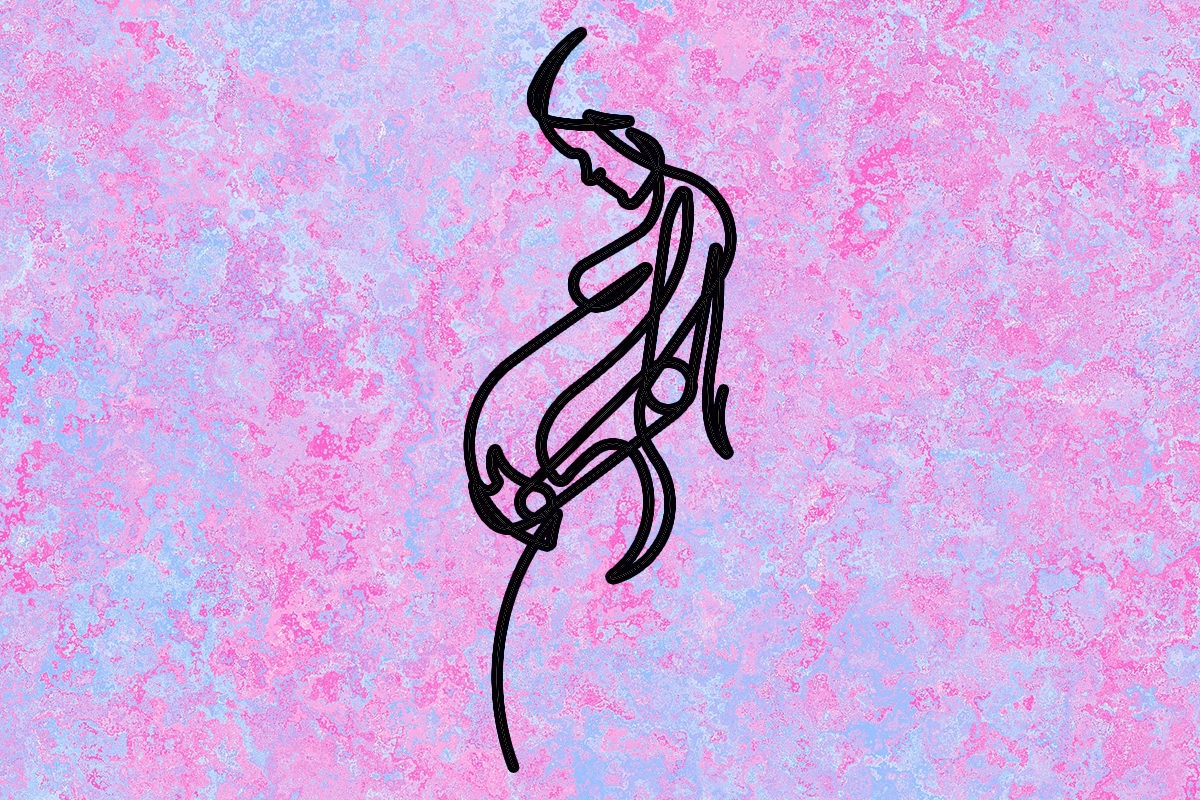 Dave and I were newlyweds in love. We knew we’d have kids someday — but not just yet. First, we wanted to enjoy our new bond as a married couple.

In a pre-wedding meeting, our officiating rabbi had explained that Jewish marriage was rooted in the connection of two individuals coming together. While Dave and I were hardly religious, we’d opted for an Orthodox wedding, as a large portion of Dave’s family lived in Israel and we wanted to keep our options open.

We were pleasantly surprised how the rabbi stressed the importance of our relationship — I guess we expected religion to be all about babies and breeding. His words even motivated us to choose Ketubah art with two trees rooted apart, branches intertwined, and leaves blowing in the same direction. Two distinct souls aiming the same way.

A year later, we were finally ready for children. Still, we refused to lose ourselves in the baby-making process. Instead, we decided to adopt a laissez-faire approach to conception — no digital tracking methods, or anything that sounded too gimmicky or stressful. We would try for a baby without trying too hard.

After months of romantic date nights and plenty of love making — in various rooms in our house, just to keep things spontaneous — we weren’t pregnant. I found myself eyeing those ovulation sticks at the drugstore, though I promised myself I wouldn’t.

Instead, we took a different approach: We turned to our pre-matrimonial Judaic lessons hoping that, on some level, it would help keep our relationship a priority as we struggled in the baby-making department. We decided to adhere to an incredibly loosey-goosey version of shomer negiah, or “careful to touch,” also known as taharat hamishpacha or “family purity laws.” In this Jewish tradition, sexual contact with a menstruating woman, or niddah, is avoided during her period and a week after until she cleans herself in the mikvah, a religious bath. The custom stems from the Leviticus passage, “Do not come near a woman during her period of uncleanliness to uncover her nakedness” (18:19). (The second week of abstinence was added to include a zavah, or a woman with an abnormal uterine blood flow, plus, for anyone, since it’s often unclear precisely when menstruation ends. )

In a pre-wedding meeting initiated by the rabbi, I met with an observant woman, Rachel, who had introduced the concept of niddah to me. She said many Jewish couples didn’t kiss, hold hands, or even sleep in the same bed during the forbidden period. “Isn’t that sexist?” I interjected as Rachel poured me tea in her living room. I was turned off about how the practice endorsed the view that a woman was shun-worthy and dirty during her period.

Rachel, however, rationalized it as a feminist-forward aphrodisiac of sorts. “It does sound sexist,” she acknowledged. “Yet it gives a woman almost half a month to develop herself as a non-sexual being, which is important too.”

This sounded like wishful thinking, but plain-looking Rachel oozed with sensuality. She reminded me of a belly dancing teacher I once had who had such control of her body; every angle of her came alive when she moved, eroticism sputtering from her pores. In Rachel’s case, her words held breathy pauses, and when she spoke air filled her heaving chest and then exited her lips as if she were kissing the air. I wondered if her bodily elegance came from obeying a sexual schedule, like she’d perfected a slow, sultry dance.

“This taboo also reminds couples that their bond is sexual,” she said. “Otherwise why would it be forbidden to hold hands for those two weeks?”

Her eyes widened and she continued, in a whisper: “In the mikvah, the woman says prayers and dunks under the water three times. Later that night, after the couple reunites, weeks of built-up tension is released. It feels like their first time together.” She let out a soft moan. My head cocked to the side. Hmmm.

I was almost hooked, but then she handed me white cotton bedikah or “check” cloths, which were like cotton tissues to be stuffed into the woman’s nether regions to find traces of menstrual blood, in order to know when to start counting the additional seven zavah days. (Apparently, a rabbi was to verify the cloth if there was any uncertainty.) This type of extreme behavior irked me, and whatever harmony I may have momentarily felt ended in a screeching cacophony.

But then, months into our unfruitful pregnancy journey, Dave and I realized we could approach niddah, too, in the same casual way we did other Jewish traditions. For example, on the occasional Friday nights when we lit candles, ate challah, and drank wine, we felt no qualms about substituting the traditional Kiddush with “cheers!” If Dave and I could observe niddah in a similarly interpretive fashion, it would be like following an on-the-sly version of the calendar method, since delaying sex until one week after my period ended should be right on time for ovulation.

Dave went along with my plan like a sport, though our version of niddah was hardly restrictive. I refuse to feel shunned for menstruating, so we held hands and kissed throughout the forbidden period — we just kept things at a PG-13 level.

Also, instead of cleaning myself up a few days after my menstruation ended the way Rachel had explained — by, for example, scraping my nails clean — I had a manicure, pedicure, and facial at the local salon. There’s no mikvah in the small town we lived in, so I dunked in a river on our property. And rather than saying any traditional prayers, I gave thanks for having each other, our friends and family, and our sweet home.

Afterwards, I put on my favorite lingerie and a plunging dress. I poured myself a glass of wine while I did my hair and makeup for our dinner date. Turns out, the ritual was so effective in building anticipation that Dave and I hit the sheets before dinner. While it didn’t quite feel like our first time, our touches had a special charge thanks to all the effort. A slow, sultry dance, indeed.

Meanwhile, three months later, we still weren’t pregnant. I dialed up a reproductive endocrinologist, but since the appointment was months off, I asked Dave to schedule a checkup.

And therein lay the problem: Turns out a hernia operation Dave had years ago had caused scar tissue to build up, resulting in an accidental vasectomy of sorts. With our fertility problem diagnosed, we had options. Dave could undergo an eight-hour vasectomy reversal, which could partially clear one side of the damage. Or we could do ICSI, Intracytoplasmic sperm injection. It was similar to IVF, but instead of loose sperm competing for my harvested egg to create an embryo, one single biopsied sperm from Dave’s testes would be implanted directly into it. While more sterile than appointment sex, and more methodical than counting niddah days, ICSI had scientifically sound success rates. We went for it.

Dave and I promised each other we’d try to keep the mood romantic, even with our growing desperation. After Dave injected me with needles each night, I enjoyed a piece of chocolate afterwards, and he sipped on wine. We went back to prioritizing the Jewish idea that had initially resonated with us most: that our relationship should take center stage.

Two weeks after the embryo transfer, the phone rang. “Good news,” the nurse sang. My arms up shot up in triumph. Of all the months we’d been trying, this chosen being made it to the here and now.

Nine months, 13 hours of labor, and an emergency c-section later, I held my spectacular baby in my arms. He smelled like newborn bliss. We were so lucky to live in a time when we had so many medical options, and religious freedoms, to help us love, hope, survive, and thrive.

We named our baby Moses. He was created with the help of science and good old-fashioned love. I also like to think that, due to our creative efforts to conceive, he has an extra touch of Jewishness, too. And similar to the illustration on our ketubah, Moses, too, was his own tree, with his own roots, blowing along in perfect harmony with us. 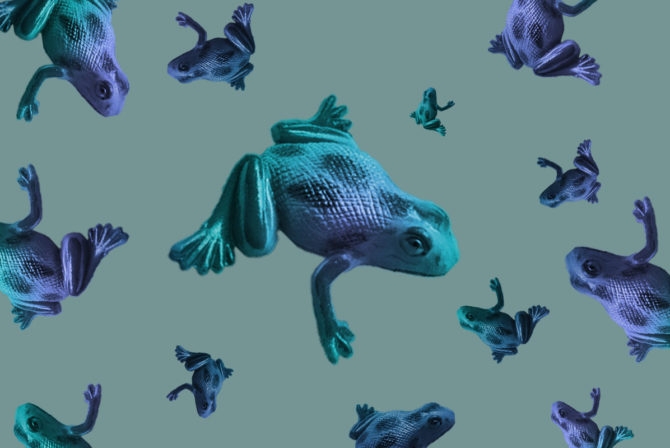 Pink, Recovering from Coronavirus, Honors Her Jewish Mom With a Major Mitzvah

Netflix's 'Unorthodox' Is Yiddish, Feminist, and Just What We Need Right Now