I Swore I Wouldn’t Be a Yelling Mom. Then I Had Kids. 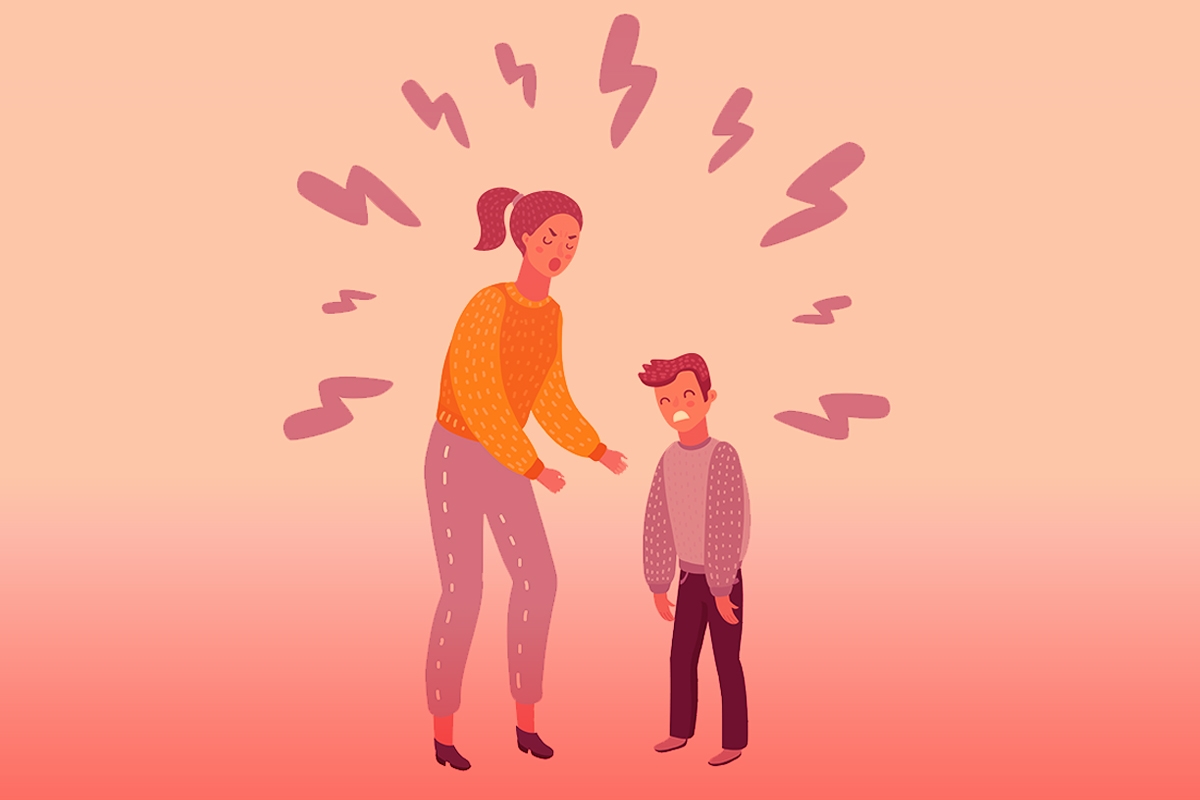 Mornings were a nightmare when I was growing up. They began with cuddles in my mother’s bed, descended into chaos as she coaxed us into school clothes, yelled us into outerwear, and threatened us into the car.

When my first child was born, I swore that I would never be a yeller. I would take deep breaths, I vowed. I would be understanding, and I would not crush my children with a raised voice.

Our mornings begin with cuddles on the couch, while my husband puts on a pot of coffee and we bumble around until we have to leave for school.

Except somewhere in there, school clothes, winter coats, and face masks must be donned. Backpacks need to be packed, Covid screening questionnaires have to be filled out, and, finally, two little girls must be coaxed into their stroller.

Even with time to spare, I have little patience for the 10 minutes toddlers take to put on a pair of pants, or the way they want to do it themselves, but need help, but not like that. I’m agitated when, during our morning cuddles, they wander off the couch and onto the kitchen counter — and how they climb right back up as soon as I take them down. And starting my day with incessant whining makes me want to rip my damn face off.

Still, this behavior is expected. It’s manageable. I’m grateful to be able to usher them off to in-person school by 9:00 a.m. most mornings.

Yesterday, though, we had a rough morning, as my 4-year-old will tell you.

Miss Two woke up kvetching and didn’t stop. Miss Four wanted to wear a fancy dress to school, and a meltdown ensued when I explained, for the squidillionth time, that she has to wear her uniform. She wanted a bagel for breakfast, but I didn’t have any, so she threw a book across the room. Along the way, there was the usual complaining and dawdling, counter-climbing and fighting, whining and plain old not listening. Along the way, I started raising my voice. Finally Miss Four put on her winter coat, only to discover that it was suddenly too small and unwearable. Cue a tearful demand that I change her coat right now.

Cue my brain filling with cement, arms shaking, breathing at a halt. Cue yelling and changing out the coat with a little too much force. Cue everyone in tears.

She just cried harder, which did nothing to calm my rage or soothe my guilt.

I remember scenes like this from my own childhood well — except now, I’m the mom. I get it now: My mother was stretched thin, exhausted before her day had even begun, trying her best and worrying that it still wasn’t enough.

But I also know how my daughter must feel: terrified, crushed. Responsible yet powerless.

Yes, her behavior triggered me. But she isn’t responsible for my behavior — I am, and I decided it’s time I do something about it. So I got on the phone with Sarah Chana Radcliffe, bestselling author of Raise Your Kids Without Raising Your Voice, to find out how I could keep my cool.

She confirmed my hunch that deep breathing wasn’t going to cut it.

When you’re triggered by your kids’ behavior, she explained, you go into fight or flight mode. In this mode, in this particular let’s-get-out-the-door situation, the worst-case scenario is that we’re going to be late for something. “But the energy we’re putting into it is as if the house was burning down,” she said.

If the house really was on fire, you’d jump into action, running and yelling. But the house isn’t on fire, the kids are just acting out. Moving quickly and yelling isn’t the solution here. In doing those things, she said, “we’re actually adding more of that chemistry and getting crazier by the minute.”

A good way to get out of fight or flight mode is to sit down, she suggested, have a snack or a drink, and stop talking or lower your voice. This lets your body know that there’s no imminent danger and allows you to calm down and respond appropriately to your children. Instead of being pulled into their chaos, they may actually begin to mirror your calm.

It seems counterintuitive and feels almost impossible to slow down while you’re already running late, but it may actually get you out the door faster. Adrenaline pumping through your body may help you rush out the door when you’re alone, but to get your kids going, your brain needs to function at full capacity, which is hard to do with all that adrenaline. Taking this time to slow down might cost you a minute, but once you’ve recouped your critical thinking skills and regained control, you can get everyone out the door far more efficiently — and hopefully arrive where you’re headed without feeling like the sky is falling.

After our call, I felt a bit more fortified for another morning with young children. I took her advice to set my expectations low, and prepare myself for my kids to act like… kids.

When they refused to wear the clothes I’d laid out and began to melt down, I refused to be sucked in. As they raised their voices, I lowered mine, and I felt myself maintaining control — if not over them, at least over myself.

When they began fighting over toys, my brain began filling with cement. I prepared to jump into action. Instead, I sat down on the floor and spoke softly. To my surprise, the cement dissipated. They wanted my help, so they lowered their voices, too, and we figured it out.

When they ran around, ignoring my requests to get into their winter coats, I went to the kitchen for a glass of water. I returned when I’d gotten a handle on myself and could now handle them. I took a breath and gently helped them into their coats and boots. I bet them that they couldn’t climb into the stroller before I finished counting down from 10. It’s a game that almost always gets results, when I actually remember to employ it, instead of just screeching demands.

It was work. By the time we got out of the house, I was exhausted, just like every other day. But I was proud that I hadn’t lost my cool. They had melted down plenty, but I hadn’t raised my voice once.

As we left the house, my 4-year-old said, “Today we had a beautiful morning.”

I know not every morning will be this beautiful, but I hope it’s ones like these that she’ll remember.