I’ve Got a Case of Bubbe Envy 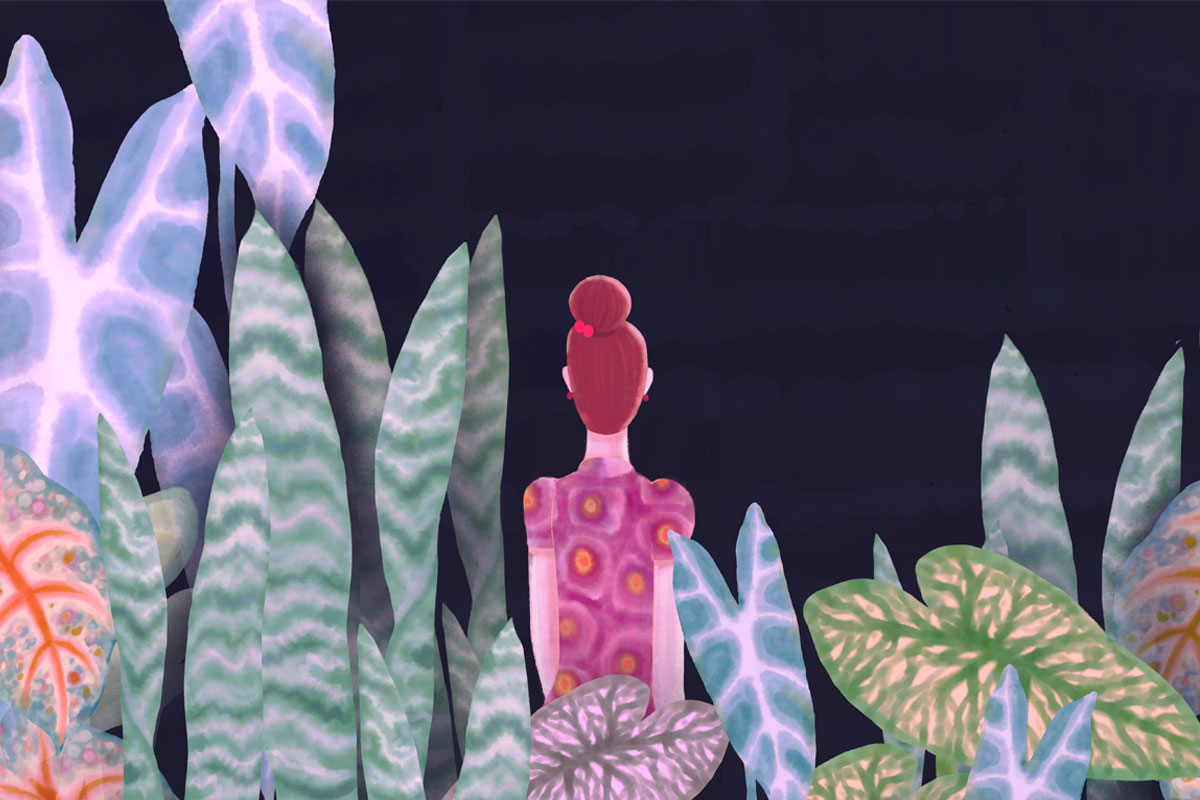 At the Jewish preschool my children used to attend, I secretly stalked all the Bubbes. Waiting outside the classroom by the gate, where each adorable kid’s picture was pasted surrounded by a Star of David and blue-and-white hearts, the grandmas chatted with each other in their cute, short haircuts and fashionable-but-orthopedic sandals.

They were waiting for that big moment when they would reunite with their grandkids. Some were fancier than others, from the one with the designer sunglasses and Porsche (Wednesdays) to the other with the knit satchel and beat-up station wagon, whose days were clearly Tuesday and Thursday. No matter their wardrobe or economics, they all lived to spoil the grandkids with kisses and a post-school ice cream cone.

Standing there watching these reunions always made me envious. It seemed so unjust to have nothing like these other moms did in enjoying help from a beloved family member. In fact, some temple parents complained about over-involvement from family, with an interfering mother-in-law and a highly invested mother of their own battling it out for grandparent supremacy.

See, I never had the stereotypical tight-knit Jewish family. My parents divorced when I was young, and, over time, my mom developed depression, fatigue, outbursts of anger, and memory loss. She hasn’t driven in a decade. She’s in her late ’70s, but appears older. Years of fighting unsuccessfully with her and her husband to get her some help resulted in a highly strained relationship. My husband’s mother died of alcoholism when he was 28, in our second year of dating.

Therapy and I are well acquainted, so, as my kids grew up, I tackled these feelings. I learned that my intense curiosity about functional grandparents was rooted in sorrow about the lack of parenting and family cohesion I myself experienced as a child. Missing the backup from blood relatives had been partially behind my decision to stay home to raise my three daughters, even though the finances were not in place to make this go smoothly.

I also identified that my mother’s up-and-down behavior made it too emotionally draining to be a mainstay for her, overloaded with caretaking as I was at my own home. I bore enormous guilt, but I finally reached a new level of acceptance about what I had in life, and what I did not.

Then, the pandemic hit. My “Bubbe envy” soared again.

As COVID-19 tore up our lives, pictures appeared everywhere of families forming multigenerational pods. In fact, by June 2020, a fifth of U.S. adults had already relocated as a result of the pandemic, according to Pew Research — and 41% of them moved in with parents or in-laws.

While many might have been millennials leaving cities (and their lost jobs) to restrategize back home, the shifts I heard about involved the parents of today’s parents. After all, with the pandemic forcing the closure of schools and aftercare, this generation’s mothers had no choice but to turn to that old standby: their own mommy.

My social media was flooded with announcements involving grandmas (and a couple grandpas) pitching in. One family had grandma move across the country to help with remote learning.  My own stepsister, after years of debating whether to pool resources with her mom, realized that life is short. She and her husband (and two kids) bought a beautiful house with a detached guest house for grandma. It’s working beautifully.

But underneath this grown-up approach lurks a swirling emotional chasm. It’s filled with things I don’t want to acknowledge. There’s sadness at not having had the family of origin I craved, but also a shameful rage at maternal abandonment.

My COVID-induced family loneliness also resuscitated that old resentment at being the product of a broken home. Having parents who had kids crazy young, like many other Gen X-ers, meant my mom and dad spent my childhood dating and puzzling out their own dramas. That’s different from many millennials I know, whose parents got together at a later age and spent their kids’  growing years rooting for them at the afterschool activities I wasn’t sent to.

Although I wish I didn’t have all these imperfect feelings, there’s also a justifiable anger that’s not mine alone. I’m a citizen of a supposedly advanced country, yet it’s the only developed economy that doesn’t guarantee maternity leave, and is the sole nation in a list of high performers, from South Korea to Spain, that doesn’t offer early childhood education, according to U.S. News and World Report. Looking at how difficult it is to raise kids in this country, no wonder I fantasize about a bigger and better village to offset the lack of systemic help for parents.

In the end, I need to give myself a break. Social distancing reinforced many people’s loneliness, not just mine. And while I never had the in-the-trenches support of blood relatives in raising my kids, it’s fantastic that millions of grandparents got more involved during the pandemic.

Looking ahead to a time when everyday life feels like less of an emergency, I’ve promised myself to be happy for those women who do receive life saving help from their own matriarchs. I begrudge not one struggling mom out there the gift of a vibrant grandma in their kids’ lives.

I might not have gotten the picture I craved — a noisy, loving Jewish extended family bantering and passing challah and family recipes across the table — but I have wisdom now about acceptance. I’ve learned, deep in my bones, that the only thing I can control is my outlook. I can work on new emotional patterns in the family I created with my loving spouse.

One day, this awful period of our history will be long past us, and my children will be adults. The disease and economic destruction the pandemic caused will be examined in some history book my own daughters’ children will read in class.

They’ll exit the school, and I’ll be the Bubbe waiting at the gate.