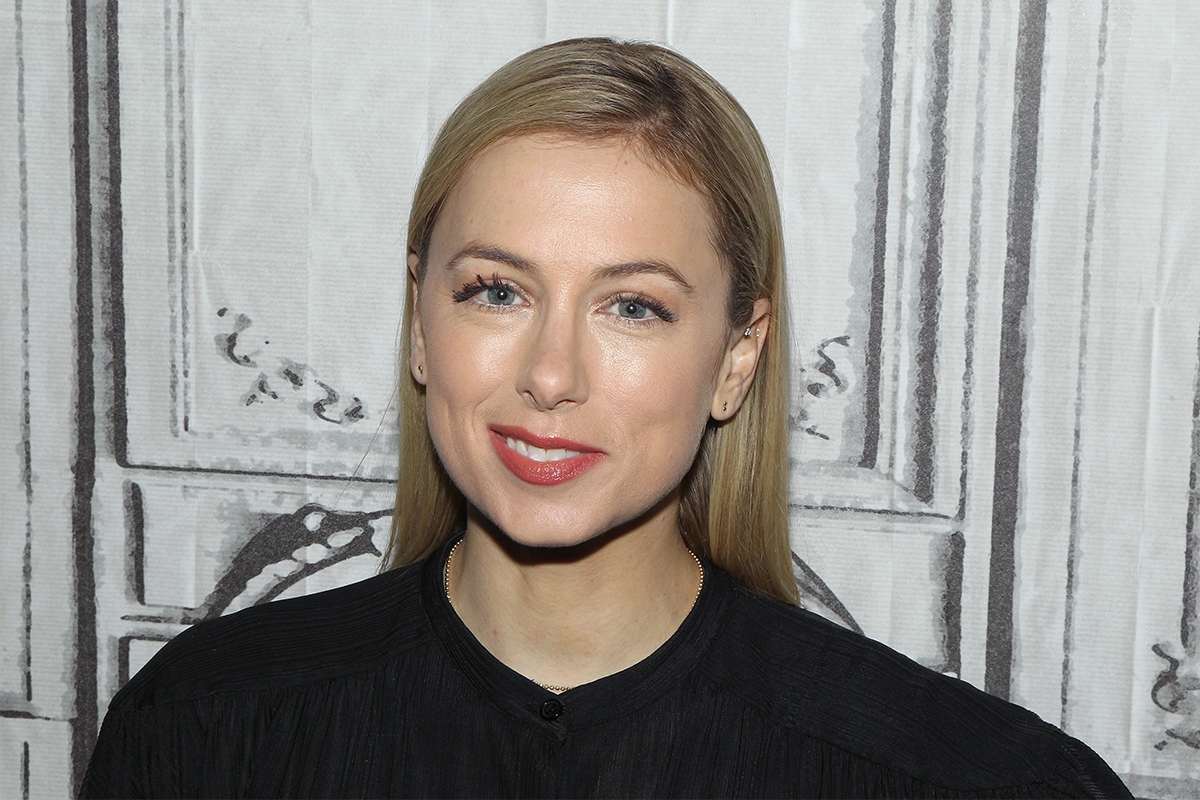 One unexpected joy of the last few years has been watching all my favorite millennial comedians start their journeys into motherhood. This is not because I think everyone should have kids — it’s because it’s meant a slew of excellent jokes and relatable social media posts perfectly timed to assuage the woes of all of my early parenting milestones. Yes, thank you female comedians, for catering personally to me.

Now, another excellent (and yes, very Jewish) comic is about to join the fold: Iliza Shlesinger, who rose to fame after winning “Last Comic Standing” way back in 2008 (she was the youngest person to ever win the reality competition). The extremely prolific and extremely funny comedian recently announced that she’s expecting her first baby in January 2022 — and she’s already providing some very spot-on on material about pregnancy.

If you don’t know Shlesinger (and honestly, you should), you can watch her five comedy specials, her first full-length feature film and her sketch show on Netflix. (I said she was prolific!).

The 38-year-old announced her pregnancy in proper stand-up comic fashion: on stage. The video of her declaration is definitely giving my recently postpartum self some serious feels.

“I was so excited to be able to do this show tonight,” Shlesinger told the crowd earlier this month at her comedy show in her home state of Texas. “And, of course, we had to move this concert to a different date because of Covid. And, recently, I had to move a lot of tickets for a scheduling conflict, I just wanted to say it’s because I’ve been working on a very big project, and you’ll be able to see it in January.” Here, Shlesinger’s voice breaks with excitement as she cradles her bump; I may or may not have audibly “aw-ed.”

The audience at the San Antonio theater cheer loudly as the lights in the room turn pink — which also was Shlesinger’s take on a gender reveal. It was so low-key that many in the audience didn’t even notice, and honestly, I really dig Shlesinger’s approach to the (let’s face it, quite harmful) tradition of the gender reveal.

Shlesinger will be spending the majority of her pregnancy doing her Back in Action tour. “I’m gonna tour this body until the wheels fall off,” she said in the interview. “I negotiated until December 4 and I’m due sometime in early January.”

Shlesinger, who was bat mitzvahed and even went to Israel as a teen (she once lamented being rejected from Birthright because she had previously travelled to the Jewish state),  says that her comedy is very much inspired by Judaism’s seeking of the truth. “Judaism is so steeped in asking, ‘Why?’ Rabbis and men sit around in rooms all day questioning Torah. I think that trickles down in questioning other things,” she said in 2016 interview.

The comedian was born in New York City but grew up in Dallas. “There’s a lot of Jews there, you know, growing up you always feel a little out of place because our holidays have not fun names like Christmas, we have Yom Kippur,” she explained to RuPaul in a late night interview this week.

“You bond with the kids and always feel other and different… and then you become a comedian,” she quipped.

“My husband is half-Jewish, half-Italian and I’m just all Jewish all of the time,” Shlesinger told RuPaul about her husband, Noah Galuten. The pair got married in 2018 under a floral chuppah, with Mayim Bialik in attendance. Galuten is a chef and James Beard-nominated cookbook author, and the two have a highly enjoyable weekly live cooking show that they stream on social media together (I recommend not watching on an empty stomach).

In the same interview, she also lamented how people can’t pronounce her name. “The world can say Schwarzenegger but it cannot say Shlesinger,” she said. When RuPaul started positing reasons why, Shlesinger interjected: “I think it’s the antisemitism.”

She also joked about the truly awful term “geriatric pregnancy” which is, for some reason, still used to describe pregnancies for women over the age of 35.

“I’m 38, and everyone who has a child after 12 in this country, you’re therefore a geriatric pregnancy, and I resent that,” she told the “Drag Race” host. “Where’s my early-bird special, where’s my AARP, where’s my free toffee in a dish, where’s my Werther’s Original… when can I say racist things and it’s OK?”

Preach, Iliza! I selfishly can’t wait for more pregnancy and parenting truth-bombs from Shlesinger, and all of us here at Kveller wish her a hearty b’sha’ah tova.