Kate Middleton Has an Emotional Video Call With Holocaust Survivors 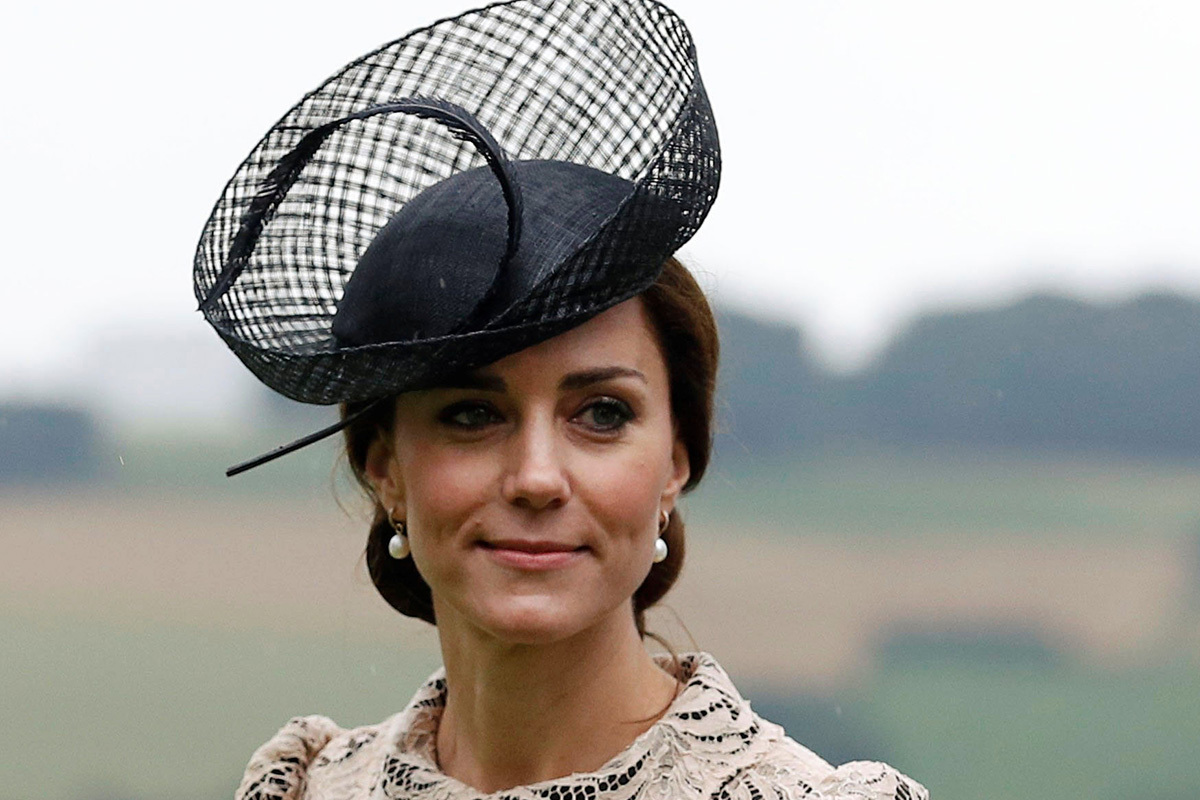 This morning, in honor of International Holocaust Memorial Day, Kate Middleton, the Duchess of Cambridge, met with two Holocaust survivors over an emotional video call. As reported by the Times of Israel, the two survivors, Zigi Shipper and Manfred Goldberg, had met the royal couple three years ago: They accompanied Prince William and the Duchess on a historic visit to Stutthof concentration camp in Poland in 2017.

During the conversation, Shipper and Goldberg recall the 2017 meeting as a “highlight of their lives.” When Goldberg pulls out a photo from that day, Kate, sitting in a beautiful living room with two green plants — very “on brand” for Tu Bishvat, a Jewish holiday that this year begins on the same day as International Holocaust Memorial Day — smiles and says that it “seems like yesterday.” You can watch the entirety of the moving 18-minute video here:

The video call included Shipper and Goldberg — whom the Duchess calls by their first names — as well as youth ambassadors from the Holocaust Education Trust, a British charity that aims “to educate young people from every background about the Holocaust and the important lessons to be learned for today,” according to their web site.

Goldberg, who was born in Kassel, Germany, was 11 when he was first sent to a Nazi labor camp. At one point, Goldberg recalls that he lied to the Nazis, saying that he was 17 rather than 14 — which made him more eligible for physical labor rather than immediate execution. Goldberg had the distinct luck of being reunited with both of his parents in England after the war, remarking that this blessing was “one in a million” for Holocaust survivors. His reunion with his parents was bittersweet, however, given that his younger brother was killed in a concentration camp at age 9.

As for Shipper, who was born to a Jewish family in Poland, he was kidnapped on a train to Auschwitz and ultimately sent to a labor camp. After traveling to multiple camps — and making close friendships with fellow Jewish boys, including Goldberg, in camps throughout his childhood — after the war, he was finally reunited with his mother in England. Upon arriving in England, Shipper remembers, “I had everything I wanted but I did not have my friends.”

Kate adds that she is very glad Shipper ultimately made a beautiful life for himself in the UK, remembering that he met his wife in England. “And today have two daughters, six grandchildren, and five great grandchildren,” he says. “What a life I have.”

Kate — who is, of course, herself a mom of three: Prince George, 7; Princess Charlotte, 5; and Prince Louis, 2 — remarked on the pair’s incredible resilience, and that their commitment to educating the next generation shows “extreme strength and such bravery.”

At the end of the call, two youth ambassadors joined to discuss their commitment to Holocaust education. Kate offers her appreciation for their work, noting, “All generations have a role to play in making sure that the stories like we’ve heard from Zigi and Manfred today live on and ensure the lessons we learned are not repeated in future generations.”

This video call is an incredibly meaningful way to honor — in a pandemic-friendly manner — these remarkable Holocaust survivors. This is not the Duchess’s first meaningful tribute on International Holocaust Memorial Day — last year, Kveller reported that the Duchess created a poignant series of photographs with Holcaust survivors and their grandchildren in collaboration with Holocaust Memorial Day Trust, the Jewish News, and the Royal Photographic Society.

While it would have been impossible to recreate that kind of face-to-face tribute in this moment of coronavirus, Kate’s effort this year to honor the experiences of Jews in the Holocaust was both thoughtful and powerful. Thank you, Kate, and our hearts go out to all of our fellow Jewish families who were affected by the Holocaust. This Holocaust Remembrance Day, and every day, let’s continue to share survivors’ remarkable stories of triumph over tragedy.