Like Bernie Madoff, My Dad Ran a Ponzi Scheme 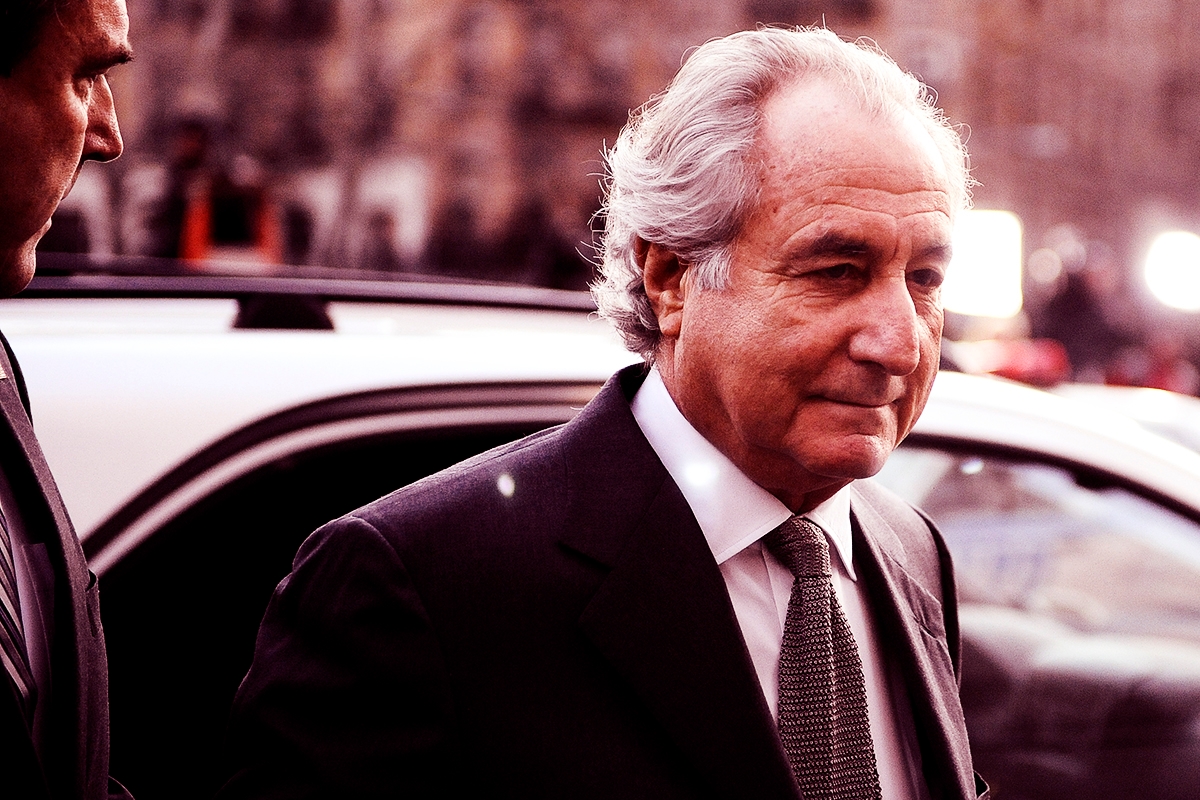 I am the daughter of a Bernie Madoff — a fraudster, a charlatan, a Ponzi supernova.

Like Madoff, my father swindled and charmed his immediate family, his closest friends, his business acquaintances, and Jewish charities.

Like Madoff, he was imprisoned for his crimes. And, like Madoff — who died in prison last week at age 82 — he died alone.

I wanted to smash my computer against the wall when I read the statement from Madoff’s lawyer about his notorious client: “Bernie, up until his death, lived with guilt and remorse for his crimes,” Brandon Sample said. He added, “Bernie was by no means perfect. But no man is.”

“Look,” Madoff said once in an interview, “imagine going home every night not being able to tell your wife, living with this ax over your head, not telling your sons, my brother, seeing them every day in the business and not being able to confide in them.”

The nightmare was about him.

This, too, felt familiar. I’m 18 again. My father, Eddie, has been released after 15 years in prison for fraud and embezzlement. We are sitting in his small nursing home room, where he lived after completing his sentence.

I am trying so hard to forgive him. I dream of our eventual recovery, of his apology. I wait for the remorse, for the happy ending, for a different trajectory.

“Why did you do it?” I whisper, the question I have always wanted to ask.

In a flash, I remember. It’s always about them.

“Brace yourself,” a stranger said to my mother in 1982. She was 37 then. She was confused, looking down at the scribbled address my dad had given her that day to meet him for lunch. She stood in front of an isolated building, a law office.  That’s when she learned that the stranger was attorney Murray Miller, and Eddie — her husband, my father — was accused of stealing over $2.5 million from the Jewish community in Paradise Valley, Ariz. Later, she would learn more: that Ed forged her name and left us penniless.

I don’t remember that day. It’s a complete blank. I was 3, the same age as my youngest son now. I don’t remember my mom locking me, my brother, and sister in her room after she left the lawyer’s office, terrified of her husband. Did she pretend it was a game, this giant sleepover? Did she tell us that night that our dad did a very bad thing? Who exactly was the person we called Dad, and what was he capable of?

Within a week, we moved into our grandparents’ house. Nine months later, we moved across the country — away from the relentless press, the treacherous trial, the angry neighbors whose retirement funds he had emptied, the private detectives who would knock on our door at 7 AM.

Madoff, of course, rose to infamy for running a massive, $17.5 billion Ponzi scheme — possibly the most destructive one in financial history. In the 12-plus years since he first became a household name, I think many people have forgotten that it was Madoff’s eldest son, Mark, who turned him in.

But I always remember. I have a sense of what life was like for the Madoff children: Mark, who tragically died by suicide in 2010, on the second anniversary of his father’s arrest, and Andrew, who passed away from cancer in 2014. Overnight, children of embezzlers lose everything, from their physical home to the person they thought they knew.

Instantly, we are transplanted to a new inhospitable land, far from the world we knew. Some children will never slough off this shame; some will never untangle their broken hearts.

As a young girl, I spent my entire childhood and adolescence hiding this massive, embarrassing shameful secret, trying to fit in, to look and act “normal,” so no one knew I had a father so awful, so ruinous, that he was locked up from society. Each summer, I took his collect calls from prison at overnight camp, huddled near a rotary phone inside the smelly kitchen, but I always came back smiling at my bunkmates, pretending my mom had called. I knew how to present an invented version of myself, like never reacting to a playground game of  “good guys” and “bad guys.” I knew how to lie about my dad’s whereabouts, but lying also scared me because if I lied was I like him?  What legacy did I inherit?

When he stole from other prisoners, inside prison, my mother installed an alarm in our home. As a child, I knew how to always look over my shoulder. I saw threats everywhere, from the people he had wronged — both in and out of prison — to my best friends finding out, which was the worst possible thing I thought could happen.

When he was released from prison, he stole again, this time from nursing home patients and their families where he was living. This — plus his blaming my mother for his crimes —  was the end for me. He could not love; he could only harm. Thus, when my father dropped dead from a heart attack in 2004, we had not spoken in years.  When his first cousin penned his obituary, he wrote: To have known him was to have known a lifetime filled with highs and lows.

At first, I was mortified by these words. Even in death, my father was an embarrassment, complete with a pathetic one-liner to sum it all up.

Now, however, I have a greater appreciation for the honesty in this obituary, especially for a man who was never honest. At least Ed’s obit is authentic, unlike Sample’s indulgent account of Madoff, whom he calls “soft-spoken and an intellectual.” My father’s legacy is complicated, a burden for his children to carry, a life of highs and lows and if onlys.

Even if this legacy feels like a boulder on my chest, I continue to try and work out how he spectacularly failed us and, at the same time, how to move forward. And I am moving forward — that’s thanks to a deep belief that I am still deserving of an amazing, purposeful life; a mom who was our anchor, who always let me gather information about what happened; friends who never did care who my dad was (once I was willing to tell them); a husband, who, after feeling cursed for so long, makes me feel like the luckiest human alive; and, finally, the life-saving words of psychologist and author Martha Stout, who’s said, “do not redeem the unredeemable.”

Maybe I want the world to know I’m not scared of being hurt anymore. I am the daughter of an embezzler, but I am no longer afraid of being found out. I will not spontaneously combust when I tell people.

“Who is Bernard Madoff?” my 12-year-old son asks me. An alert pops up on his iPhone just before turning it in to me for the night.

“He was like Eddie,” I tell him, sitting on the edge of his bed, looking at his huge hazel eyes. Without my dad, there is no me — and thus no him. My two older kids know their grandfather stole money and went to jail, but it’s a reality that’s as far-fetched to them as living on Uranus. They have a loving father, who buries them in the sand at the beach, tucks them in at night, coaches their baseball teams, and shows up every day.

Who is Bernie? Here’s what I tell him: He was a bad man, but the bad man is dead, and we can all sleep a little easier. To my younger son, I say, “Sweet dreams little one. You can turn off your nightlight, there are no monsters under your bed.”