My Father Was Visiting Us in Israel When Covid Began. Now He's Here to Stay. – Kveller
Skip to Content Skip to Footer

My Father Was Visiting Us in Israel When Covid Began. Now He’s Here to Stay. 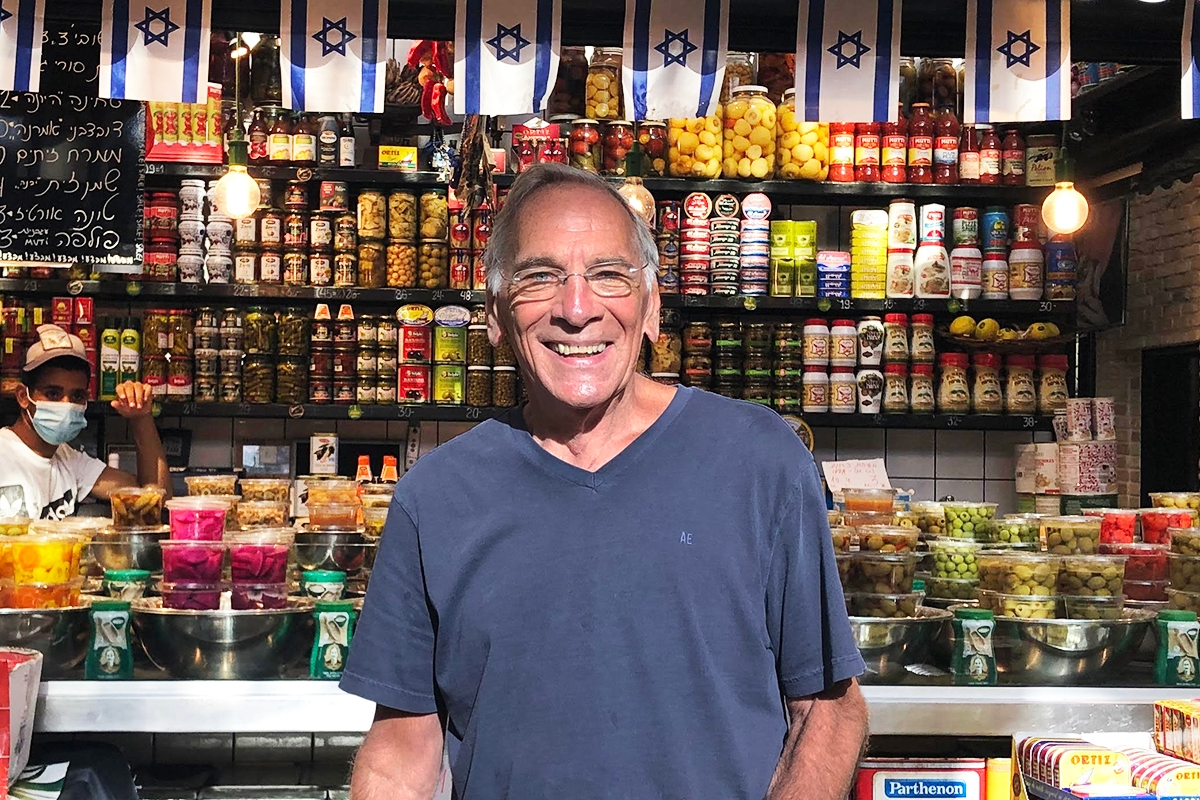 My father arrived in January, 2020 for a 10-week visit, his annual trek from Boston to Israel to spend a few months with me, my husband, and our children, who are 9, 8, and 4. Fifteen months later, he is still here. His flight back to Boston was just days after the country first shut down in March, 2020. Faced with the choice of staying in Israel without any insurance or benefits, or to exercise his right as a Jew and apply for Israeli citizenship, he chose the latter. By doing so, he changed not only his reality but mine as well.

Between the seemingly endless weeks — and then months — of working from home with three kids underfoot, there were countless forms to fill out, fingerprints and photos to take, and bank accounts to close and new ones to open. The bureaucracy felt overwhelming, as did the responsibility. The Zoom packing sessions — in which a gracious family friend spent 40-plus hours sorting through each and every one of my father’s belongings for packing, donation, or trash — really took the cake, though. I was already busy as a wife, mother, and head of an organization, and then I added full-time daughter to that list in the blink of an eye.

As we celebrate Yom Ha’atzmaut, Israeli Independence Day, the pressure to guide my father through the maze of being a new immigrant in Israel — at the same time that he reimagines his own identity and future — is even more acute. In many ways, Israel is the perfect place for him — the weather and tightly-knit communities encourage an ease of social connection I have not witnessed anywhere in the U.S. At the same time, however, overcoming the pricklier parts of Israeli society can take more than just sunshine and strong coffee, and things can get stressful at times.

When my husband and I moved here six years ago to live closer to his family and raise our children near the sea, I never expected my father to make this move. He is Boston born and bred — my father actually pulled a muscle in his leg from jumping so hard when the Red Sox won the 2004 World Series — the idea of him living in Israel was unimaginable. After all, Israel is very far away from Fenway.

My father had fully retired a year after my first son was born, with the goal of being a hands-on zayde, traveling with my mom, and watching every possible Boston sporting event. But when my mother passed away unexpectedly in 2015, the canvas of his future was wiped clean. Without work or the love of his life to inspire his time, the reality of his retirement changed. While my father had a full life in Boston — my brother and his family live there, and options for excellent Chinese and Korean food abound — I think Israel provided an escape from both the winter and from seeing a version of a life he no longer lived.

Getting my father through this major international move took more than just logistics and grit —  it took a reimagining of our relationship. For years, my father had been the one who knew everything. He was the one who took the lead, who made the decisions. (OK, I exaggerate — my mom made the decisions.) That said, my parents weren’t just parents — they were the parents that people told their secrets to and called when they needed advice. They managed to be smart and cool at the same time, while teaching me about fairness, kindness, and the importance of perseverance. But when it came to getting my dad through the aliyah process and his first months in Israel, empathy became my constant companion.

Parenting a parent is not a simple exercise — for the child or the parent. And it’s certainly not easy in a foreign country in the middle of a pandemic. My father, as many folks his age are, is stuck in his ways, not at all tech savvy, and unaccustomed to being told what to do (especially by me). There were days where I lost my patience and he lost his resolve, but we always came back together. As simple as it sounds, I began to view my relationship with him as I view the one I have with my three children. My father transformed from being the all-knowing parent to more of a partner in an adventure. Each process and obstacle became a challenge to overcome. Each setback became an educational opportunity. Each win was a celebration.

Despite Israel being a world leader in vaccinating its citizens — another positive for my father being here — and one of the first locations to reopen (after three intense lockdowns), managing this move was harder than I often admit. Don’t get me wrong. I love my father and I couldn’t be happier that he is literally five minutes down the street — he is learning Hebrew on Zoom, hosting my kids for sleepovers on Fridays, and drinking espressos in the corner cafes just like all the old Israeli guys. In essence, at almost 77, he is living his best life given the circumstances.

And while the challenges of living in Israel abound daily — Why isn’t the post office open during their posted hours? Why does the bank randomly close for two hours in the middle of the day? —  its positives continue to make me feel supported. Even in the middle of a pandemic, our small community of friends and family stepped in and up. Friends invited my dad for dinner. They helped install his cable, set his doctor’s appointments, and connected him to any local Anglo they knew. A year ago, this load felt like mine alone to carry. But as Israel opens up, my father’s social circle is growing and his confidence is increasing. In many ways, it is similar to watching my kids ride a bike or cross their first street alone —  I feel the same pride in each of his endeavors and successes. So if you happen to spot my dad on the street, please say hello, and make sure to speak to him in Hebrew!