The Pandemic Transformed Me Into a Live-In Jewish Grandma 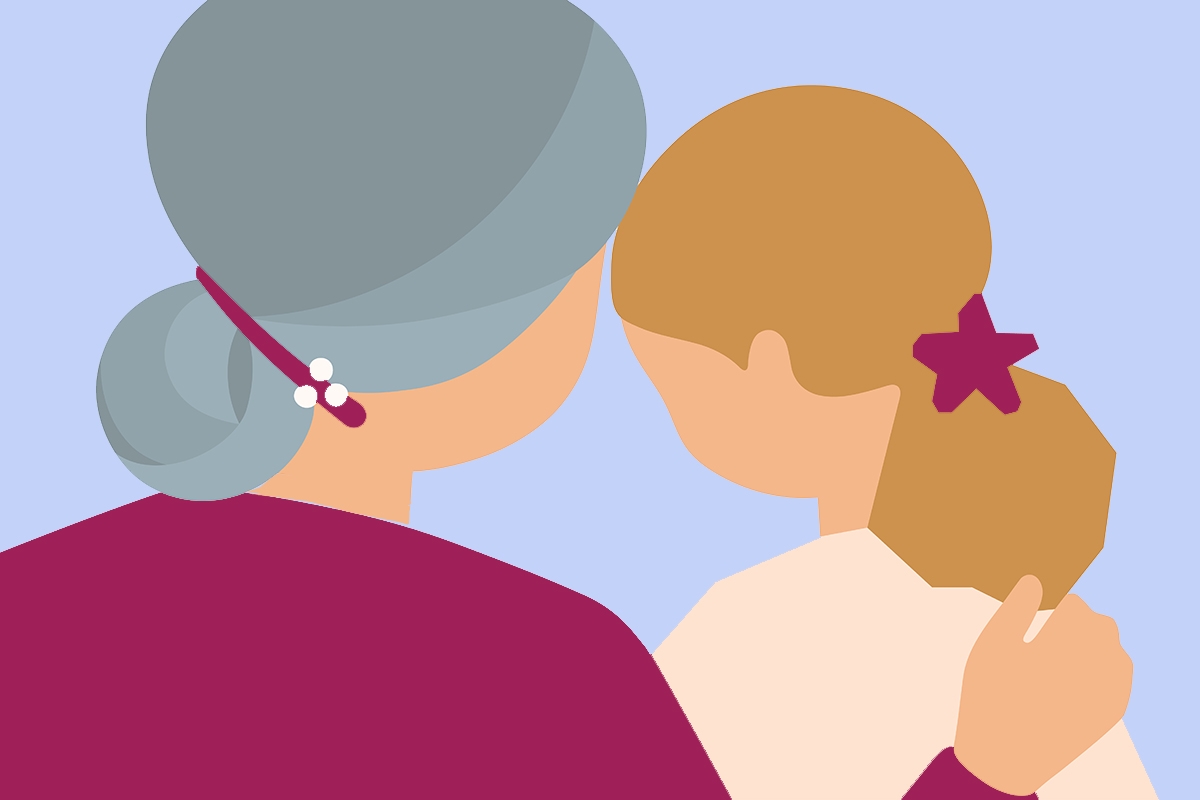 In late March, 2020, when New York was the epicenter of the pandemic, it seemed that everyone who had a place to flee to had fled the city. So when my daughter, her husband, and their two preschoolers rented a house on the East End of Long Island and invited me to join them, I said yes without a moment’s hesitation. I was giddy with excitement.

Although I typically saw my daughter’s family several times a week — we live close to one another in our respective Brooklyn apartments — becoming an instant extended family that lived together in a single household was something I never envisioned would happen in normal times. Of course, living in one household with one’s grandkids and adult children was very common among Ashkenazi Jewish families three generations ago. Back then, almost every first-generation family had a bubbe or a zayde living with them.

At the beginning of the pandemic, however, I didn’t know a single grandmother who was living with their children and grandkids. The majority of my friends are in their late 60s and 70s and most of them lived alone. They bewailed their inability to see their kids and grandkids. I felt for them, and I made certain to be tight-lipped about my good fortune and I did not share any details with them about my family’s daily doings. I tamped down my guilty pleasure by telling myself I was making up for lost time. I had retired from my career just weeks before the pandemic, and my time with my grandkids was always squeezed in. Once or twice a week, I’d come over for dinner, sleep over, and spend an hour and a half with them before trotting off to work.

Once we set up house on the North Fork, I became responsible for my grandkids during the majority of their parents’ work days —  though, through time, our schedule was modified to include a 2:00 nap time for me. (I rarely napped, however; I just needed to be horizontal for an hour or so.)

What I didn’t realize at the beginning of our living-together was, I’d have to immediately reinvent myself as a live-in Jewish Grandma. Previously, I’d been a Fun Grandma, making up silly games and happily reading the wee ones books and patiently walking them back to their beds if they popped up repeatedly like errant jack-in-the boxes after bedtime.

My reinvention required retaining 20 percent of my former 100 percent Fun Grandma persona and morphing the other 80 percent into a combination public safety officer, Zoom attention span-enforcer, and housekeeper. I developed a wrathful voice for moments when one grandkid was whacking the other one on the head with a blunt object. When my scary voice proved ineffective at such moments — the more time we spent together, the more the little ones totally ignored me — I’d tell them that, when I was naughty as a kid, my parents would give me a potch in tuchus. This invariably produced an immediate gale of giggles, thereby diverting them from their ill-advised conduct. My other, more silent disciplinarian technique consisted of furrowing my brow — this tactic was mildly effective, the main problem being that my previously somewhat-furrowed brow became irreversibly and deeply creased.

During the six months we lived together, I became a modern-day balabusta, up before the roosters wielding a mean broom and mop (preschoolers are notorious perpetual crumb-creators). I hasten to add I was doing this so early because I was awakened each morning at the crack of dawn by these two little pixies. They’d jump on my bed and beg me to enact our favorite make-believe game: I pretend to be a shipping clerk wrapping up what I thought was a sack of potatoes but which was, in reality, soft, squirming human beings.

I also re-upped an old skill I had mastered while caregiving my mother: Getting my grandson’s rump on the hump (the toilet seat) while simultaneously reminding him that urine and the part it emanates from must adhere to Newton’s law of gravity. I quickly came to realize that caregiving an aging and declining family member has many skills easily converted to the preschool set.

Of course, I also cherished the time I spent with my daughter and son-in-law; After the kids went to sleep, we’d occasionally stream a movie, usually spending most of the time trying to build consensus for a movie we all wanted to see. There was also ample time for conversation as we cooked and ate meals together — I now know all the significant events in my son-in-law’s childhood, and after we exhausted that subject, I picked his brain on about as much economic theory as my brain could hold. (I never got further than Econ 101 but he patiently explained everything to me!) The man is a saint; he’s made it onto my list of people I’d most like to take to a desert island. (Of course, my daughter and grandkids make the cut, too.)

I’ll take partial credit for one new routine that became part of our weekly schedule: nature walks. Being a nature lover and a birdwatcher, I steered us toward nature preserves. As these forays almost always took place on Shabbat, I felt particularly prayerful; I felt certain there was an appropriate prayer to recite if I saw a Blackburnian warbler, for example, even if I didn’t know what prayer that was. And despite all the tick bites we got on our first few forays, we persevered, hitting every treed locale within a 10-mile radius. (And not to worry about the ticks! My daughter wields a mean set of tweezers. Were she to want to, she could easily produce a tick-removal TikTok worthy of instant virality.)

When the kids’ school re-commenced in September, we all returned to Brooklyn. I’m back in my own digs, I have but one problem: I am still suffering from an acute case of extended-family withdrawal. The measure of our success was when, toward the end of our six months of cohabitation, my daughter and I broke into an impromptu happy-crying hug fest, declaring simultaneously, “This whole time, we only wanted to kill each other — how many times, twice?” I’d call that a success!