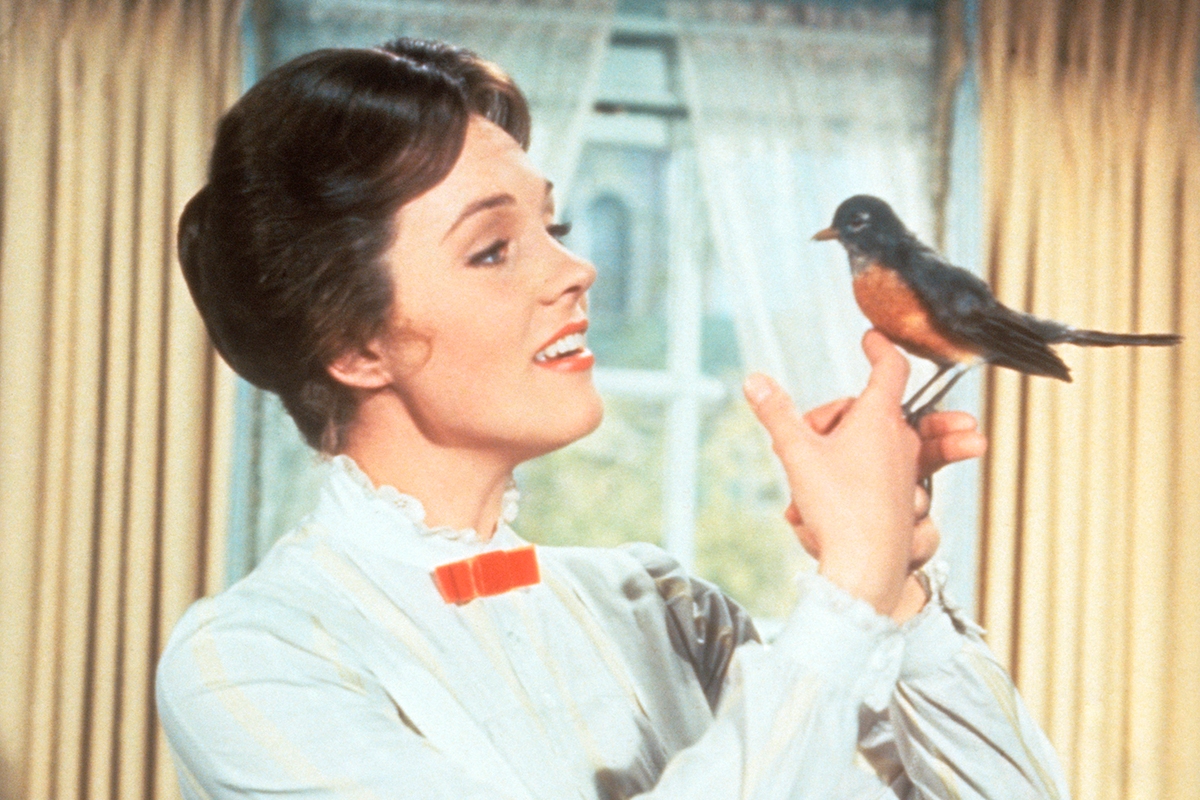 From the ”The Clean-Up Song” to the “Happy Working Song,” catchy tunes are a great way to get kids to do things they may be less than thrilled to do, like putting away their toys.

And so it is with “A Spoonful of Sugar,” the iconic song from Disney’s Mary Poppins. In the scene in the film, Mary Poppins (played by legendary actress Julie Andrews in her film debut) is in the nursery with her charges, Jane and Michael, who are reluctant to tidy up. But, as magical Mary Poppins tells them: “In every job that must be done, there is an element of fun. You find the fun and — snap! — the job’s a game!” And thus begins one of the film’s most memorable tunes.

The song, like the entire Mary Poppins score, was written by Jewish brothers Robert B. Sherman and Richard M. Sherman. (The pair went on to write the music for myriad hit Disney musicals, including The Jungle Book and Bedknobs and Broomsticks.) But, as it happens, the inspiration for this particular tune had nothing to do with doing chores. Instead, the source material came directly from Robert’s son, Jeffrey, who came home from school one day and described how his class received the polio vaccine.

As Jeffrey recently told NPR, in 1962, when he was about 5 years old, he came home from school and found his dad, who was struggling with the Mary Poppins score, in a bit of a funk.  “All the shades were closed, it was very dark in the house,” he recalled.

Jeffrey told his father that he received the polio vaccine at school that day. Robert reportedly asked his son, “You let someone give you a shot at school? Did it hurt?” To which Jeffrey responded, “No, no, no. They took out this little cup and put a sugar cube in it and then dropped the medicine and you just ate it.”

As Jeffrey recalls it, it was as if a lightbulb clicked on. “He stared at me, then went to the phone and called my uncle Dick,” he said. And thus, “A Spoonful of Sugar” was born.

Up until that time, polio had been one of the most feared diseases across the world, particularly among children. Before a vaccine arrived in 1955, some 15,000 people experienced paralysis from polio each year. Fortunately, once the oral vaccine arrived in the 1960s, cases dropped rapidly.

In our current moment of coronavirus, vaccines are once again at the forefront of everyone’s minds. As vaccine rollouts have been mixed — as of Feb. 9, there have been only 12.92 doses given per 100 people in the US, a paltry number compared to Israel’s rate of 67.39 doses per 100 people — many high-profile people are using their platforms to urge their fellow American citizens to get the vaccine as soon as they are eligible.

Jeffrey — a  writer, producer, director and composer/lyricist — is doing his part as well. In an effort to encourage vaccines, he recently took to Twitter to share this heartwarming story.

When I was a kid we got the polio vaccine. My dad, working on Mary Poppins, asked how my day was. I told him about the vaccine. “Didn’t it hurt? I said they put it on a sugar cube and you ate it. He called my uncle Dick and the next day they wrote “A Spoonful of Sugar.” (1 of 2)

Jeffrey comes from a long line of Jewish musicians: His great-grandfather, Samuel Sherman, was a composer in Kiev. He fled Ukraine with his family after Cossack pogroms; Samuel later worked in Prague, occasionally composing in the Royal Court of Emperor Franz Josef. The family came to America in 1909, and his son — Robert and Richard’s father, Al Sherman — became a musician to support the family when Samuel eventually deserted them. Al made a living playing piano and composing songs like “You Gotta Be a Football Hero” in the Tin Pan Alley genre.

Robert Sherman and Richard Sherman, 92, grew up in Southern California and both attended Bard College, studying literature and music respectively. Robert died in 2012 at age 86; according to his obituary in the New York Times, Robert was the more somber of the two brothers, having fought in WWII, earning a Purple Heart for witnessing the horrors at Dachau.

While Jeffrey’s heartwarming story about “Spoonful of Sugar” has been picked up by multiple news sites, a sad footnote is that these brilliant brothers were not on the best of terms. Walt Disney’s nephew, Roy, once described Robert as the more poetic, brooding brother, while Richard was geared toward music and more short-tempered. Comparing the differences of the two to their creative works, Roy reflected, “Richard was more ‘Supercalifragilisticexpialidocious,’ Robert more ‘Feed the Birds.’”

The rivalry between the two was so fierce at times that they would sit in separate ends of the theaters when their films premiered. They even held separate shivas for their Jewish father when he passed away in 1973.

Despite these interpersonal challenges, the Sherman brothers undoubtedly left an important and lasting legacy for their children, and for society as a whole. Touchingly, Jeffrey told NPR that his dad made a point to thank him for “Spoonful of Sugar.” (How sweet!) “I think that the love of his family and each of us kids inspired different things all the time for him,” he said.

Jeffrey is paying it forward, helping to spread the word about why we should all get the Covid-19 vaccine, even referencing “It’s a Small World”—  yet another iconic Sherman brothers’ song: “When the Covid vaccine arrives, get it,” he wrote. “We’re codependent in this small world. Trust science and doctors. We will beat this enemy if we listen to those who know. Be safe. Wear a mask. Be considerate to your fellow man.”

My little corner of film music history. When the Covid vaccine arrives, get it. We’re codependent in this small world. Trust science and doctors. We will beat this enemy if we listen to those who know. Be safe. Wear a mask. Be considerate to your fellow man. (2 of 2)