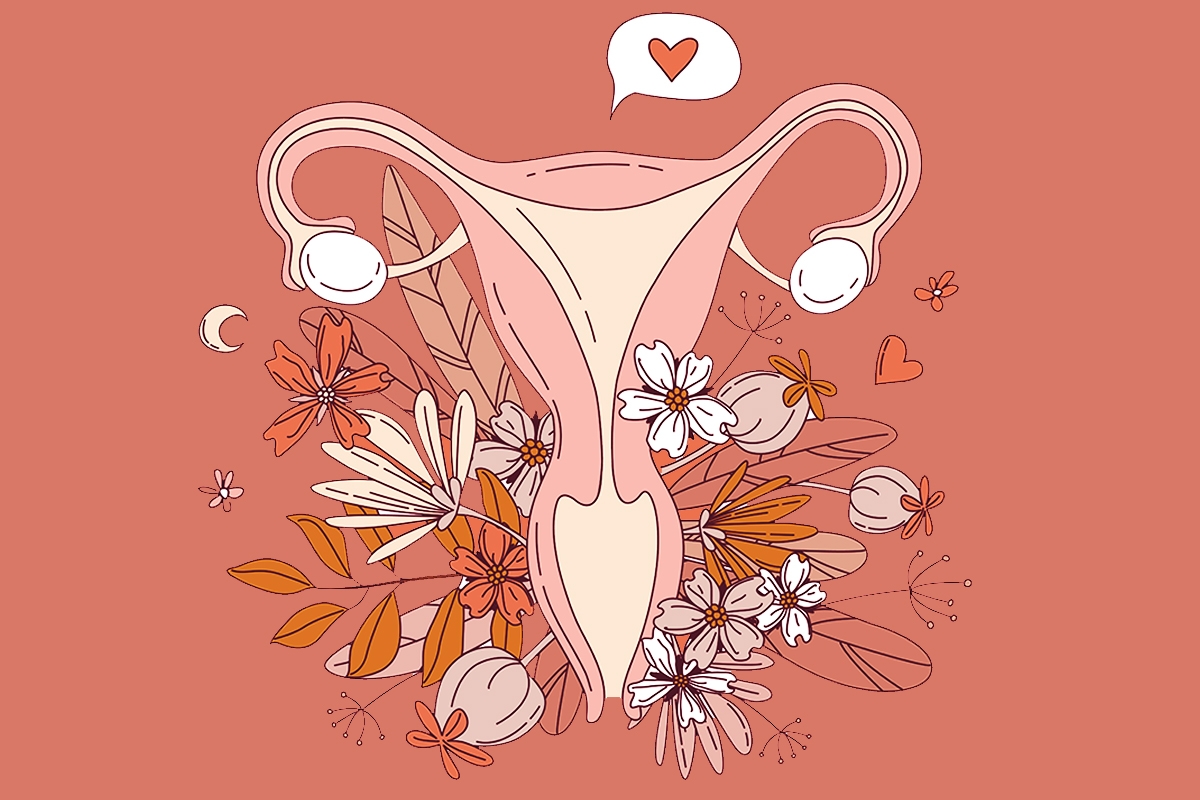 As I look back, what I find even more remarkable is that I never really talked about it. What’s more, no one ever talked to me about it. By the time I got my period, I had seen my friends and peers get their periods — most many years prior, starting in middle school and even elementary school. As they, one by one, joined this secret society of burgeoning womanhood, they were able to commiserate with one another about the woes of menstruating life: comparing the virtues of different pads and tampons; complaining about cramps; conceiving of excuses to get out of gym class.

I didn’t feel left out, necessarily. It seems like a huge nuisance, and not one I was at all interested in dealing with.

My mother never spoke to me about periods. I learned what I knew from pop culture, teen magazines, and books (thank you, Jewish mom Judy Blume!), and from what I picked up from my friends with periods. And as the years ticked by and my period never arrived, I frankly didn’t focus too much on it. I was very small for my age, and at a certain point, I suppose I understood that my period was probably just delayed like all the other benchmarks in my physiological development.

When it did finally make its appearance, I was halfway through my junior year at a new high school, and was, not surprisingly, completely unprepared. In my new circle of friends, no one knew that I never had my period. That milestone was long in the rearview for them, so what was the point in my bringing it up? They all assumed I had it, too. So, when the day arrived, I was too embarrassed to admit to anyone that it was my first and that I had no idea how to insert a tampon.

So, instead of telling anyone, I rifled through the bathroom cabinets, found my mother’s tampons, and inserted one. Being a typical teenager, of course I didn’t take time to read the instructions (who reads the instructions?!). But since I had no idea how to do this, and there was no one to guide me, I left the plastic applicator (which, at the time, had those sharp, hard, claw-like teeth you would push the tampon through) in and went to cheer at a basketball game several towns over. The game went into double overtime — this is something I will never forget — and, with every move I made, the searing pain became worse.

Many hours later, I arrived home and rushed to the bathroom to try to figure out what I had done wrong. I was moaning in pain in the bathroom, with my confused and concerned father yelling to me if I needed help from the other side of the door. Eventually I figured it out and fell further into my own solitary embarrassment. My dad and I never spoke of that day again.

More than two decades later — after years of hormonal birth control, and then IVF, pregnancy, and breastfeeding — I now get a regular period, for the first time in my life. And with a 2 year-old and a 4 year-old running around and in my face at all times, they have seen it all. They see me change my tampons; they see blood in the “potty;” they know I bleed from my vagina every once and awhile. This led me to wonder: How on earth did my mother hide her period from us for all those years? I can’t recall ever spotting any period products in the house, let alone seeing bloody tampons or blood in the toilet. I never heard her complain about her period. The effort that must have taken exhausts me just to think about.

I recently confirmed with my mother that, after consulting with my pediatrician (notably, without me present), she was told I was simply a “late bloomer” and there was nothing to worry about. Consequently, she never once mentioned my period or lack of it. I’m not even sure she knew when or if I got it. Her approach was certainly not unusual for her generation and those that preceded it, but the silence surrounding periods —  along with anything having to do with women’s bodies, reproduction, and sex — perpetuates shame and stigma.

For these reasons, I am so glad to see the rise of period activism. These activists — mostly young people — have fought to remove sales tax on period products; to require local governments to supply, free of charge, period products in schools, jails, and shelters; and to remove gendered language on packaging. Teenagers on TikTok are demonstrating how tampons work to their shocked and uninitiated boyfriends by dunking them into glasses of water and watching them expand dramatically. Women-owned companies are innovating new products like reusable period underwear (with provocative advertising to boot); there is renewed popularity of non-tampon alternatives like cups and discs to avoid potentially harmful ingredients and to reduce waste.

Considering that menstruation is a condition that impacts half the population for an average of 10 years of their total lifetimes, it’s about time it’s starting to be discussed more openly and honestly. (And that means without shame or an overbearing “you’re a woman now!” significance.) The fact is, menstruation is merely a function of our bodies and of our capacities. Yes, it can be a huge burden. But it is not dirty, shameful, or embarrassing, and it doesn’t convert a girl into a sexual or sexualized being. It is just our bodies doing our natural-body things.

Within my parent community in Brooklyn, I’ve noticed that our approach to bodies and sexuality has shifted dramatically from that of our parents’ generation. My peers and I tend to use the correct anatomical words for body parts — not euphemisms — and we talk openly about things like consent, gender identity, and sexuality. What’s more, there’s growing recognition that conversations about periods and puberty should be normalized and should begin way before adolescence — and, fortunately, there are many available tools and resources to help families have these important discussions.

I understand that as my two children (a boy and a girl, by the way), get older, the period conversations will likely not be as easy, as frequent, or as straightforward. Right now, my kids are unfazed. As they get older, society will undoubtedly imbue periods with all sorts of meaning. In some ways, I wish their reactions now — “You bleed from your vagina sometimes? Oh, OK!” — will define their approach to their bodily functions as they get older, with acceptance and calmness. I’ve made peace with my period, and I hope society can offer a future in which everyone else can, too.