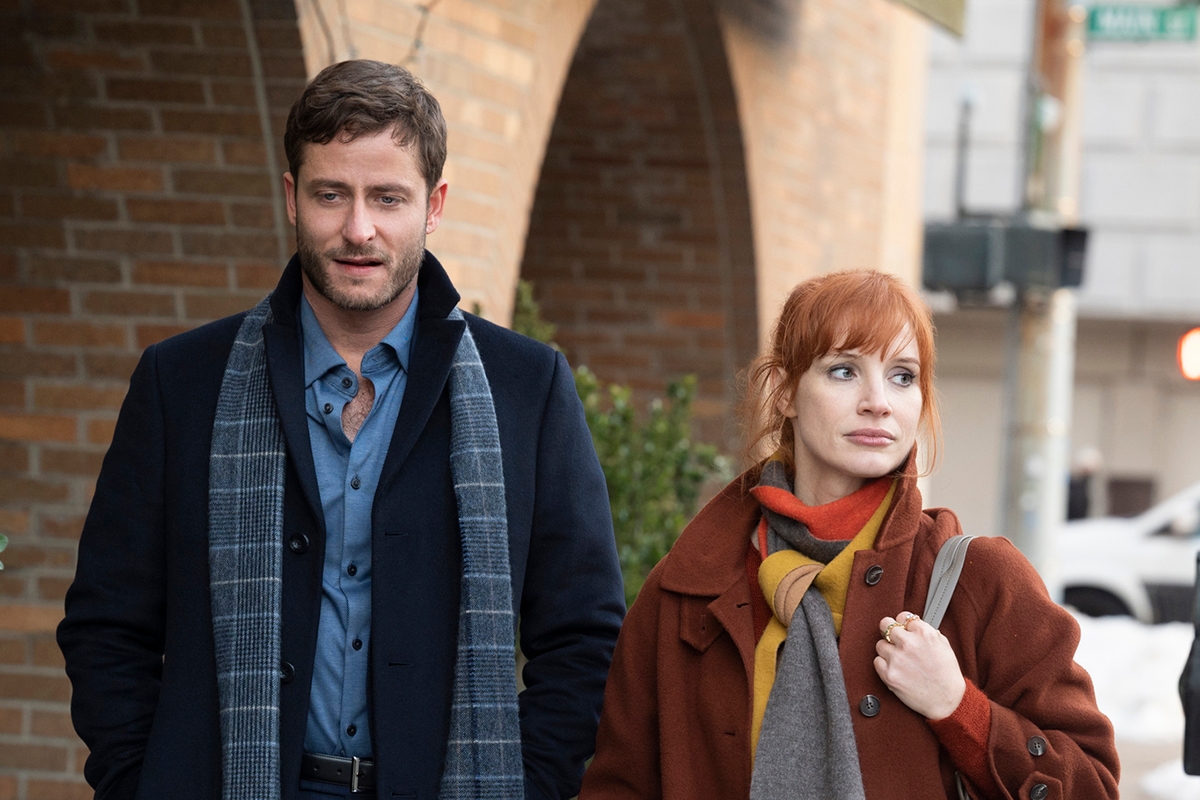 Michael Aloni, the dreamy star of the Israeli hit “Shtisel” and the upcoming “Beauty Queen of Jerusalem,” makes an English-language appearance in the HBO limited series “Scenes from a Marriage” — and we all need some time to fan ourselves and recover!

In the five-part series, Aloni plays Poli, who happens to be an Israeli start-up guru who lives in New York. He is the yang to Oscar Isaac’s yin of a protagonist, Jonathan Levy. The two rival for the affections of Jonathan’s wife, Mira, played by Jessica Chastain.

The show is based on the Ingmar Bergman classic of the same name and was created by Israeli TV maven Hagai Levi (“In Treatment”) — who not only updated the story and switched up the gender roles, but made it supremely Jewish as well. In the HBO version, Isaac plays a somewhat nebbishy, ex-Orthodox Jew turned college professor (read: a neurotic and cerebral American Jew). Aloni, meanwhile, plays his Jewish opposite — the confident, macho, sabra entrepreneur.

Such characters, as many of us remember from our time with Jewish dating apps, are what writer Sarah Cohen describes as “the old Jew” and “the new Jew” — although I’d argue that the show offers a somewhat more three-dimensional depiction of these labels. But let’s face it, with the casting of both Isaac and Aloni, “Scenes from a Marriage” makes both types of Jewish men deeply appealing and swoon-worthy!

But back to Aloni! While Poli is pivotal character in the series (the second episode is actually titled “Poli”), he only appears in the flesh in episode 5, the finale of the show, which aired on Sunday night.

On Instagram, Aloni wrote that he “was so excited to take a small part but I guess an important one” in the show. “Being forever fascinated with Ingmar Bergman’s work and Scenes from a Marriage specifically I was thrilled to join the superb cast lead by the astonishing @jessicachastain and the mesmerizing Oscar Isaac.” (Yup! We, too, are mesmerized!)

In Aloni’s scene — which is early in the episode, after a scene that features Tovah Feldshuh as Jonathan’s mom — we see Poli having a meal with Mira. He wears a buttoned-up shirt (the top two buttons unbuttoned) and a fine navy suit jacket. He’s put together but he eludes just the right amount of careless scruffiness, with his 5 o’clock shadow and lightly wrinkled collar.

Aloni brings a breadth of emotion to the scene — affection, flirtation, slight melancholy, pride, jealousy — all supremely acted, as he is wont to do. He delivers his dialogue in perfect English, slightly tinged with that familiar Israeli accent. Truly, we have fallen into his deep blue eyes and we can’t get up!

And while the scene is only a few minutes long, one thing is clear: We need Aloni in more American and English-language TV shows!

True, this isn’t Aloni’s first time acting in English. You can also see him play a small role in the teen Netflix show “The Greenhouse,” and he does have an English language role in the upcoming Holocaust movie “Plan A.” But, IMHO, that isn’t enough.

It’s time for Aloni to bring his leading man charms — which he does so deftly in Israeli series like “Shtisel” and “When Heroes Fly” — to more major roles in American TV. His brief but extremely charming stint on “Scenes from a Marriage” proves that he has the chops to make American audiences swoon. Someone needs to get on this ASAP!