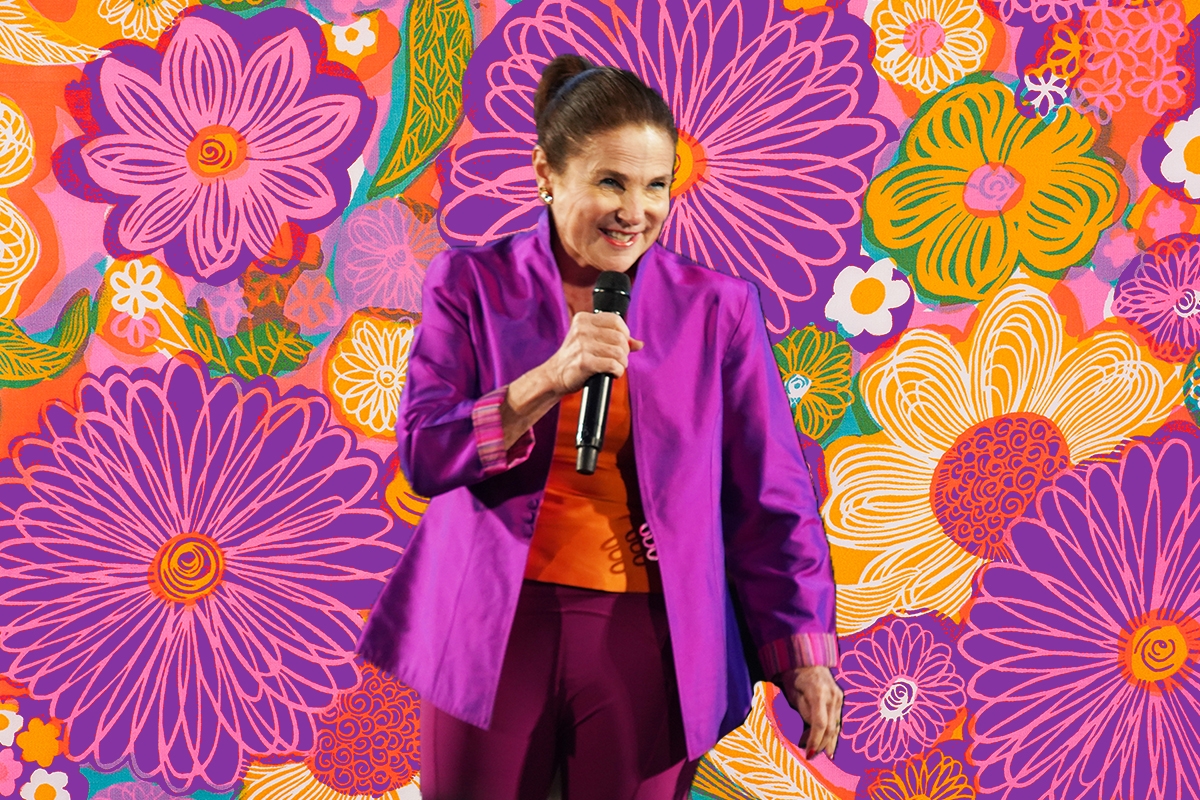 Being Jewish, Tovah Feldshuh writes, is all about schmoozing, suffering, and guilt.

But to her, it’s not just those three things — it’s so much more. Being Jewish defines her, and it’s simply everything.

“My Judaism is like a third leg that goes down deep into the earth that lies between my two legs. It’s a ballast. It’s an anchor. It’s a shortcut to be intimate with millions of other people, particularly Jews,” Feldshuh explains. “I love being Jewish. And one of the reasons I love being Jewish because my father loved being Jewish and I loved my father. He loved it. I loved it.”

“What it means for me to be Jewish? A man just passed with Hebrew on the back of his T-shirt — it means that I could have a conversation with a stranger,” she adds.

The actress, 68, spoke to Kveller as she sat on a bench in New York’s Central Park. She often paused in order to say hello to a nearby child, comment on the happenings of the New Yorkers around her, or, to my delight, break into song. (If you want Tovah Feldshuh to sing to you, too, download the audiobook of her forthcoming memoir.)

A career actress, she is known for her iconic Jewish roles on stage and screen. She originated the role of Yentl on Broadway in 1975; played Israeli Prime Minister Golda Meir in Golda’s Balcony, which became the longest-running one-woman play in Broadway history; portrayed fictional Jewish partisan Helena Slomova in Holocaust, the Emmy-winning miniseries (that also starred Meryl Streep); and played Jessica Stein’s mom, Judy, in Kissing Jessica Stein. More recently, Feldshuh appeared as Naomi Bunch, the Jewish mother in Rachel Bloom’s musical comedy Crazy Ex-Girlfriend, and politician Deanna Monroe in The Walking Dead, the role she is most often recognized for. To list all her credits, we’d be here for hours. 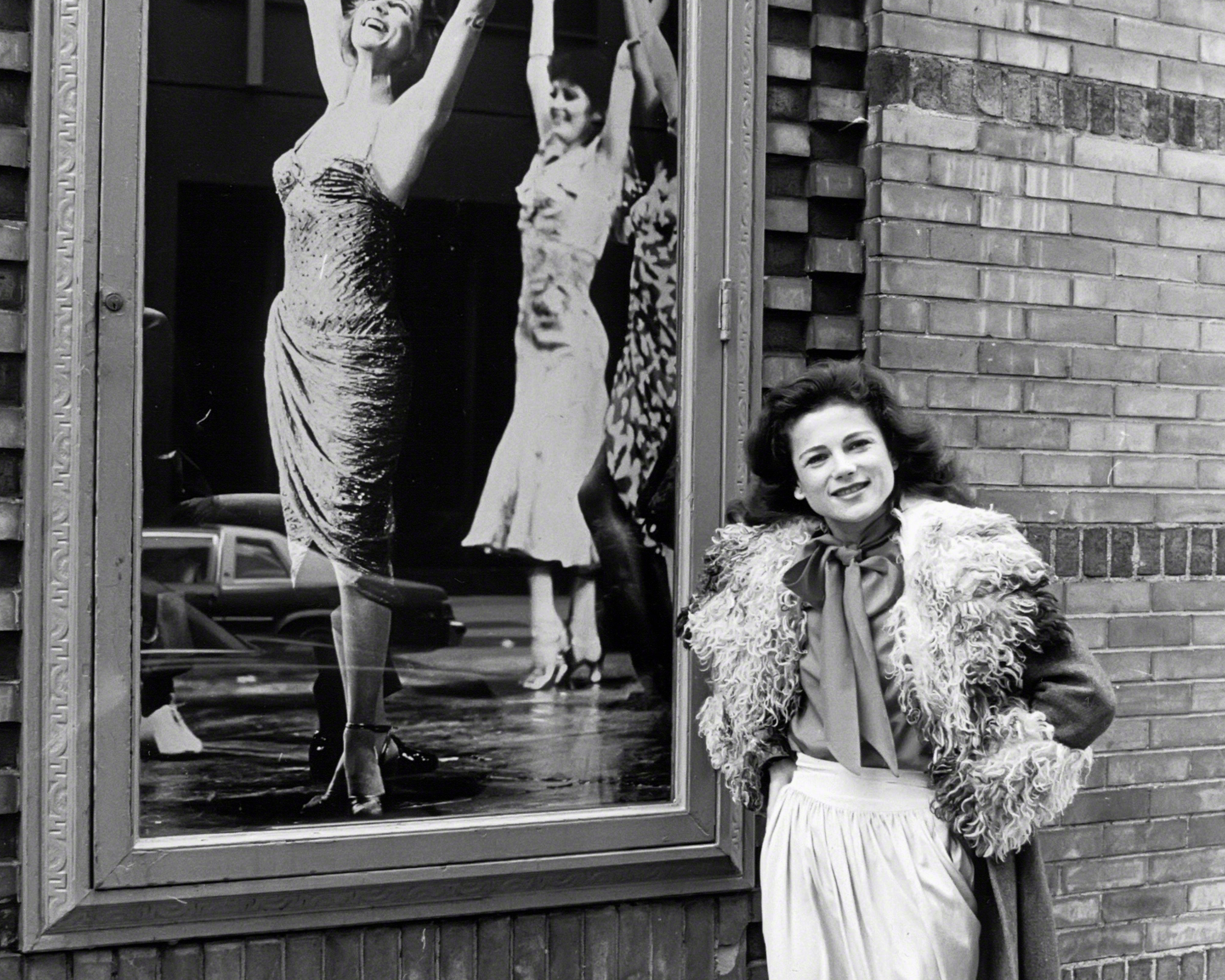 Feldshuh’s new memoir, Lilyville: Mother, Daughter, and Other Roles I’ve Played, touches on her career, but is not the type of book you would expect from a legendary actress. It’s a moving and at times laugh-out-loud funny story of mother and daughter. (But yes, there’s some classic Hollywood memoir details: If you’re a theater fan, you will be delighted by the anecdotes of Barbra Streisand, Broadway auditions, and Tony parties.)

“What hit me, on the heels of the death of my mother at over 103, was: I’d like her to live forever, like any child who loves their mother. And, she was hilarious, caustic, and wise. That caustic, unique, hilarious humor and wisdom should get out into the world,” she says. “I’m hoping that Lilyville, in part, hits the river of common human experience. And I certainly trust it will hit the river of common Jewish mother experience.” 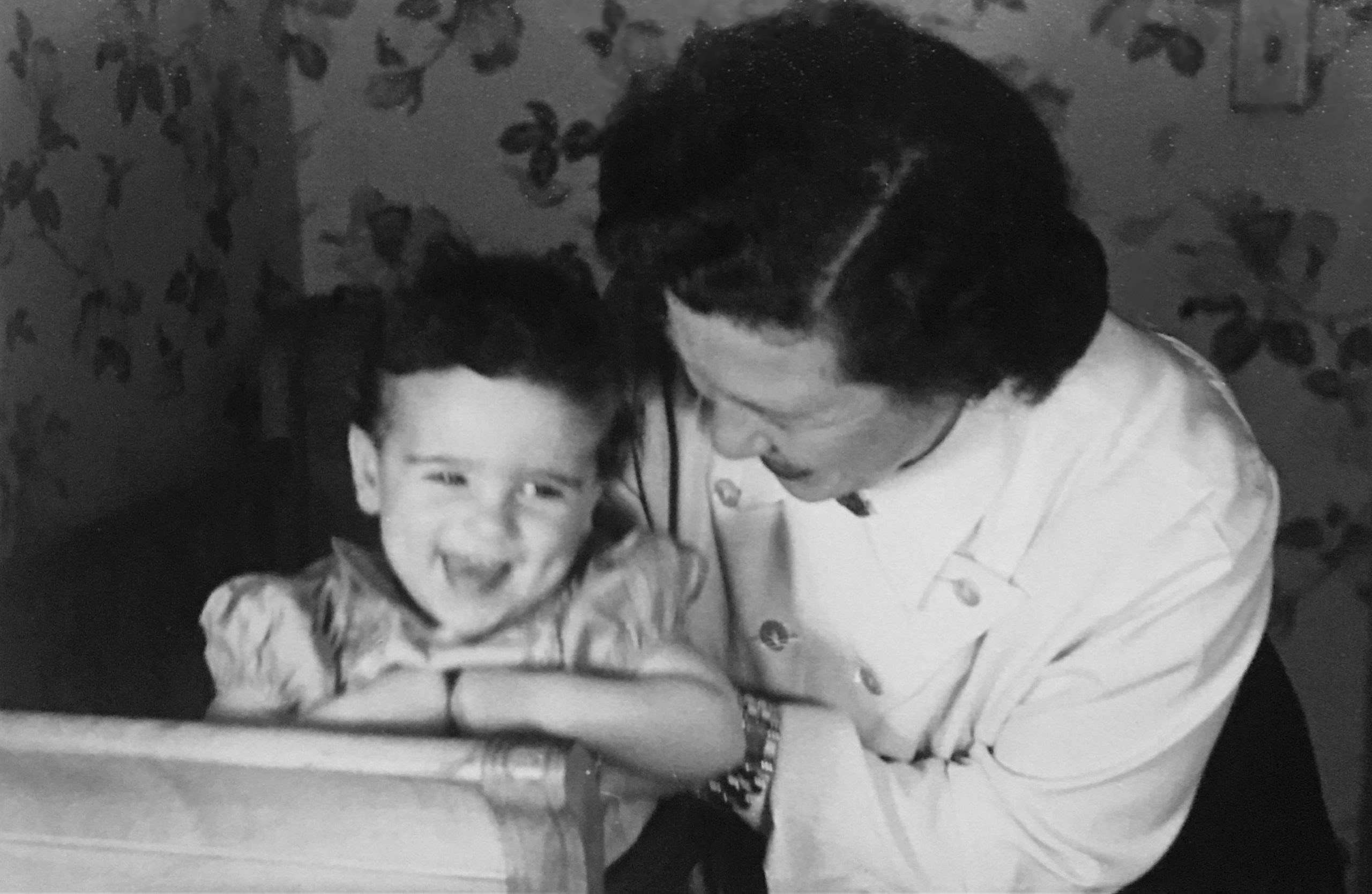 Feldshuh and her mother, 1950 (Courtesy of Tovah Feldshuh)

Feldshuh’s relationship with her mother was not always easy, though. “She did not express her love with words. She never told me she loved me. And I would say that created a slight black hole in my early socialization and influenced my whole life. And she meant well, it just wasn’t her thing,” she says. “I found it very difficult. So, I went into the theater. How lonely could you be in a play where you know the story beforehand?”

She made her Broadway debut in 1973, early after graduating from Sarah Lawrence College and won the McKnight Fellowship to study at the Guthrie Theater in Minneapolis. However, Tovah Feldshuh was, quite literally, not always Tovah Feldshuh. Born Terri Sue Feldshuh, she changed her name after graduation. Her mother’s reaction? “We didn’t come to this country for you to change your name to Tovah!” It was Michael Fairchild, a college love of Feldshuh’s, who said, “Terri Sue doesn’t fit you at all. Were you called anything else?” To which she replied, “I was called Tovah in Sunday school.” Fairchild replied, “Tovah! Now That’s a name!”

Feldshuh reminds me of Shakespeare’s famous line from Romeo & Juliet: “What’s in a name? A rose by any other name would smell as sweet.”

“Everything’s in a name,” she says, “and I’ll tell you why. Because people’s lives are about themselves, not about you. They’re trying to survive inside their own body. So therefore, if you see a Tovah Feldshuh, you assume Orthodox, Israeli, foreign, and a Jewish maven.”

Her first role on Broadway was in Cyrano, which starred the late Christopher Plummer. “He was very kind to me,” she says. “He liked me very, very much. And not just because I was young and pretty, but because I did my work and never let him down. I had one scene with him. I had the first line of my first show on Broadway — I opened the show [singing], ‘oranges, pomegranates. lemonade.’” And with that, she hit the ground running 18 months later she landed her breakout role in Yentl, a role she believes she got, partly, thanks to her name. 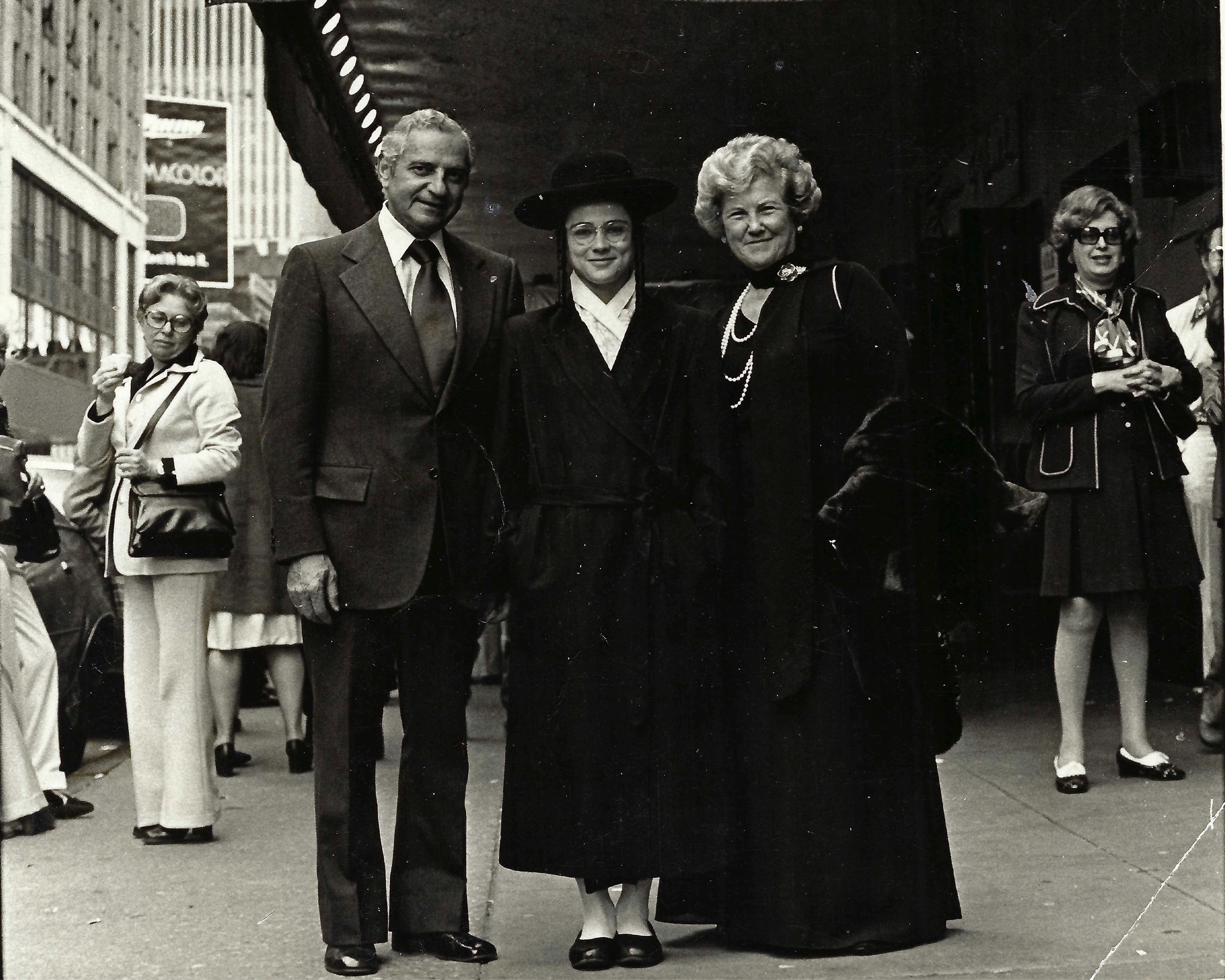 Felshuh under the ‘Yentl’ marquis with her parents, 1973 (Courtesy of Tovah Feldshuh)

For Lily, Feldshuh’s best roles had nothing to do with the quality of the performance — it was how she appeared in character that mattered. “I rate your parts by how you look: Dolly Levi is a 10, Golda Meir, zero,” Feldshuh says, channeling her mother’s thick Bronx accent. “If you’re pretty, great. If you’re ugly, what do I need to look at this for?”

As she details in Lilyville, much of Feldshuh’s relationship with her mother was fraught. “My mother did not answer my fondest wish as a child, which was to tell me she loved me.” And here, Feldshuh, who has, until now, been talking a mile a minute, pauses. “It’s interesting, at my wedding, it just hit me. I’ve never said this to anybody. At my wedding, I sang a song that goes, ‘Tell me please. Does anybody love you? Do you have a secret love affair? Someone who worries about you? Who’s always true, and tender too, and waits for you somewhere? So please say, does anybody love you? For by some lucky chance, the answer is no. And you don’t have anyone to love you. Then do you mind if I do? Because I love you so.’ I actually sang that at my wedding to my groom. But I realized, why did I choose that lyric? Why did that lyric move me so much? Because there was an absence of those three words from my mother.”

Feldshuh, now a mother and grandmother, believes in a different method of parenting, one more rooted in unconditional love. “My greatest advice to anybody who’s parenting is: Put in your child what you hope for your child. When you put that child to bed, you say, ‘I am the luckiest mother in the world because I have such a kind, good empathic child.’ I remember [my daughter] Amanda used to say, ‘what em-pa-thic, Mama?’ And I would say, ‘to feel with people.’ And I kept putting these virtues into them. Likewise, if you’re constantly manifesting your love by fixing people, and correcting and correcting them, the real message is they’re not good enough. They’re not measuring up. I got a lot of that. It is very disempowering.”

“You will have to be a great listener as a parent to see what’s wanted and needed in the space of the child,” she adds. “And more than that, [the] only place you get unconditional love in this world is from immediate family. When children go out of the house, they need to be equipped with an abundance of love to take forth into the world.”

In her role as Naomi Bunch on Crazy Ex-Girlfriend, she played that constantly correcting, tough-love type of Jewish mother — and although some may view Naomi as a larger-than-life stereotype, Feldshuh can understand where she’s coming from. “Preserve and protect is the motto of the Jewish people. It’s that old cliché, ‘They tried to kill us, they failed, let’s eat.’ Therefore, to protect the child, you have to make sure the child’s on the right path. So you correct the child to protect the child, thinking that this is your one obligation to teach. But too much correction is so disempowering.”

“My job is usually to put [the] best in a Jewish woman. This was not that,” she adds. “I had to serve a purpose and I don’t judge it — once I play a character, I am on.”

Feldshuh says Rachel Bloom, Crazy Ex-Girlfriend’s co-creator and star, is “smart as hell” and has “no sense of limits.” And, she says, “I loved working on it. It’s called forth for me the technique I’ve tried to master all my life, the singing and the dancing and the acting and being believable.” She loved getting to sing, and even be in a “Beyoncé-kind of video.” (It’s a delight.) Feldshuh even wants to turn Lillyville into a TV show, though she hasn’t yet shown her pitch document to anybody — she first wants to show Bloom, to see what “tough criticism” the star has for her. 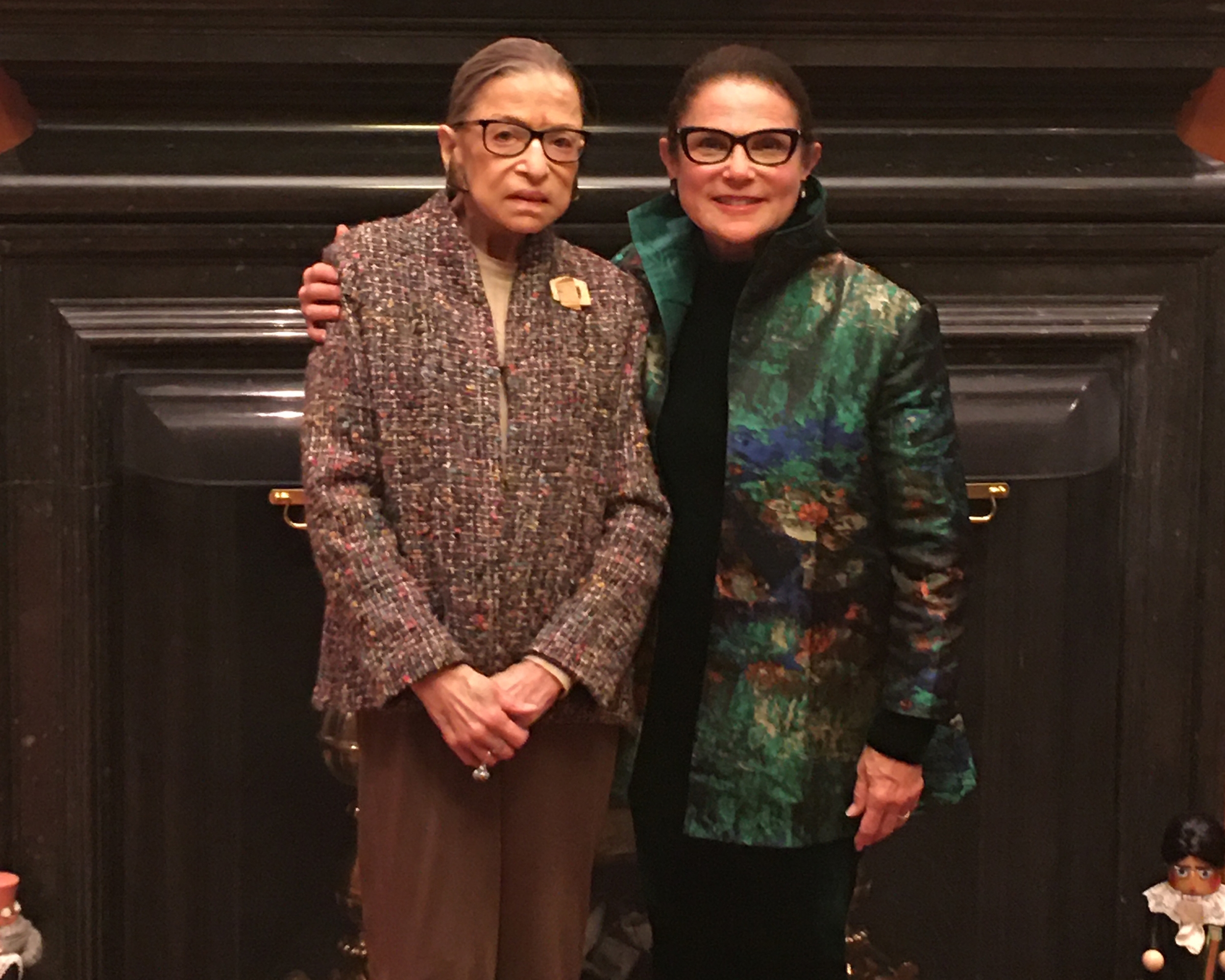 In whatever she does, it seems Feldshuh is portraying strong Jewish women. Her last role, pre-pandemic, was of Supreme Court Justice Ruth Bader Ginsburg in Sisters in Law, a play by Jonathan Shapiro. She cannot wait for Broadway to return, believing, “I want to be positive; I think there’s going to be an explosion of culture in New York.” Soon, having been vaccinated, she’s set to fly to a theater in California “to create another phenomenal Jewish heroine.” (She gave no hints as to who.)

Ultimately, she hopes people who read Lilyville leave hopeful. “There is no relationship that cannot be worked out,” she says. “It can be worked out. There’s a saying that a branch, in order to bear fruit, must learn to bend. So, my mother and I bent toward each other.”