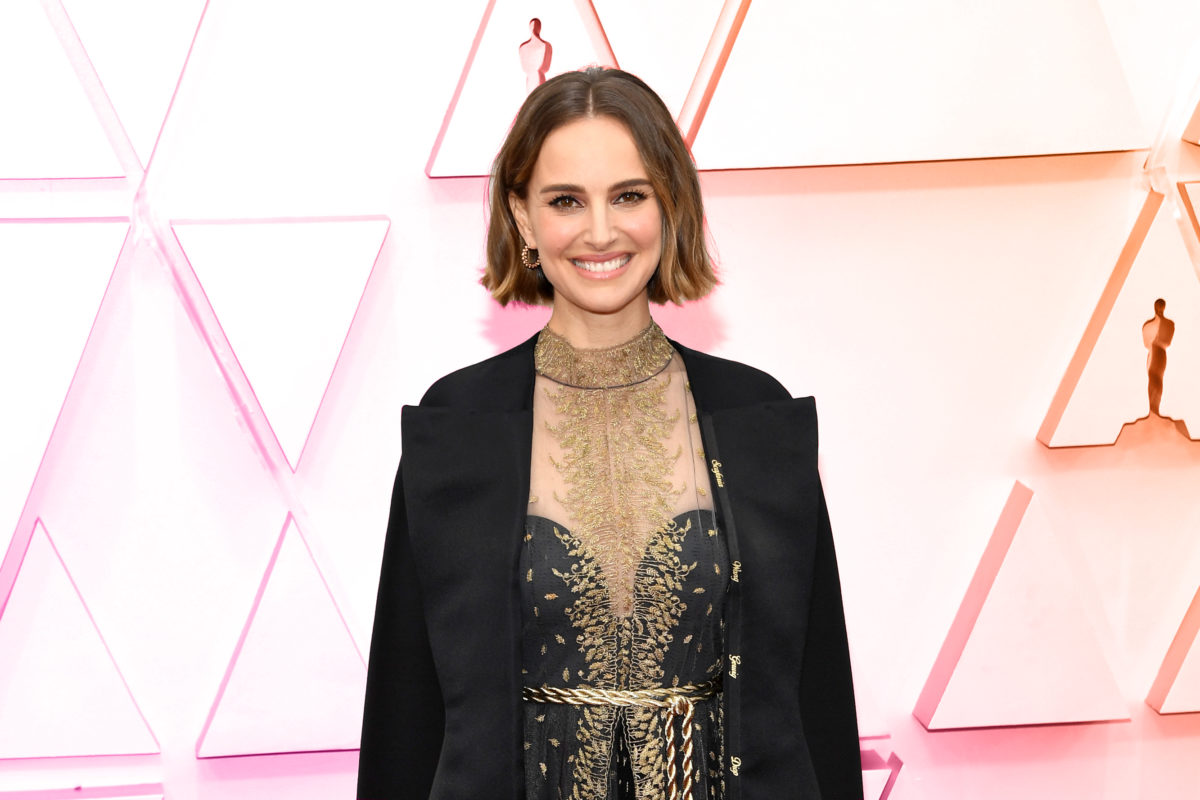 Natalie Portman came dressed to impress at the 2020 Oscars. The future Thor actress — that’s right, Portman is about to play the Marvel superhero in an upcoming installment of the franchise, directed by none other than Jewish Oscar-winning dad Taika Waititi — wore a gorgeous gold-embroidered cape covering a beautiful and delicate black and gold Dior gown.

Not all heroes wear capes, but when they do… 💛⚡️ #Oscars pic.twitter.com/ynKzgUxmIq

But the Israeli-American star’s outfit was more than just a beautifully crafted ensemble — it doubled as a strong political statement. The cape Portman wore was embroidered with the names of incredible female directors who made some of the best movies we’ve seen this year — and yet, for some reason, were snubbed by the Academy.

“I wanted to recognize the women who were not recognized for their incredible work this year in my subtle way,” she told Los Angeles Times reporter Amy Kaufman.

Natalie Portman embroidered her Dior cape with all of the female directors who weren't nominated for #Oscars. Check out her explanation here. pic.twitter.com/kyyo2wVMZf

It’s not the first time Portman has called out an award show for only nominating men. While presenting the best director award at the Golden Globes, she announced the contenders for the prestigious award with “and here are the all-male nominees.” It was fire.

Even with the constant backlash against the homogeny of these award shows that started with #OscarsSoWhite five years ago, this year, once again, only men were nominated for best director at the Oscars — this, in spite of the fact that 2019 was truly a year of amazing women directors. Natalie’s beautifully embroidered cape draws attention to each one of them, and their must-see films.

There was Lulu Wang’s emotional The Farewell and the triumphant and oh-so-fun Hustlers by Lorene Scafaria (also snubbed? Friggin’ J. Lo!!!). There was Greta Gerwig’s touching and transcendent adaptation of Little Women that took me right back to the book that so deeply marked my childhood.

There was Marielle Heller’s A Beautiful Day in the Neighborhood, the very moving Mr. Rogers biopic that reminded so many of us of our favorite TV neighbor.

There was Celine Sciamma’s queer and brilliant Portrait of a Lady on Fire. There was Melina Matsoukas’ brilliant Queen & Slim. There was Mati Diop who made history at Cannes as the first black woman to direct a film featured in competition with her directorial debut, Atlantics.

And of course, there was Honey Boy, by the genius Israeli director Alma Har’el, a fictionalized version of Shia LaBeouf’s fraught relationship with his father, authored by and starring the actor himself. It was really one of the most visually striking and haunting movies I’ve seen this year.

Har’el took to Twitter to thank the fellow Israeli director (yes, Portman is a director too! She helmed A Tale of Love and Darkness, based on the eponymous book by Israeli writer Amos Oz). “My first time at the #Oscars couldn’t have been more beautiful,” she wrote.

My first time at the #Oscars couldn’t have been more beautiful. https://t.co/pOxhidlWHZ pic.twitter.com/wRPsrybwJ3

We love you, Natalie, for standing up for other women! Keep speaking truth to power.