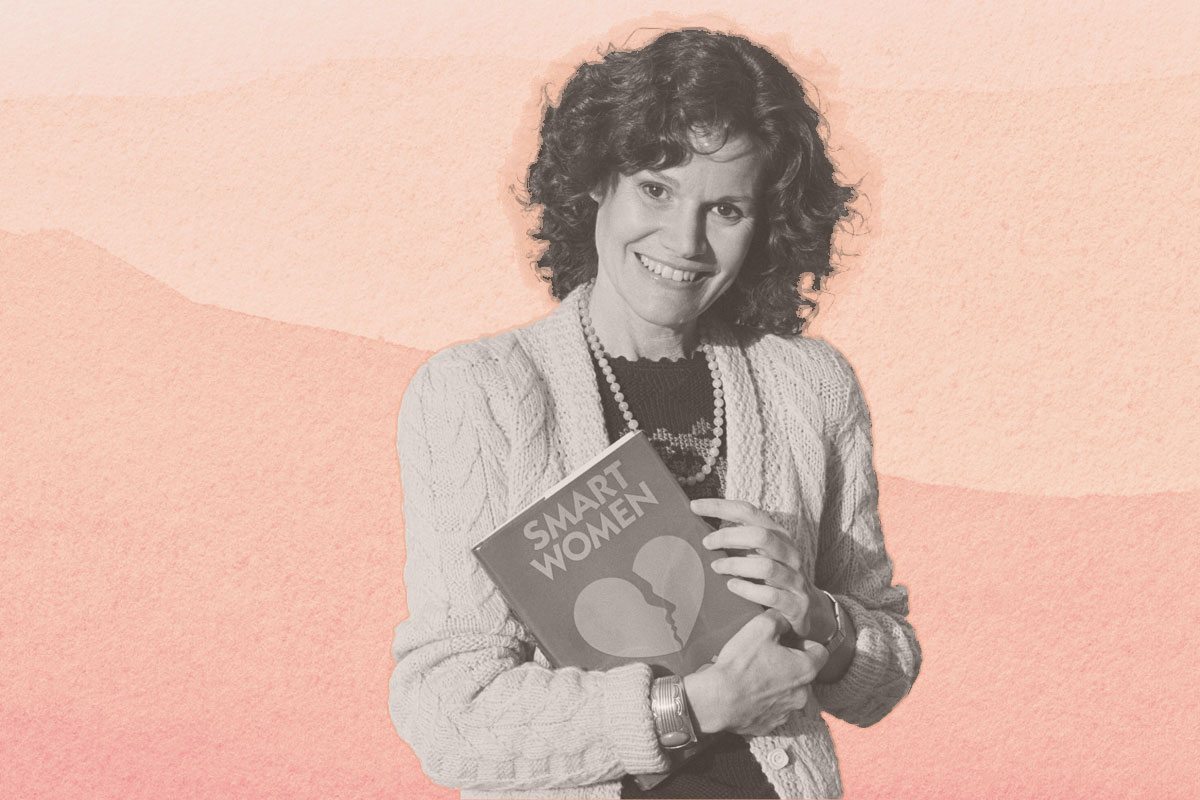 Popular Jewish American young adult author Judy Blume turned 84 in February, a whopping 52 years after she published her classic novel about adolescence, “Are You There God? It’s Me, Margaret” (1970). The day after her 84th birthday on February 12, she announced that the upcoming film version of “Margaret” has been given an opening date: September 16, 2022 (it’s since been pushed back to April 2023). That’s how long it can take a book to become a movie, but even a 52-year-old story will be welcomed by generations of readers. I’m reading the book to my two preteens right now, just as I read it myself as a nerdy, shy 11 year old in a quiet New Jersey suburb in the early 1980s.

The first time I read Blume’s books, I was not only the right age to relate – I was in the right geographical area. Every Sunday in the 1970s and early ’80s, my parents strapped my baby brother and me into the back seat of our red Chevy Monza and puttered 40 minutes up the Turnpike to Elizabeth, straight into the working-class neighborhood where Blume spent her girlhood. We arrived at an old, white house teeming with my mom’s Jewish Hungarian relatives. The densely populated Elmora neighborhood was full of immigrant families and centuries-old shade trees that formed a tight canopy overhead. Buses rumbled past the corners, and the houses were close enough together that neighbors could wish each other “good morning” from the side windows. I remember thinking, each time we arrived in the old port city, how much more alive it seemed than our new development of barren lawns.

My relatives told stories in the living room and played records on a turntable in a wooden cabinet. They sounded like the old country when they talked, like there was water on their tongues. The house smelled of matzah ball soup and brisket simmering in a pot. The place felt warm even when it was freezing out. Whenever I opened up my favorite Judy Blume book of the moment to read after dinner – her books were getting me through the toughest times of adolescence – my Great-Aunt Roz would say the same thing to me: “I know Judy Blume’s mother. I should take you over to meet her.”

I have no idea why in God’s name I never pushed for that meeting. I already knew I wanted to write books like Blume’s someday, and I filled lined notebooks with stories. But I didn’t fully believe that my aunt could know Blume’s mom that well. I was used to adult exaggeration by then: My mother had told me years earlier that she’d take me to meet Casper the Ghost someday, since “Casper” was my favorite show. I suppose I figured I had as much chance of meeting Judy Blume’s mom as I had of meeting Casper the Ghost.

As I continued reading Blume’s young adult novels one thing became clear to me: She noticed the same stark contrast that I had between the city and suburbs, and it influenced her writing. Almost every one of her best-loved books opens with a protagonist moving from a city to a suburb or the reverse. Margaret in “Are You There God” moves from New York to the fictional Farbrook, N.J., but misses seeing her grandmother in the Big Apple, and wonders why her new friends ask about her religion so much, when in Manhattan no one worried about it.

The baby boomers who were starting families in the 1970s and ‘80s seemed to think it was a sign of success to move their children away from the immigrant neighborhoods they had grown up in, but were the suburbs always better? It was hard to tell. Blume’s novels reflected the challenges of upward and downward mobility as the boomer generation came of age. We tend to glorify childhood when we get older, but we forget the hardest part: the sheer lack of free will. Blume’s characters, like Margaret, did not simply move; they were moved. They had to find ways to adapt.

As I came of age from 1980 to 1985, the following things happened in quick succession: The last aunt to live in the Elizabeth house died and the house was sold, so we stopped gathering with relatives. My parents’ marriage fell apart and my dad moved out. My mom moved us to a series of apartments amid spiking rents and we often couldn’t afford food at the end of the month, something I hid from my peers.

Blume’s characters experienced similar challenges, and I knew she understood: divorce, dysfunction, trying to keep up appearances while making friends in a new suburb. (In “Then Again, Maybe I Won’t,” Tony Miglione is shocked by his wealthy new friends as his family moves from Jersey City to Long Island.)

“You feel things very deeply at that age,” Judy Blume said in an extensive interview with Joyce Maynard in the New York Times in 1978. “You’ve got to cope with other people’s decisions about your life. You may not want your parents to get a divorce, but they do. You may not want to move, but they do. The impression I get, from letter after letter, is that a great many kids don’t communicate with their parents. They feel alone in the world.”

After finishing college out of state, moving back to New Jersey, publishing two novels, and having kids of my own, I finally got to meet Judy Blume at a book signing in 2015. I dragged my then-toddlers along and waited in a long line.

When Blume eventually signed my copy, I said, hesitantly, conscious of my attempt to begin a game of Jewish Geography, “My aunt used to say that she knew your mom.”

“Who was your aunt?” Blume asked, clearly familiar with the game’s format.

“Oh!” she said. “My uncle used to go golfing with Louis Lebowitz.”

That was Roz’s brother, my great-uncle – so the families did know each other, and my aunt wasn’t exaggerating. In fact, a few nights later, I looked up the address where Blume’s mom had lived. She was a mere nine houses down from my relatives, on the same shady street. Nine. Houses. Down. That meant that on every Jewish holiday, Judy Blume was likely eating a great big meal of brisket a few hundred feet from where I was. I could have strolled right over and thanked her for her words.

But I did get to thank her on that day in 2015, and I’m still grateful for how I connected to her stories.

Sometimes, when I feel alone, I find myself – particularly on a Sunday or Jewish holiday – thinking back to the old, white house in Elizabeth, a place where my bookish ways were accepted, as they were not in my suburban junior high schools. I wish my aunts and uncles were still around because I learned so much from them. But I’m glad we all still get to learn from Judy Blume.