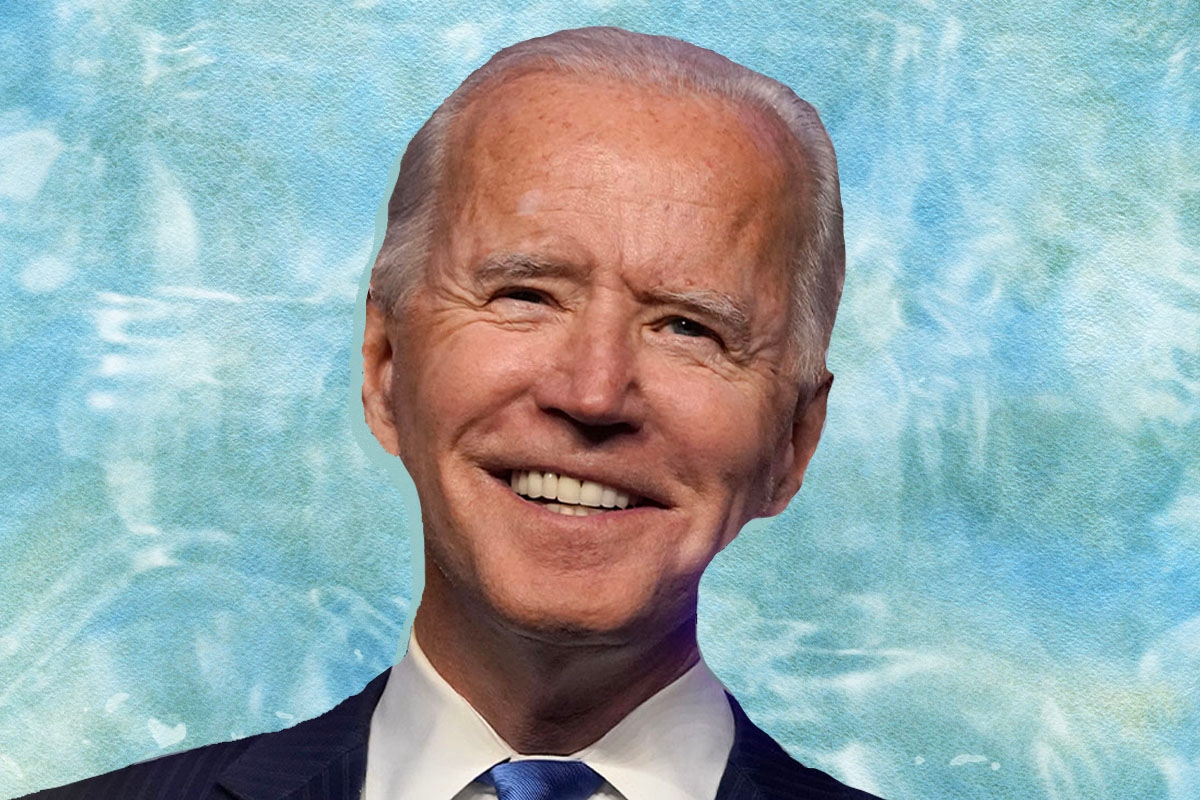 Last week, when Israel’s outgoing president Reuven Rivlin visited the White House and met President Joe Biden, he was, naturally, accompanied by Rivka Ravitz — Rivlin’s chief of staff, bureau chief and campaign adviser since 1999. Ravitz also happens to be a Haredi Jewish woman, and a mother of 12 children. (Not a typo!)

When President Biden learned that Ravitz — who is also pursuing a Ph.D. in public policy in her abundance of free time — is a mother of 12, Biden kneeled before her in awe. Wow!

According to The Jewish Press, Biden also immediately began to kvell over his own mother, Catherine Finnegan Biden, who passed away in 2010. He told Ravitz, “I have a picture of my mother here. You must see who she was.”

Biden — who is the grandfather of a bunch of Jewish kids — has always been full of glowing words about his mother. According to ABC News, when Biden’s mother, known as Jean, died at age 92, he shared many poignant words in his eulogy, including how she inspired him and his three siblings to be both humble and confident. “She believed in us, so we believed in ourselves,” he said. “When we triumphed she was quick to remind us it was because of others. There’s no one better than you, every man’s your equal and every man deserves respect.” This humility is clearly demonstrated by Biden’s reverence for Ravitz.

Honestly, Ravitz, 45, is deserving of such respect. She’s been called a “trailblazing ultra-Orthodox woman who has risen to one of the most prominent positions in Israeli politics,” by Israel’s i24 News.

Born in Israel to American immigrants, Ravitz was the second oldest of 10 children and attended Bais Yaacov school for Orthodox Jewish girls. She later received a degree in politics and MBA in management and computer science. At the age of 18, she married Yitzhak Ravitz, who served as deputy mayor of Beitar Illit between 2014 and 2018. The couple are raising their children in an observant home without any internet access of secular newspapers, taking time off for Shabbat and Jewish holidays. In 2015, when she was running President Rivlin’s office, Ravitz was the first haredi Orthodox woman to hold such a high-level position in Israel.

While we KNOW Jewish moms deserve to be praised to this extent every day, we are so moved by the president’s reverence for motherhood and appreciation for Ravitz. We are truly kvelling!