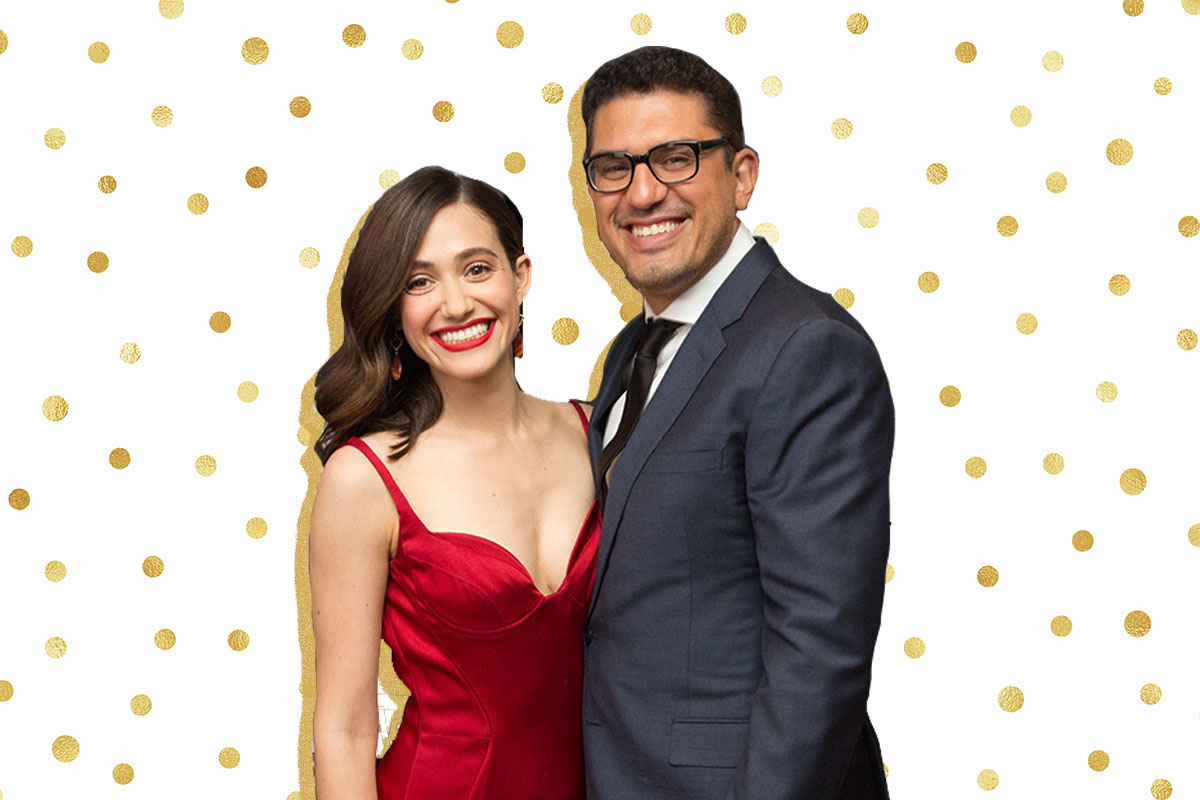 We are so excited for Jewish “Shameless” actress Emmy Rossum, 34, who just announced the birth of her first child!

In an Instagram post this Tuesday, May 26, Rossum shared a black and white pregnancy shot and told her followers that, on the previous morning, her daughter had been born.

“On a sunny Monday morning, at 8:13AM, we welcomed our daughter into the world,” she wrote. The actress had not previously announced her pregnancy (perhaps Jewish superstition is to blame?) so this was a big and very delightful surprise!

The post includes three photos: Rossum standing alone with her baby bump; Rossum in the same pregnancy photoshoot being embraced by her husband, television director Sam Esmail; and a photo of their new baby’s footprint. So precious!

Rossum also posted this beautiful photo wearing a leotard on Twitter, from a similar black and white photoshoot.

5.24.21
On a sunny Monday morning, at 8:13am, we welcomed our daughter into the world. pic.twitter.com/Wba7BwLxtB

The Jewish actress, whose first major acting role was in the film “Mystic River” (2003), played Fiona Gallagher in the Emmy award-winning (how fitting!) series “Shameless” from 2011-2019. Rossum’s character often took on a parenting role as the oldest sibling of six kids who were more or less abandoned by their parents. We can only imagine that acting as a caregiver onscreen for so many years will inform her own parenting moving forward!

Rossum is also a gifted singer and songwriter, who has garnered critical acclaim for her role as Christine in “The Phantom of the Opera” and has released two studio albums. So you know this baby is going to get some quality lullaby renditions.

Rossum was raised by her single mother, Cheryl Rossum, who is of Russian Jewish descent. Rossum has stated previously that growing up with her Jewish mother instilled in her a “Jewish code of ethics and morals,” and this pandemic year, she has found new meaning in Shabbat, tweeting early in the pandemic, “I don’t usually pray but I’m gonna Shabbat it UPPPPP on this Friday night.”

Rossum welcomes her daughter into the world with her husband, Esmail, best known as the creator of the TV series “Mr. Robot,” starring Rami Malek. He also directed the first season of Amazon’s “Homecoming,” starring Julia Roberts. Rossum and Esmail got engaged in 2015, after Esmail directed Rossum in the 2014 film “Comet.” While Esmail’s family is Muslim, he and Rossum got married in 2017 at Central Synagogue, a  Reform synagogue in New York, under a floral chuppah.

In addition to the birth announcement, Rossum also took to Instagram on Tuesday to post a bold photo of herself standing on a windowsill, captioned “Two weeks before our daughter was born.” We can’t imagine doing this while 9 months pregnant, but go, Emmy!

We don’t yet know the baby’s name, but Emmy, if you’re reading this and are still in the process of choosing one — we have a great resource for finding the perfect Jewish baby name for your little girl! (Yes, it’s the Kveller baby name bank).

Mazel tov, Emmy and Sam, on your new bundle of joy! We wish you and your growing family all the best.