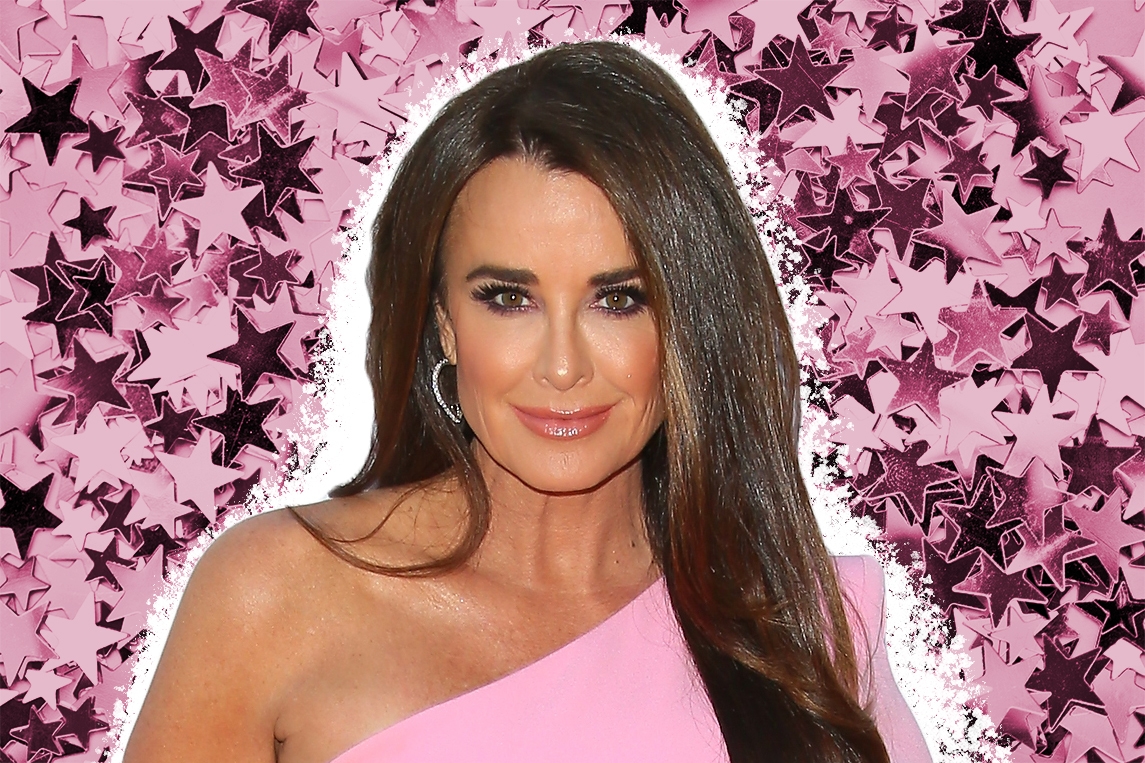 It looks like some hearty mazel tovs are in order for “Real Housewives of Beverly Hills” OG Kyle Richards — her daughter, Portia Umansky, just became a bat mitzvah!

As one might expect from a Housewife, this bat mitzvah was no simple post-service, bagels-and-lox-in-the-social-hall kind of affair. Nay, no less an authority than Bravotv.com described the bat mitzvah party as frequent-host Richards’ “most epic” party yet!

Dubbed “Cirque du Portia,” the bat mitzvah party was a lavish, circus-themed affair held in the backyard of the family’s impressive home in Encino, Calif. Along with a DJ, dancing and an impressive dessert spread, there were acrobats, bartenders sporting appropriately retro circus outfits (including one with handlebar mustache!) and, yes, a Ferris wheel.

The newly-minted woman is the youngest of Richards’ children with her husband, Jewish luxury real estate broker Mauricio Umansky; their daughters Alexia and Sophia are 25 and 21, respectively. Richards, 52, also has a daughter, Farrah Aldjufrie, 32, from a previous marriage.

Richards — who was apparently the first person cast in the Beverly Hills “Housewives” franchise — converted to Judaism before marrying Umansky, who grew up in Mexico. “When I met Mauricio In 1994, everything fell into place… His grandparents are from Russia on his father’s side and Greece and Lithuania on his mother’s side,” Richards wrote in a Bravo blog post in 2010, during the first season of the show. “He asked me to convert to Judaism, and it was an easy decision. Growing up in Beverly Hills, everyone was Jewish, and I always secretly wanted to be. I loved his family, and most importantly, I was madly in love with him, and he loved both Farrah and me.”

Prior to “RHOBH,” Richards had a successful acting career; as a child, she even had a regular role on “Little House on the Prairie.” Her sister is Kathy Hilton, which means that Richards is also aunt to proto-Kardashians Paris Hilton and Nicky Hilton Rothschild! (Yep, this also means Richards is great-aunt to Rothschild’s two children with her Jewish husband, James Rothschild.) Phew!

But, back to the bat mitzvah: Like any proud Jewish mama, Richards kvelled over her daughter on social media. “I am so incredibly proud of you,” Richards captioned a photo of Portia on Instagram. “While studying for your bat mitzvah you still pulled off straight A’s in school. Your speeches both in temple and at the party blew us away. I am the luckiest Mom in the world. I love you so much.”

Of course, it wouldn’t be a real party without Richards’ fellow Real Housewives in attendance — joining in the celebration were castmates Lisa Rinna, Dorit Kemsley, Sutton Stracke and Crystal Kung Minkoff.

Clearly, a good time was had by all! But, lest we forget, there was also a religious component to the bat mitzvah — in an Instagram story posted by biggest sis Aldjufrie, there is a photo of Portia Umansky at a synagogue, standing before an unfurled Torah scroll sitting atop an ornate stand. Wearing a white kippah and a matching tallit, she’s flanked by her parents and paternal grandparents.

As it happens, there’s been a sprinkling of Jewishness across the “Housewives” universe from the get-go. Aside from being a lively source of diversion, the more than 15-year-old franchise — whose executive producer is our favorite Jewish dad, Andy Cohen — has been a fascinating source of Jewish representation. The show has exposed viewers to diverse Jewish families, from New York to Potomac to Salt Lake City. There have been Shabbat dinners  and tales of conversions, and lots of mezuzahs. It’s safe to say, “Real Housewives” is pretty Jewish — and it’s pretty awesome to see the Richards’ kids grow up and carry on Jewish traditions. Mazel tov to Richards, the Umanskys and the entire Housewife family!