Sondheim Wanted This Jewish Disney Star in ‘Into the Woods’ 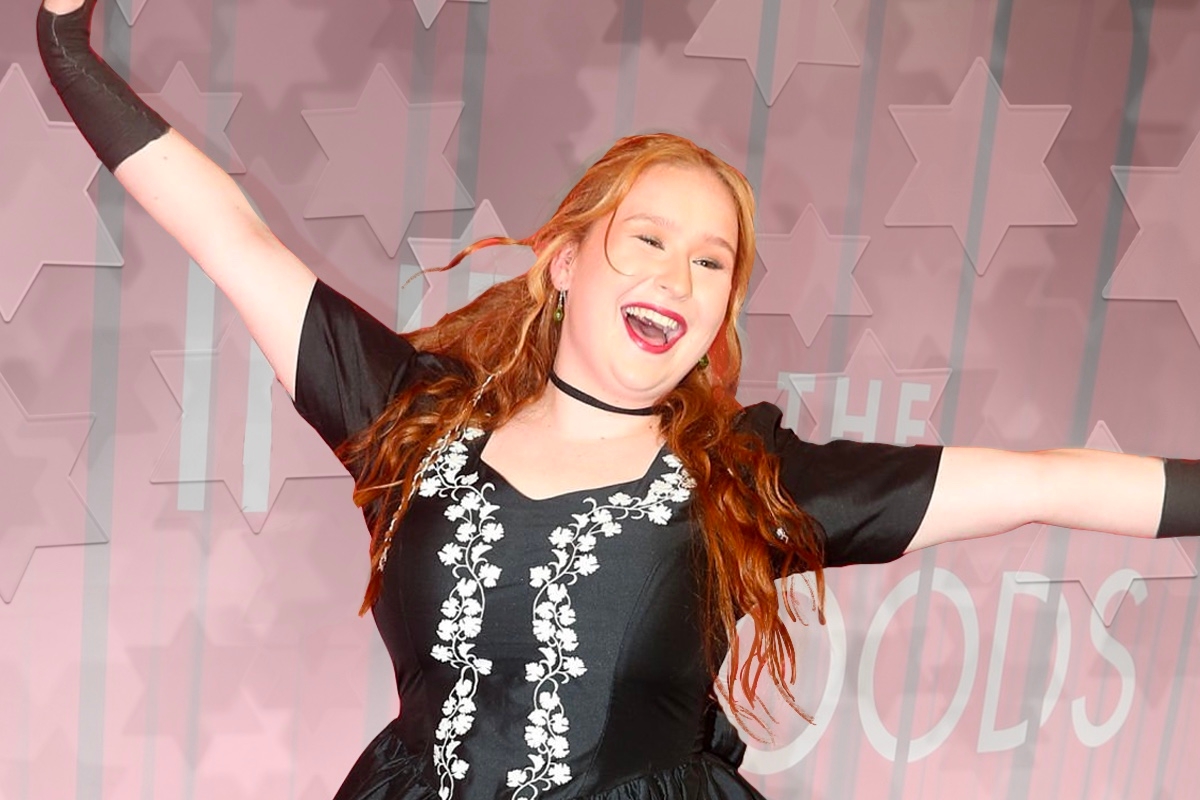 One of Julia Lester’s first theater roles was Milky White in a community theater production of “Into the Woods.” Now, the actress is making her Broadway debut as Little Red in that same musical.

“It’s very full circle,” Lester told Kveller. “To be making my Broadway debut in a Sondheim show is really a dream come true.”

Did you know #OnceUponATime @julialester (Little Red Riding Hood) played Milky White? Here she is as the cow as white as milk herself in 2010.

Have your own INTO THE WOODS story to share? We’d love to hear from you for the chance to a win a signed poster! pic.twitter.com/0Cc07sX00O

Sondheim himself wanted her for the role after she sent in a self-tape to audition. “I’m sure you can only imagine the sounds that escaped my mouth when I found out that he had a hand in casting me,” she said.

Directed by Lear deBessonet, the production started as a two-week run as part of the Encores! series at New York City Center. After rave reviews and sold-out performances, it quickly announced a Broadway transfer. What was supposed to be a strictly limited summer engagement ending August 21 has already extended through October 21.

The cast includes theater veterans like Brian d’Arcy James, Gavin Creel, Phillipa Soo, Patina Miller and singer/songwriter Sara Bareilles. Lester more than holds her own, earning plenty of laughs with her animated facial expressions as the naïve girl who does a lot of growing up when she encounters a wolf (played by Creel).

Lester also plays Ashlyn in the Disney+ show, “High School Musical: The Musical: The Series,” which just premiered its third season (it’s already been renewed for a fourth), with new episodes every Wednesday. This season, instead of putting on a school musical at East High, some of the Wildcats are attending summer camp, where they will be performing “Frozen.”

“This time of my life is so unexpected in a way, to be living two dream lives at the same time,” said Lester. We spoke to her about working with her idols, bringing Jewish representation to “HSMTMTS” and more.

I’ve always loved the Baker stealing the Little Red cape scene. That was always something super fun and I felt like this time around, I could really find new ways to portray that scene, which is such an iconic part of the show, when the Baker finally gets the cape from Little Red.

In this specific production, I’m a big sucker for act two. It’s really lovely getting to share the stage with so many people. Act one, we sort of learn everybody’s individual stories, and by act two we’re a large collective… I really love being able to sink my teeth into the drama and the high stakes of act two.

I heard you are a big Sara Bareilles fan. Your first big song moment in “HSMTMTS” was “Wondering,” which feels very much like a Sara Bareilles song. What has it been like working with her?

I feel like I’ve been getting asked this question a lot because I’ve been so vocal about my admiration for her for so many years. And you would think that I would have the perfect answer crafted at this point, but really any time somebody asks me what it’s like working with her, I sort of have to remind myself, “Oh my God, you really are working with her.” She’s onstage with you every single night, sharing moments with you, and I don’t think I’ll ever come up with a good enough answer to sort of encapsulate the feeling of what it’s like to be really working with one of your lifelong idols. And she is not only such an incredibly hard worker and dedicated to the show and her craft, but she is so kind and so humble and so funny and it’s really a joy to be around her.

I want to talk about your Jewish background, which you talked about in the “HSMTMTS” holiday special. You said, “Where is the Mariah Carey version of a Hanukkah song?” and did a medley. What was it like to have the show embrace that part of you?

When I first booked “High School Musical,” I never imagined that I would be able to have a moment like that in the holiday special where I was truly, authentically me. And I think it’s all really thanks to our showrunner and creator Tim Federle who… really wanted that special to highlight who we are as actors behind the characters that everybody knows and loves.

It’s great that Jewish kids can watch you and your co-star Larry Saperstein talking about being Jewish. Growing up, do you remember any Jewish representation that you could look up to in movies or books or shows?

I mean, the fact that it has to take me a second to think about it I think is a true test that there was not a lot of that growing up. I can’t even name somebody or name a show off the top of my head, especially as a kid. I can’t picture anything that stands out prominently in my mind, so that just goes to show that there wasn’t a lot of it then and I’m so grateful that now, kids these days actually have that to look up to and if somebody were to ask them that question, they could say, “Oh, I saw Julia Lester perform the Hanukkah medley on ‘High School Musical: The Musical: The Holiday Special.”

If you’re comfortable sharing, what was your Jewish upbringing like?

I went to Hebrew school all growing up, religious Hebrew school. And I was bat mitvahed at 13. Judaism was definitely a very big part of my childhood. Both of my parents are Jewish and both of my sisters. We would go to temple on the High Holidays. My dad is really immersed in Judaism and to be able to have him to look up [to] and to teach us our background and where we come from was really wonderful and I have a lot of wonderful memories of going to religious school growing up. I went to Jewish sleepaway camp, too, so I was really immersed in it my whole life, and I’m very grateful for that.

Do you have a favorite Jewish holiday or tradition?

I’m a big sucker for Halloween, so whenever Purim rolled around, I was like, “Oh my God, another chance to dress up.” So that was always really fun. We would have a big carnival at the temple that we went to growing up and me and my sisters always dressed up as Esther, but we were called Esther Lester because it just rhymes and is funny and fitting.