The Best Passover Videos on the Internet 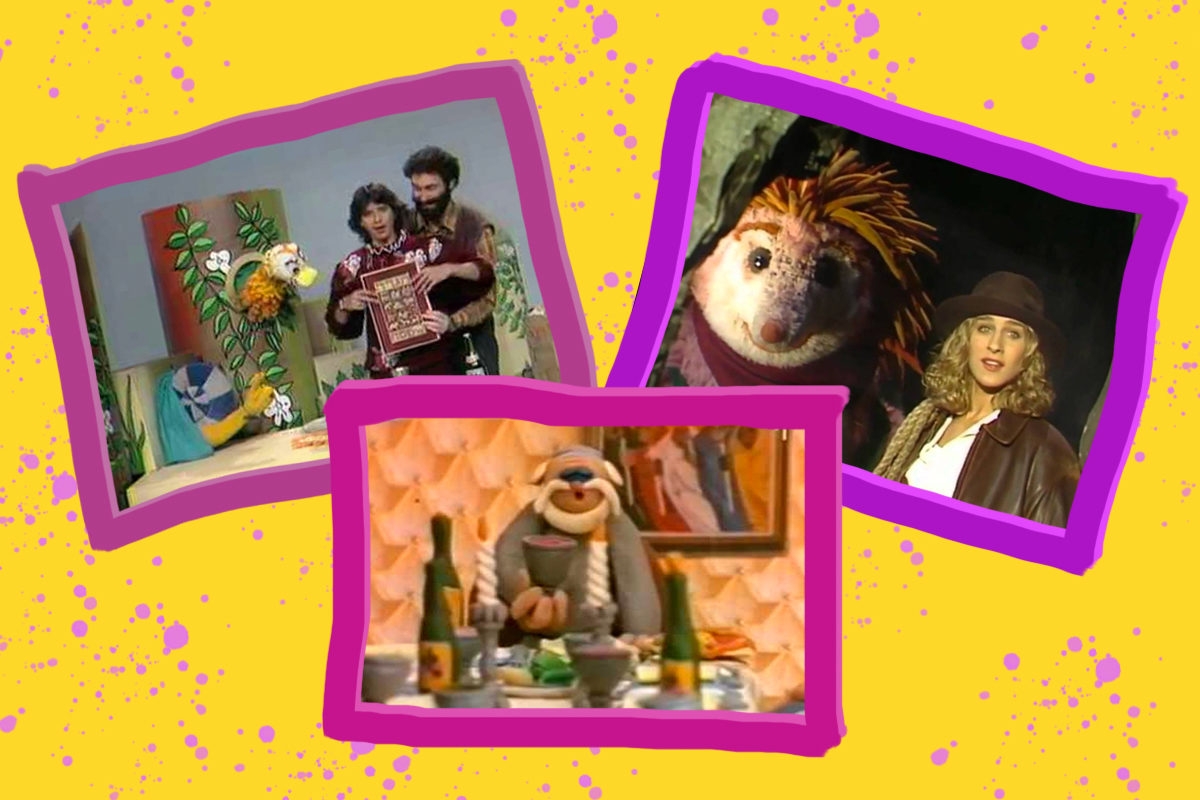 If you’re anything like me — and I’m betting you are! — social distancing may have made your rigid rules about screen time disappear, along with your desire to wear anything but sweatpants. Since the coronavirus pandemic has turned my house into a WeWork and in-home daycare run by a very bare bones staff, I have to say my son has watched more TV these past few weeks than he ever has before.

Now that the TV/computer/iPad screen is the only babysitting service that will come to your house, maybe it can also be a bit of a Hebrew school teacher, too? As we’re heading into Passover (which starts at sundown on April 8, 2020), here are some of the best Passover videos out there to educate and entertain your kids, and, hopefully, to make you feel better about all that screen time.

Yes, our fave Jewish mom Mayim Bialik is also amazing at explaining Jewish holidays. Here she is breaking down the story and the gist of Passover.

The great English adaptation of Rechov Sumsum, the Israeli version of Sesame Street (Seth Rogen is a fan!) has a couple of episodes about Passover.

One from 2010 that features That’s So Raven star Anneliese Louise Van Der Pol as she and Grover celebrate Passover in the Holy Land.

There’s also this great explainer about the afikomen from a young Jake Gyllenhaal:

The other from 1991 features the one, the only, Sarah Jessica Parker! I have to say, this episode is so fun and sassy, it’s enjoyable for kids and parents alike.

Yes! The Rugrats Passover episode is available for streaming on Hulu right now (it’s episode 23 of season 3). Not only is it nostalgic and adorable, but it also does a surprisingly good job of retelling the Passover story!

The Prince of Egypt

Here’s a movie about the story of Passover that is breathtakingly beautiful, has incredible music, and provides an hour and forty minutes of distraction for your kids (if they have the attention span for it)! The Prince of Egypt is available for streaming on Hulu for free with a subscription, and you can buy it on other platforms.

For so many of us, The Animated Haggadah is Passover nostalgia at its best. The quirky claymation movie from the ’80s was a staple for many Hebrew school students. And the Haggadah featuring stills from the movie became, for many one of the best parts of the Passover seder. The full movie is currently available to view on YouTube:

There are so many Passover parodies out there! My suggestion: If you are blessed and your kids think these are fun and entertaining, this is the Passover to lean in! Try this Lion King parody, this Moana parody, these bazillion Frozen parodies. There is Y-Studs. The Maccabeats. Six13. The world is your Passover parody oyster!

Shaboom — a YouTube channel and an animated series by the same name — have some great animated videos about Passover. The animation is so colorful, thrilling, and fun, and designed to appeal to the pre-K set:

There’s a great video to teach the Four Questions:

There are also some great Passover sing-a-longs:

Tkiya has great Passover programming on their Facebook Live this week, which you can rewatch. The Jewish music initiative, which makes catchy Jewish music for young kids and toddlers, also has a great matzah song that tells the Passover story:

The Prince of Egypt musical

No, no, I’m not talking about the Prince of Egypt musical that recently premiered in London’s West End and will hopefully come to America whenever this hot mess is over. This Prince of Egypt musical is an Israeli production, in Hebrew, and the full show is available for streaming on YouTube! It’s a good chance to see how many Hebrew words and character names your family can recognize, and also enjoy the campy power of Israeli musicals.

“The Passover Story in 10 Scenes”

PJ Library has a short Passover video, a journey through the Passover story with 10 beautiful scenes. The illustrations in this video are quite lovely!

Does your kid love storytime? Here are a couple of great Passover-themed children’s books readings on YouTube from Kids’ Story Time! This will give you a little bit of a break from reading the same Passover book you have in your house over and over and over again. (OK, maybe that’s just me!)

Is your kid obsessed with Playmobil or Legos? There are some really fun retellings of the Passover story  using their favorite toys! This Playmobil one is pretty trippy and artistic. I love it:

And here is a fun Lego Passove video. Watch it, then challenge your kids to recreate some of the Passover scenes with their own Legos:

I still find Rube Goldberg machines endlessly fascinating, and the Technion in Israel created this amazing Passover themed one, which tells the Passover story in one minute. It’s so worth watching!