The Billboard Music Awards Were a Jewish Family Affair 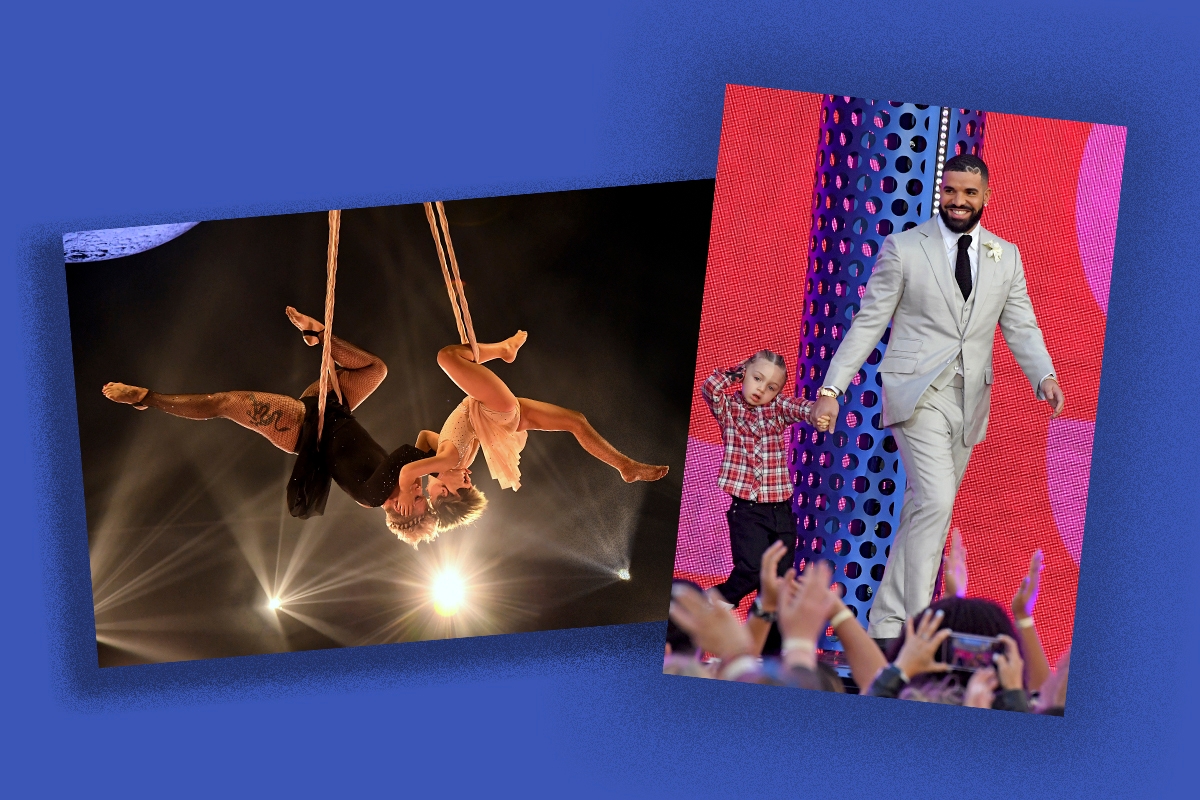 Sunday’s Billboard Music Awards ceremony was one to kvell over! We absolutely love to see Jewish celebs sharing special moments with their kids — so you could imagine our excitement when Jewish pop megastar Pink and iconic Jewish rapper Drake schepped some major onstage naches with their children. (“Schep naches” is a Yiddish phrase that means to derive great pride and joy.)

First off, Jewish mama Pink, who received Billboard’s Icon Award last night, performed a brief medley of some of her tear-jerking ballads and angsty dance hits, including “So What” and “Just Give Me a Reason.” But the reason our hearts are full today is because Pink kicked off her set with her recent song, “Cover Me in Sunshine” — a heartwarming duet with her 9-year-old daughter, Willow. (The singer and her husband, Carey Hart, also have a son, Jameson, 4.)

But perhaps the most exciting part of the performance was the opening. Pink, 41, carried her daughter onstage — and soon they were performing an an aerial acrobatics routine together!  While Pink is known for her incredible skills in this unique department, this was Willows aerial debut — and she rocked it! You can watch their incredible performance here:

Later, as Pink gave her Icon Award acceptance speech, she gushed to the crowd: “Willow, you nailed it!” We have to agree!

These are far from the only Pink-related highlights of the evening. After receiving her award from rock legend Jon Bon Jovi, she confessed she was obsessed with the singer as a child. (I mean, same.)  “I have to tell you, I think you might already know this, but I did not come out of my room for a week when you married Dorothea,” Pink said, laughing. “I was 8, I ripped your poster off the wall, I replaced you with Sebastian Bach. I’m very glad that you found lasting love, Jon, but you broke my heart! I take this as an apology, and I accept.”

Jewish rapper and producer Drake, 34, also had a big night: He was named Billboard’s Artist of the Decade, for his outstanding achievement of having 232 songs on the Billboard Top 100 chart. That’s actually Billboard’s record for any one artist — wow!

To receive his award, Drake — who was born Aubrey Drake Graham —  ascended the stage with an entourage that included his dad, Dennis Graham, and his Jewish mom, Sandi Graham, and his 3-year-old son, Adonis Graham, whom he shares with former model/painter Sophie Brussaux. Drake accepted the award with gratitude and mensch-like humility. “The truth is, I’m really bad at taking compliments,” he said. “I’m really self-conscious about my music. Even if I do a good job, I always wonder, you know, how I could have done it better.” (Stars, they’re just like us!)

At this point, Drake says, “Hey, wait, wait,” and we witness a teary-eyed Adonis, gripping the Billboard award and seemingly (and understandably!) overwhelmed by all the excitement, trying to exit the stage. Drake picked up his son, saying, “and to you” — meaning, Adonis — and gave him a kiss on the cheek.

The moment was unanimously heartwarming and relatable — watch it for yourself here:

We are so happy for these stars, who are so deserving of their awards. Mazel tov!