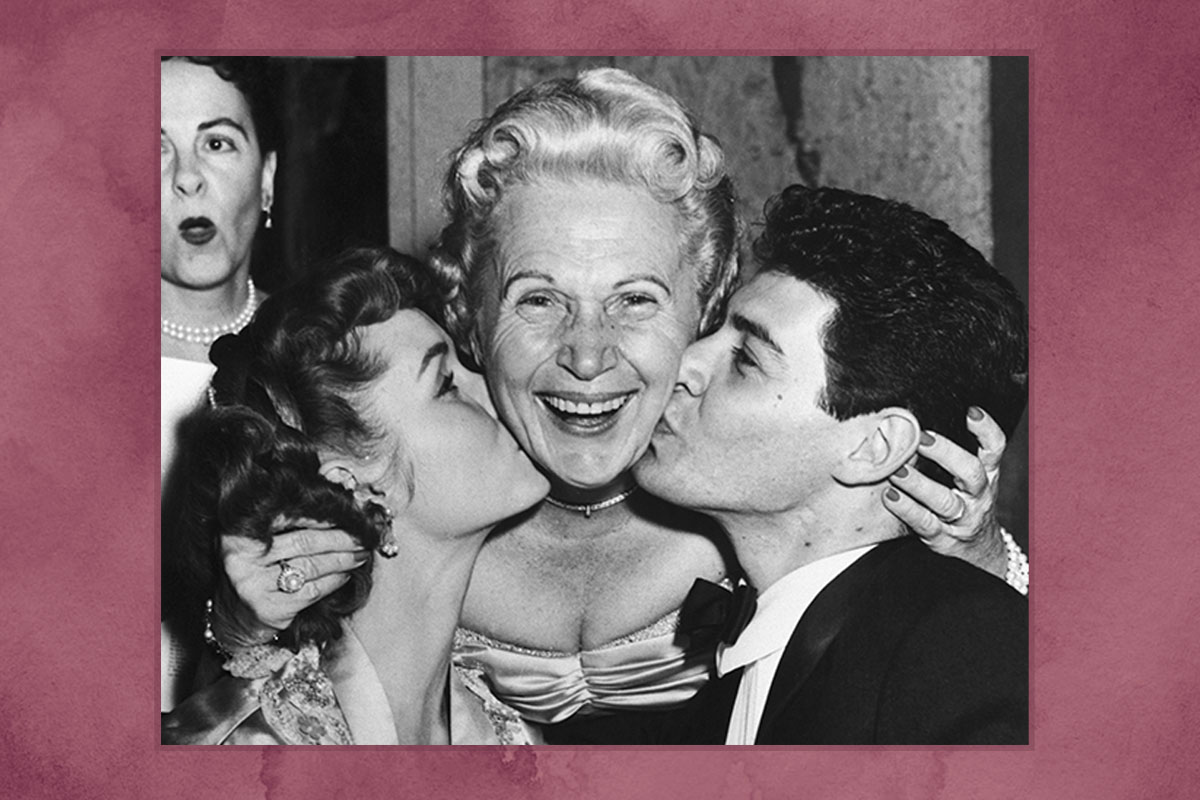 If you associate the Catskills with legendary Jewish-owned summer resorts, please take a moment to thank Jennie Grossinger. Grossinger — who was born on June 16, 1892 —  was a key founder of one of the most famous Catskills resorts of all time: Grossinger’s Catskills Resort and Hotel in Liberty, NY. The resort was a hub for Jewish families in the 1920s through the 1980s, and was the inspiration for the iconic 1987 film, “Dirty Dancing.”

Hosting up to 150,000 guests in its heyday, Grossinger’s was home to three swimming pools, a ski slope, 600 rooms, a post office and even an airport! Thanks, in no small part to Jennie’s warmth and legendary hosting skills, this luxurious vacation spot brought in famous guests in its prime, including such prominent figures as Eleanor Roosevelt, Jackie Robinson and Robert Kennedy.

Grossinger’s was created when Jennie’s father, a Jewish immigrant from Austria, bought a piece of land in the Catskills, intending to leave New York City and return to the farm work he left behind in Europe. When the family realized that the property’s rocky soil would not support crops, it was Jennie who suggested that the family begin to take in boarders. This decision then led to the purchase of a hotel in 1919 that, in due course, became the upscale resort.

Jennie was born in the Galician village of Baligrod; the eldest of three children, the family immigrated to the U.S. in 1900. Like many Jewish newcomers, they lived on New York’s Lower East Side; Jennie attended Hebrew school and public school before dropping out to work at a garment factory at age 13. In 1912, she married her cousin with the same last name, Harry Grossinger. The couple had two children, and ultimately six grandchildren and a great-grandchild at the time of her death in 1972.

In her obituary, the New York Times remembers Jennie as a “gentle Jewish mother” and a person who was so warm that a resort employee recalled being “treated like family.” She was also known for kissing spontaneously — awww —  which we’re guessing may have inspired this adorable photo at the top of this article of Jennie being kissed by Jewish actress Debbie Reynolds and Jewish singer Eddie Fisher. (Why, yes, indeed, they are Carrie Fisher’s parents.)

In 1964, following Harry’s death, Jennie turned over the day-to-day operations of the resort over to their children. And yet, according to the Jewish Women’s Archive, Jennie “remained the soul of the resort.” By that time, the clientele had extended far beyond the Jewish community (Jennie wrote that, by the late ’60s, about 25 percent of the guests were non-Jewish), but the resort still retained its Jewish character. The cuisine served was kosher, and the Times reports there was no smoking allowed in public rooms during Shabbat.

Beyond making Grossinger’s a place to see and be seen — and helping launch a variety of successful ventures, including Eddie Fisher’s career and Grossinger’s rye bread — Jennie was also deeply philanthropic. She was honored by both the Jewish War Veterans and Women’s Division of the American Jewish Congress for her humanitarian efforts and her devotion to the Jewish community.

Grossinger’s closed in 1986 and, for several decades, it lay in ruins. Despite this sad development, its storied legacy endures. As of 2019, the site has been cleared, and there are rumors that it will be redeveloped into a new resort. (When this happens, we hope we’re invited to the grand opening!) These days, many Jewish families from New York and elsewhere still visit the Catskills to enjoy the mountain air during the summer, and it’s home to a growing Orthodox community as well as numerous Jewish summer camps for kids.

So happy Jennie Grossinger Day, Kvellers. We hope you all celebrate by kissing your loved ones and having some fun in the sun!