The Jewish History of Mah Jongg Is Complicated 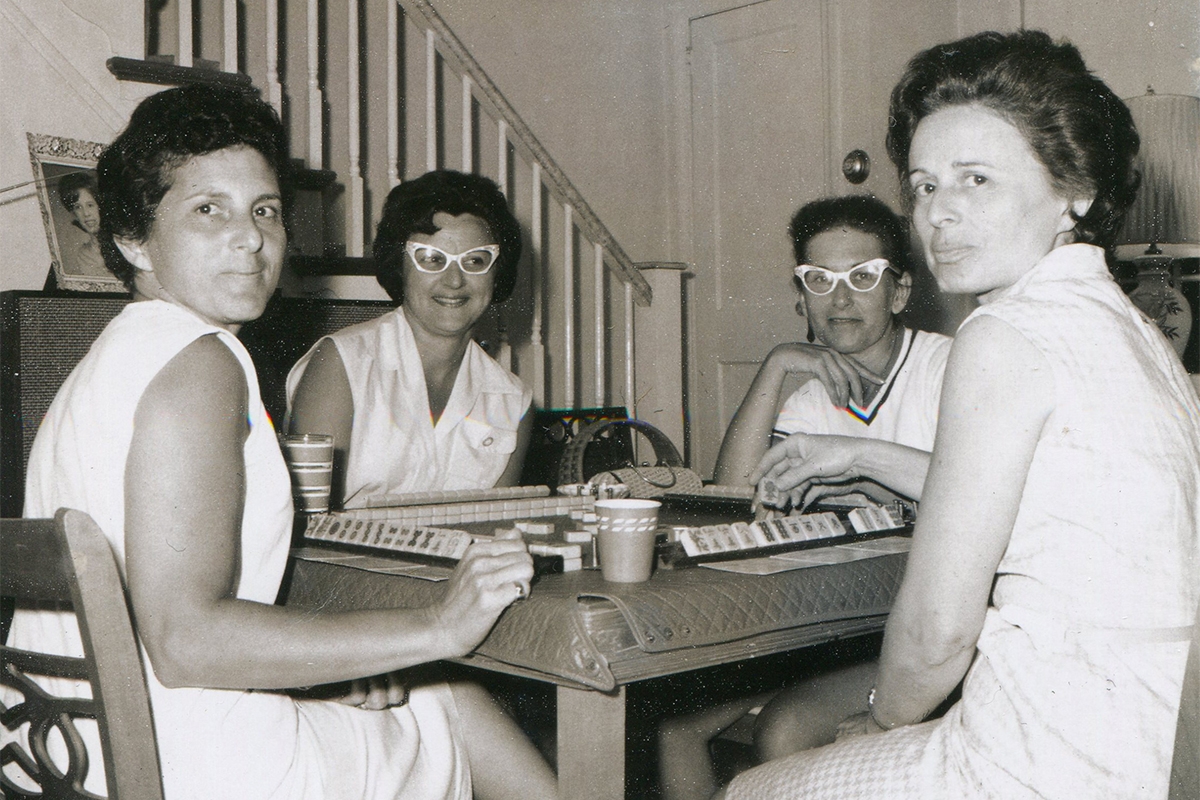 In case a pandemic wasn’t quite enough, over the past year we watched the world erupt with desperate calls for social justice, and our society turned an eye toward the tensions of belonging. The Black Lives Matter protests over the summer of 2020 shed a bright light on racial inequality in the U.S. This examination of systemic racism occurred amidst wider turbulence that also saw a surge of anti-Asian and anti-Semitic hate crimes. As we reaffirm the diversity of what it means to be “American,” at the very least it’s nice to know we have grappled with many of these issues before. And it involves mah jongg.

I was surprised to learn that issues of cultural identity and belonging have anything to do with mah jongg, but University of Oregon history professor Annelise Heinz makes a compelling case for this in her new book, Mahjong: A Chinese Game and the Making of Modern American Culture. In case you thought mah jongg was just a fun game with pretty tiles (plus a side of snacks, of course), Heinz deftly chronicles how mah jongg has ushered groups of “others” into a greater sense of belonging here in the U.S. — specifically, Jews and Asian Americans. She also details the many ways that mah jongg has impacted our society and, conversely, how American culture changed mah jongg.

The book takes us on a fascinating ride through the 1920s and 1930s, when mah jongg first arrived on American shores from China, accompanied by equal parts reverence and racism. When hundreds of Jewish women gathered in 1937 to standardize – and Americanize – the game they called mah jongg (with an additional g), they created a consumer base that would last for generations. Mah jongg in America created economic and cultural change, and for many Jewish women, it served as a symbol of both cultural identity and assimilation.

If there were ever a time to explore how this pleasantly tactile, social game has impacted issues of race, gender, identity and belonging, that time is now. As an avid mah jongg player myself, I was excited to have the opportunity to talk with Heinz and ask her some questions about her book and the game.

This interview has been lightly edited for length and clarity.

What is your personal history with mah jongg? How did you first start playing, and how did this book come to be?

I lived in Southwestern China for a year (2007-2008), teaching English at Yunnan University. Mah jongg is everywhere in contemporary Chinese life. Restaurant wait staff would play in alleys during their breaks; retirees would play in the park at all hours; families played together, especially during Chinese New Year. I learned to play the basic Chinese game from a friend whose grandfather had taught her.

My aunt visited when we were in China. She grew up in a strongly Jewish neighborhood of Denver in the 1950s and ’60s, so she was aware of the game and knew it as something her friends’ mothers played. She had lots of middle-aged Jewish friends, and she asked the question: Why do my Jewish friends play this Chinese game? I thought we could just find out on Google, but I quickly discovered that no one had done the research. What I discovered from scratching the surface of the historical record was this incredible 1920s fad with hundreds of newspaper articles. This was before the Project Mah Jongg exhibit, and it was clear that the game had a rich and complicated history in the U.S.

Why do you think mah jongg has withstood the test of time? What is it about the game that has made it survive and thrive for so long?

It’s a great game — the joys and pleasures of the game; the satisfying sensory aspects that bring people together; the way the tiles look, sound, and feel; and, also, increasingly generational identity. People pass mah jongg sets down from one generation to another. On top of the elements of the game that keep it alive, there are all these other things that create their own momentum. Once it becomes a part of family rhythms — as it has for many Asians, Asian Americans, and Jewish Americans — there’s a sense of connection, pattern, and ritual. Cultural rituals keep things alive. 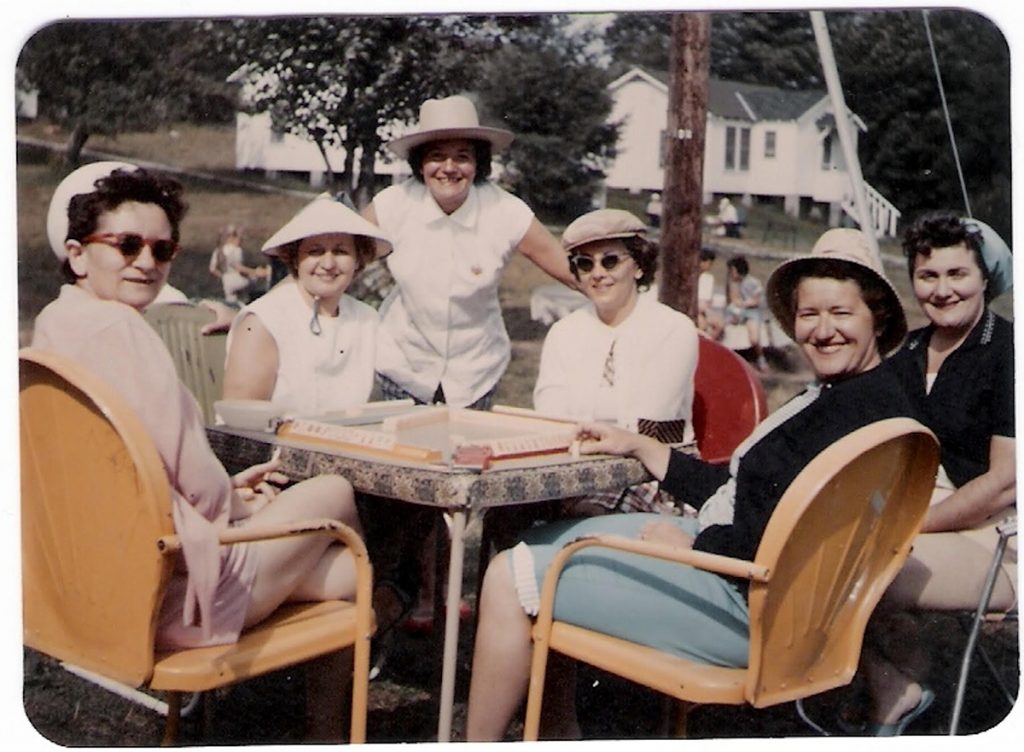 Mah jongg has a built-in kind of flexibility — it’s unusual to have a game that can be played competitively and intensely, or it can be played in a more relaxed way. Mah jongg is genuinely intellectually stimulating but at the same time there’s a lot of luck — the combination of strategy and luck keeps it really lively. There are also rhythms between rounds, there is just enough time to shuffle and chat. It’s the perfect amount of time to connect with new friends or with a grandparent who might not speak the same language, or to catch up with old friends.

What was it about mah jongg that you think has such a powerful draw for Jewish women in the 20th century, in particular?

In the early 20th century, Jewish women and men participated in the mah jongg fad alongside mainstream American engagement with the game. After the National Mah Jongg League formed  in 1937, seeds were planted for American mah jongg — or, as I call it “national mah jongg,” since that’s what the league called their game.

The Jewish connection has its historical roots in the shared 1920s fad, but takes unique form from the combination of ethnicity (in a time of newfound, mass upward mobility for many children of Eastern European immigrants), and the possibilities and constraints women are experiencing from the increasingly domestic culture.

The NMJL was founded by Jewish women, so the game spread through their networks, even though they wanted this to be a national phenomenon. Jewish Americans were at the forefront of creating these leisure patterns, such as family resorts in the Catskills and other vacation communities. Jewish women were experiencing a widely shared, gendered experience, in part because of a notable generational shift. There was greater acceptance of white ethnics after World War II — Jewish women were upwardly mobile, relocated to the suburbs, disproportionately highly educated, and many had worked outside the home before having children. Mah jongg is a game of intelligence and strategy and provides an opportunity to connect with others who are also having this new American experience.

Part of what happens is that mah jongg becomes one of multiple ways to hold onto and demarcate the Jewish American experience in the context of upwardly mobile, suburban, middle class assimilation. Although that enfolding into whiteness offers a lot of possibilities and promises, it also poses risks of cultural loss. Mah jongg becomes a powerful marker —  some Jewish women called it “our game,” though it was drawing from a shared American past and it was a Chinese game, that was (like Jews) different, other, not Protestant. Those things are subtle and subliminal but as it spreads along Jewish women’s networks, mah jongg becomes a powerful and important community marker.

Recently there has been some critique about the game being appropriated from Chinese culture by white women. What do you think about that?

The way we talk about appropriation in the media and social media is often flattened and binary. It’s not so black and white. In the book, I use the word “racist” and I use the word “Orientalism”  because that’s what was happening in the game’s history in the 1920s. Mah jongg is a story of cultural exchange and evolution, so we have to look at the whole picture. There are ways this is analogous to something like rock and roll, [which is] steeped in direct cultural and economic theft and racism, and also giving form to beautiful works of art and creating new kinds of cultural life. All of that is true for mah jongg as well.

I would also urge contemporary American mah jongg players not to try to exempt themselves from the history of mah jongg that is tied up with racism. There are ways that people still evoke those stereotypes — for example, when people use a mishmash of Chinese and Japanese cultural references, certain stereotypical fonts meant to convey “Chinese,” or embrace some of the parts of the 1920s mah jongg culture like the song, “Since Ma Is Playing Mah Jongg” we are keeping racism and Orientalism alive. This isn’t about throwing the baby out with the bathwater, but it is about reckoning with the history that continues to be intertwined with ongoing stereotypes, commercialization and commodification of Asian Americans. We really need to listen to people’s experiences and reckon with the pain that has been caused.

What are some particular ways that mah jongg has become “Americanized?

In an increasingly diversifying society, the game itself diversified. One of the obvious ways the game becomes Americanized is that the variants become systematized, as it did with the NMJL and the Wright-Patterson game (the game played by Air Force officers’ wives). That changed the game in fundamental ways, including requiring different tiles.

Throughout the rest of the world there are variants of the game, and they evolve organically over time. There’s no other organization that’s running the show (as the NMJL does in the USA). In the early 1960s, the NMJL solidified the layout of tiles and now it’s just the card that changes every year. That is distinctly American.