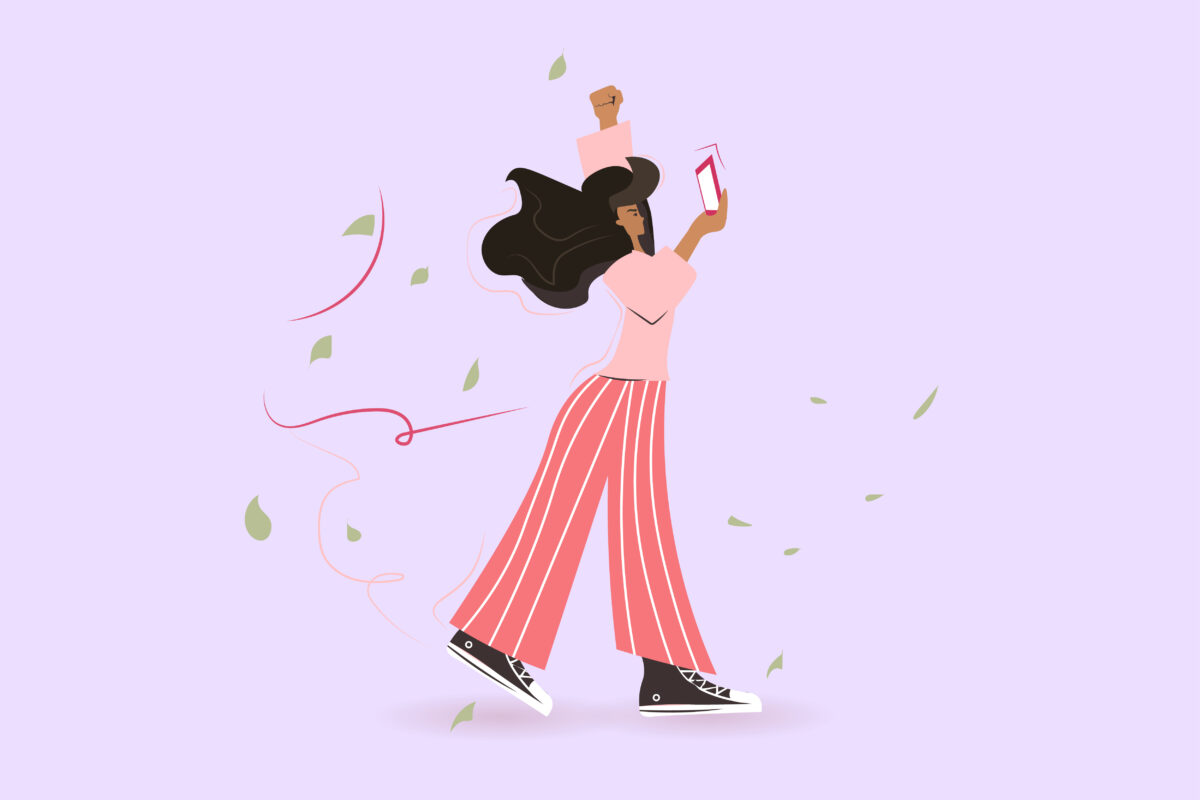 I never imagined I would ever have to make a parental decision like this one.

It was Friday night, and my 17-year-old daughter, Sophia, was emphatic about standing up for social justice and taking part in a scheduled Black Lives Matter rally planned for the next day. This pivotal moment of seeing my daughter’s uncompromising commitment to the exact same values I spent the last 17 years instilling in her was tearing me apart: Do I honor her passion to support a cause that I believed in, or do I keep her safe from a potential outbreak of violence and coronavirus?

George Floyd’s murder ignited a global protest against the historically unjust treatment of African Americans, systemic racism, and police brutality. In the days leading up to the rally — which was organized by Black Lives Matter and BLD PWR, and held at Pan Pacific Park in Los Angeles— images of rage and anguish dominated the news cycle, as protestors clashed with police armed with batons, tear gas, and rubber bullets.

And, of course, all of this was happening in the midst of one of the greatest pandemics in history.

Between the violent images and the deadly virus, my maternal instinct to keep my child safe and away from danger at all costs kicked into high gear. But, at the same time, I recognized Sophia’s need for action — after all, I was about her age when I became passionate about social justice issues, too. 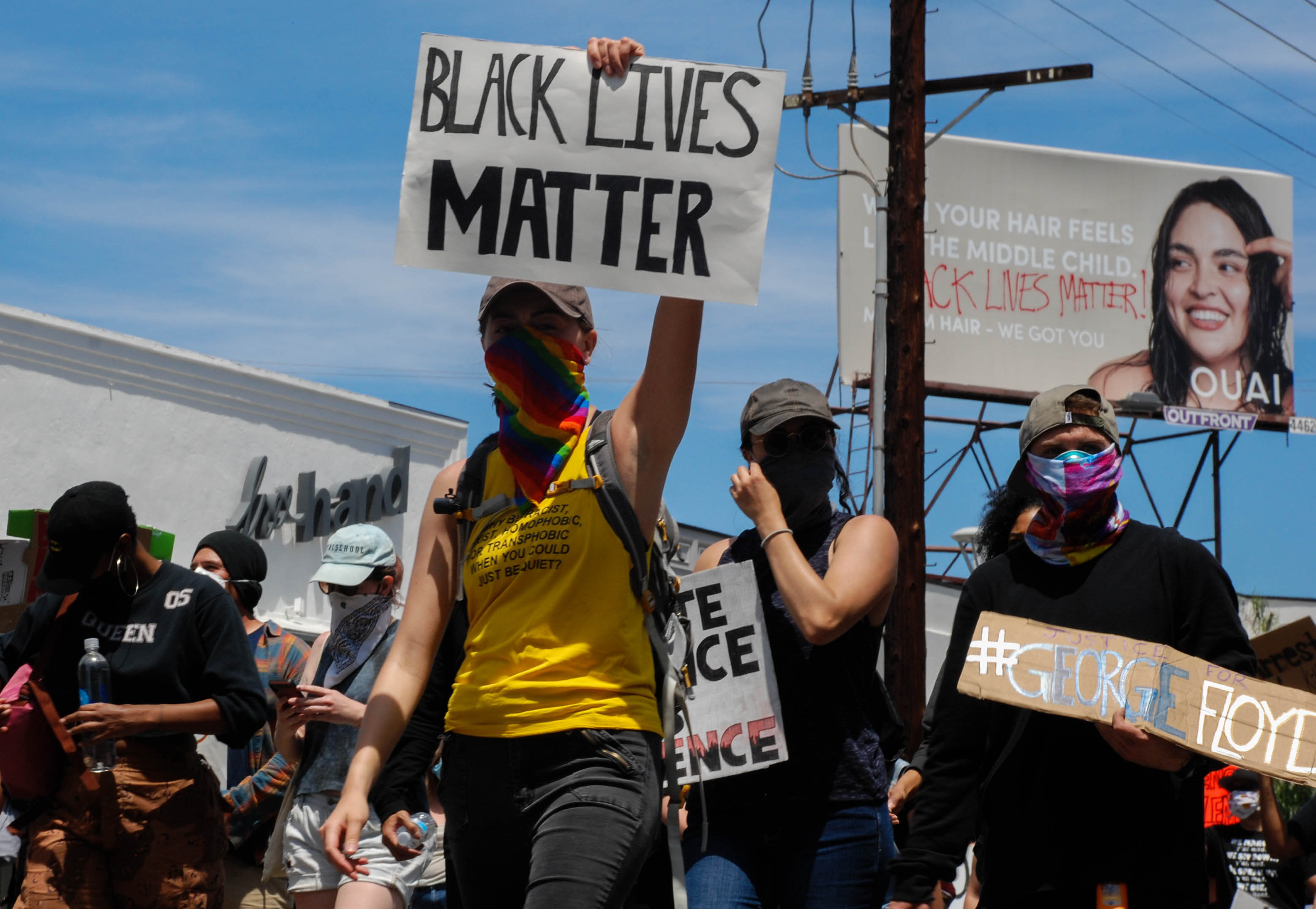 My father was born in Mexico City and, as the daughter of an immigrant, I have long been incensed at the misperception and devaluation of anyone not born in this country. When I was a college student, I protested for immigration reform and remembered the feeling of empowerment that came from chanting “Si, Se Puede” (“Yes, We Can”) alongside others who gathered for the same cause.

When Sophia was born, it was important for me to instill these same values of social justice. As the daughter of a Mexican mother and a Jewish father, Sophia was raised to embrace cultural differences, value diversity, treat everyone equally and above everything else, never compromise her values.

It was always important that my Mexican culture be part of my daughter’s Jewish life. Hanukkah meant latkes and tamales. Sundays were bagels before Hebrew school and trips to Boyle Heights for fresh pan dulce and a cold horchata after school. Exposing her to multiple cultures and creating unique traditions reinforced her appreciation of diversity and the value of differences in people.

As a baby, Sophia would listen to me read Jalapeno Bagel about the coming together of two cultures, when the son of a Jewish baker and a Mexican mother must decide what to bring to school for International Day. A rabbi introduced me to the phrase “Mazel Bueno” years ago — before Sophia was even born. I loved it and have used the expression with Sophia to convey congratulations for all sorts of happy occasions and life milestones.

By creating these unique traditions, I reinforced Sophia’s appreciation of diversity and the value of differences in people. What’s more, she was born on January 15th and is very proud to have the same birthday as Martin Luther King, Jr. In fact, Sophia delivered a speech to her entire school as part of Martin Luther King Jr. Day. She spoke of the importance of diversity and embracing cultural differences, and she shared her own experiences of being told to “Go back to Mexico” when she embraced her Latina culture on TikTok.

So, after some agonizing and lots of talking, I decided to allow Sophia to stay true to her values — to stand up for Black lives and be a part of this transformative moment in history. To deny her that moment of truth was unfathomable to me, and I realized the cost of not doing something outweighed the threat of the virus.

Sophia has a gift for photography that has earned her acceptance into gallery exhibits and multiple national awards. She has always been adamant about using her photography to make a difference and raise awareness of causes that mattered to her. Her camera would be her voice in this fight against social injustice. 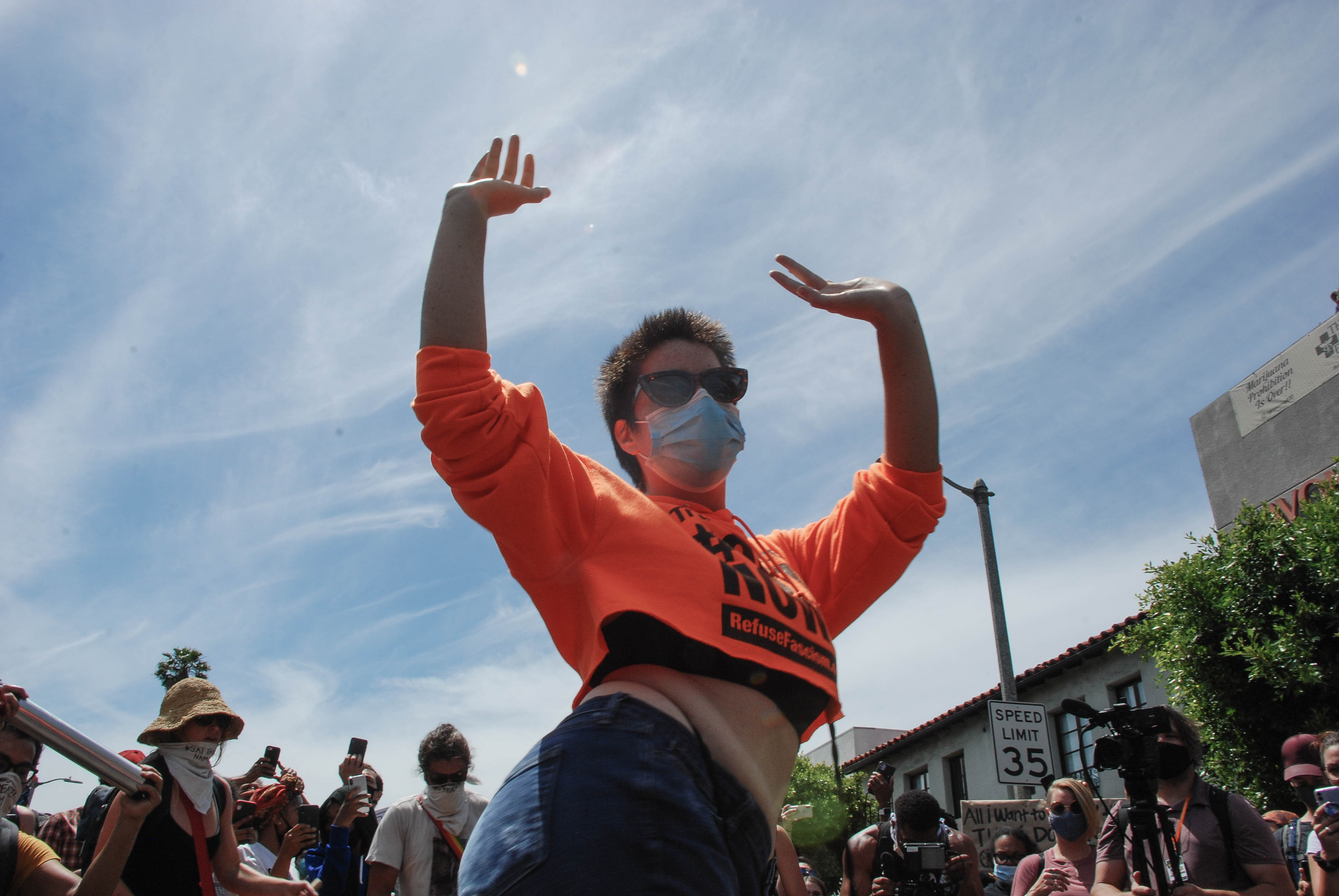 The next day, we were both as charged up as her camera battery. We arrived at the rally and my “mama bear” mode kicked in as I surveyed the crowd for weapons, armed counter-protestors, looters — anything that could ignite an explosive situation. But instead of tension or violence, there was a strong sense of community as people of all ethnicities, cultures, sexual identities, and ages came together to support a purpose greater than themselves.

Everyone wore masks, pumps of sanitizer were given out in abundance, and cold bottles of water were stacked on a wagon that moved with the crowd of supporters. Sophia navigated the crowd and captured powerful images: parents walking with their children, a spirited drum circle lifting the spirits of the people, the passionate faces of the protestors.

We were there for these peaceful, powerful moments when thousands of people came together to stand up for human dignity and equality. I told Sophia to think back to the previous year, when she spent her 10th grade semester living in Israel. She was in Jerusalem for Yom Ha’atzmaut, Israel’s Independence Day, and joined 6,000 other students who had participated in the “March of the Living” in memory of all Holocaust victims. It would be the first of many powerful moments for her, when thousands of people from different backgrounds stood together against prejudice, intolerance, and hate. 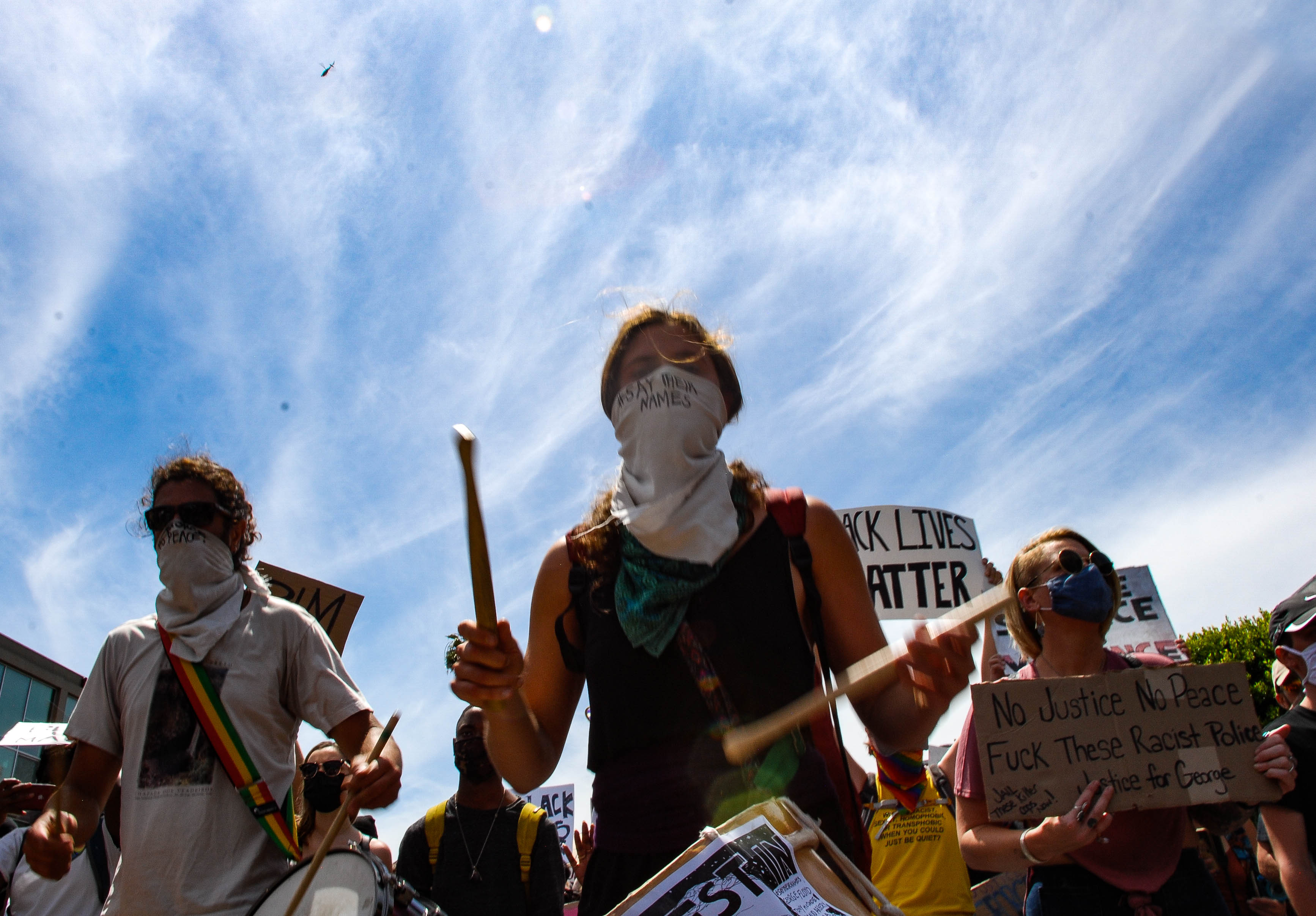 Bigotry, racism, and a society that remains silent while innocent people are brutalized for the color of their skin or their religion or their sexual orientation is dangerous and should never be tolerated. We must act in the face of social injustice and systemic racism happening in our own country right now.

What started out as a difficult parental dilemma turned out to be a truly momentous day for both of us. Giving my daughter the opportunity to use her photography as a voice for her beliefs — and to hopefully help change the world — is the best decision I have ever made.