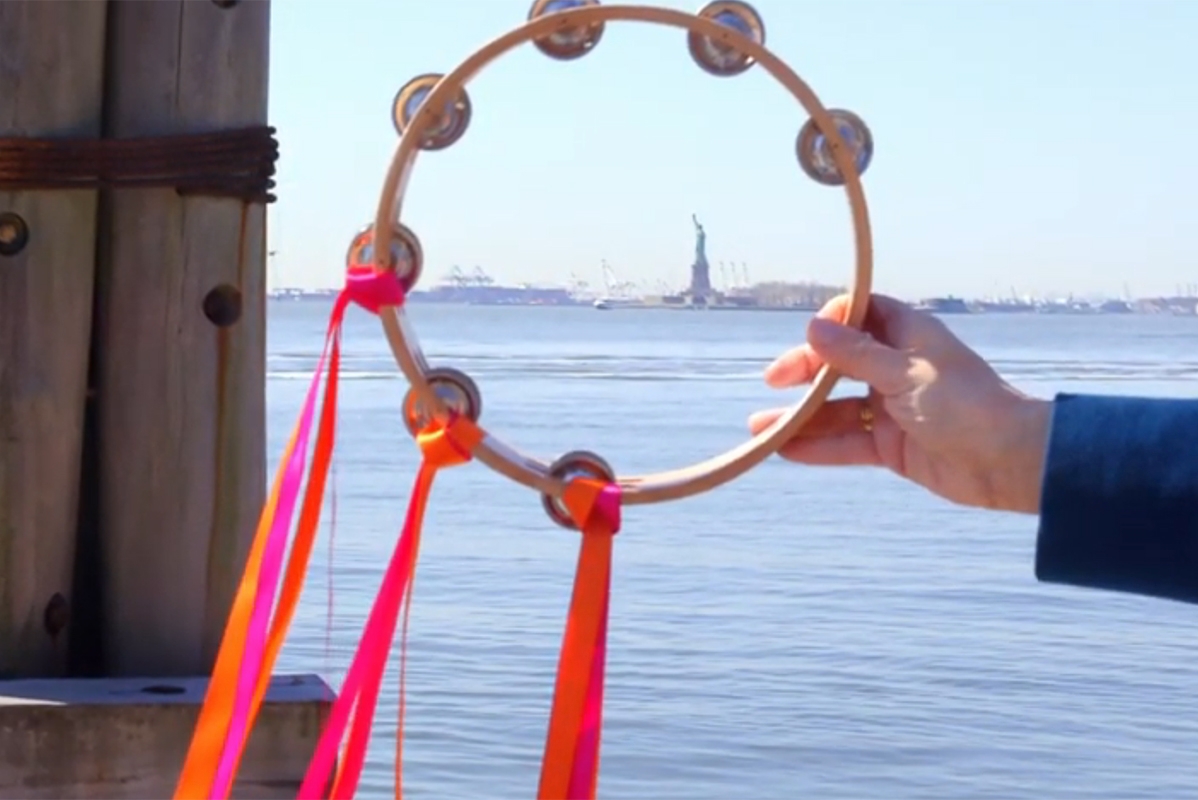 Singer-songwriter Debbie Friedman has an impressive catalog of essential Jewish songs. That’s probably not too surprising, considering that Friedman, who died in 2011 at age 59, transformed the face of modern Jewish music.

As hard as it is to pick a favorite song by Friedman, the best of the bunch may just be “Miriam’s Song.” This passionate, upbeat tune commemorates an essential juncture in the Passover story: The moment that the Israelites, fleeing slavery in Egypt, safely crossed the Sea of Reeds, and Miriam, Moses’ sister, leads the Israelites in song and dance. But the song’s catchy quality isn’t just about the lyrics; “Miriam’s Song,” as our colleague Molly Tolsky wrote in Alma, is “a downright banger.”

While nothing can compare to the infectious energy of the original version — particularly the experience of dancing to the song at a Jewish camp’s song session — there’s a new, moving cover of “Miriam’s Song” that was released just in time for Passover. It’s sung by the Project Kesher Chorus, an initiative of the Jewish feminist nonprofit Project Kesher.

Project Kesher is an international organization that focuses on building Jewish community and empowering women leaders in countries like Russia, Ukraine, Belarus, Moldova, and Georgia, as well as within Russian­-speaking communities in Israel. Its mission, according to their web site, is to “advocate on behalf of women and girls, the Jewish community, and underserved populations in their region.”

The organization focuses on the values of Judaism, feminism, and pluralism through programs like leadership training and Jewish learning. They also advocate for causes like ending gender violence and breast cancer awareness.

In other words, we can’t think of a better group to honor the message of “Miriam’s Song” — a tune that centers women’s empowerment and leading with joy.

The heartwarming video includes groups of women in places like Jerusalem, Moscow, Kyiv, Minsk, New York City, all singing and dancing with timbrels (as Miriam did, of course!). They also pose in front of landmarks, including the Statue of Liberty and the Fearless Girl statue, which was erected in 2017 in honor of International Women’s Day.

The video also includes scenes from Women’s Marches across the world, reminding us that gender inequality is yet another plague in our society from which we need an exodus. The video is dedicated to Friedman and the Ma’yan Seders, a type of feminist seder founded by Ma’yan: The Jewish Women’s Project of the JCC in Manhattan.

The song is a timely reminder of our responsibility to stand with those all around the world who are fighting injustice, as well as the huge power of women working together to combat it. Happy Passover to all, and we hope you enjoy this video as much as we did!