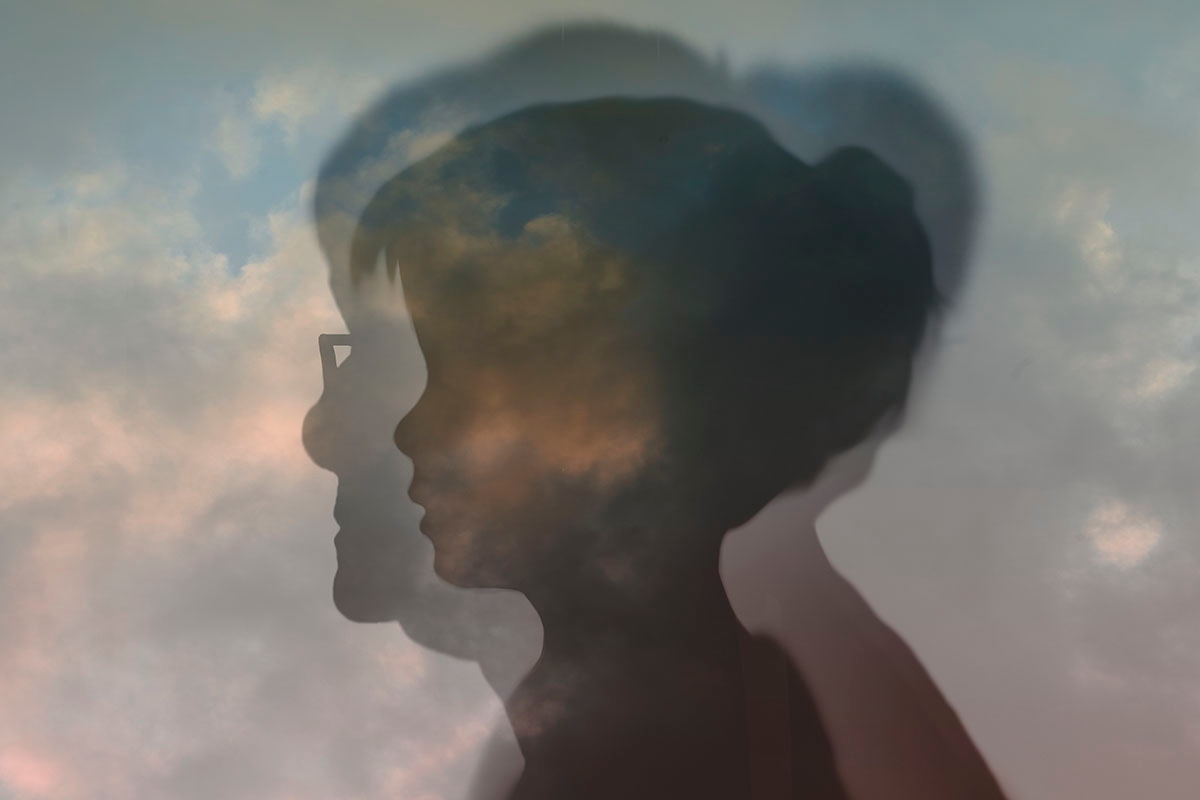 I flash back to the weekend of my grandmother’s funeral, in May 2014. I was 28. I had recently graduated from law school and I was working as a junior associate at a large Manhattan law firm. My family was sitting outside on a patio; it was one of the few nice days a year in Edmonton, Alberta. My stepmom brought up the fact that perhaps I should get tested for the BRCA mutation. That’s ridiculous, I thought. Grandma Seema developed breast cancer at the ripe old age of 86.

But I remember feeling a twinge of fear.  Did I really want to know?

Turns out, I would find out much sooner than I anticipated. When I developed breast cancer at 33 years old — when I was 33 weeks pregnant with my second child — I also learned I had the BRCA1 mutation. My grandma was likely a carrier of the mutation, a mutation that gives carriers a 55% to 65% risk of contracting breast cancer before age 70.

As I tried to grapple with the existential unfairness of it all — “why me?” — I often wondered about the mystery of this genetic mutation, which didn’t reveal itself to my grandma until her late 80s (and, even then, it was never confirmed).

Just how did she keep this horrible disease at bay? Was it her incessant vigilance about her health? Or did her all-consuming concerns about health stem from a sense something was amiss within her body?

My grandma had thick, dark wavy hair, something that I inherited from her. But you wouldn’t know it: Her weekly salon appointments transformed her hair into the shape and consistency of a helmet. She  wore white lace-up sneakers and large sunglasses. Her looks revealed her Ashkenazi Russian heritage, but she was a handsome woman and quite fit for her age.

She was always doling out tips for avoiding everyday dangers. For example, though she was right-handed, she made a point of holding her coffee mug in her left hand. Every time, she explained as if she were imparting some great life wisdom: “The other day I was watching Dr. Oz, that handsome doctor from the Oprah show,” she’d say. “He said you should use your left hand to hold your coffee mug because most people use their right hand. So, the left side is cleaner.”

She truly believed these rules offered her and anyone lucky enough to be within hearing distance some protection from the ayin ha’ra (the evil eye), the ubiquitous threat of danger lurking beneath the surface of everyday life.

Grandma Seema’s sense of fear had been ingrained early on, the imprint of a traumatic childhood. Her family immigrated from Russia to Toronto when she was very young. There, she contracted scarlet fever, forcing her into a sanatorium. Later, her mother, a religious zealot who likely suffered from mental illness, moved to Winnipeg to be closer to her rabbi, leaving her father to care for my grandma and her two sisters. Seema, the middle child, was still a minor when she was sent away to live with her Aunt Fanny in the prairies of western Canada. She was the only one of the three sisters who was sent away.

The scars of her childhood seemed to make my grandma fanatically cautious. Things that seemed incredibly mundane to my 20-something-year-old mind were big things to her: health, cleanliness, a roof over her head, a little money in the bank, a loving family.

Luckily, the post-World War II years were kind to her. At the end of the war, she met a handsome American soldier who was stationed near Edmonton. They married and had three boys, all of whom became lawyers, to their mother’s complete delight.

After her sons grew up and moved out, she started a career selling life insurance. Her success as an agent was probably equally a result of her love for people and her obsession with planning for future catastrophe.

She told me the biggest regret of her adult life was that she never got the daughter she always wanted. But then her middle son gave her something even better: me.

I always knew there was no one in the world that my grandmother loved more than me.

At least once a week during her lunch hour, she would buy us matching turtlenecks in pastel colors. She saved mine in the original plastic shopping bags with the receipts, stashing them in her large black overstuffed suitcase to bestow upon me the next time she visited. I despised these turtlenecks.

When I was 16, I came to visit her in Edmonton from Toronto. It was as if we were on the Royal Tour. I had to greet all her neighbors, visit with her Keep Fit class instructor, and meet her hairdresser. She told me, “They will all be so disappointed if they don’t get to meet you.” I strongly doubted that. I was even more skeptical when they all told me that I looked just like my grandma — then again, I clearly inherited a lot of her genes. At least the important ones.

Despite her good fortune, Grandma Seema’s fears never waned. She made us feel every lump and bump on her body, afraid to go to the doctor to have it checked out. She obsessively studied the latest trends in cancer-fighting foods, justifying her nightly indulgence of a single square of dark chocolate (or two, if she couldn’t help herself) with the fact that it contained antioxidants.

But when she finally did feel a lump in her breast, she didn’t tell anyone until it was too late. Maybe she was scared, or maybe she knew it was just her time. She spent her whole life trying to evade death, but by the time it came, it was quick — less than a year after her diagnosis — and she accepted it gracefully.

The dramatic irony of her risk-free lifestyle only came to light many years after she died, when it was revealed through my diagnosis that she likely possessed the BRCA1 mutation. Over the years, rumors had circulated in my family that, in the days leading up to her death, the doctors suspected she was BRCA positive due to the aggressive nature of her cancer. But she declined to get tested. I believe she wanted to die without worry or guilt. I don’t blame her. Her entire life was ruled by these twin forces.

I wonder if my grandma always knew that it was likely she carried this lethal gene, but was too afraid to find out for sure. As an avid collector of health facts, she must have known that Ashkenazi women face a tenfold increased risk of carrying this genetic mutation. And my grandmother’s sister had died from breast cancer in her 50s, suggesting a family history.

I am not angry at her  for her decision  not to find out. After all, it wouldn’t have changed anything for me. The medical recommendation for a woman in her 30s with a known BRCA mutation is, as my OB put it: Have your children as early and as quickly as possible and then get a double mastectomy as soon as you’re done breastfeeding.

The knowledge that I possessed this deadly gene would have destroyed my innocence, but ultimately wouldn’t have changed my fate.

Perhaps my grandma did protect me in the end. Perhaps it was her vigilance about her health that led me to find my own breast cancer when it was still a small, barely palpable lump, and seek immediate medical attention — likely saving my life.

Whatever the case, I now understand why my grandma constantly threw salt over her shoulder and told everyone kinehora (don’t tempt the evil eye). I see why every time she bought me an item of clothing, she told me to “wear it in good health.” She knew the world could be a dangerous place.

I understand now that I shouldn’t have been so quick to dismiss my grandma’s constant warnings. Turns out, she was right.