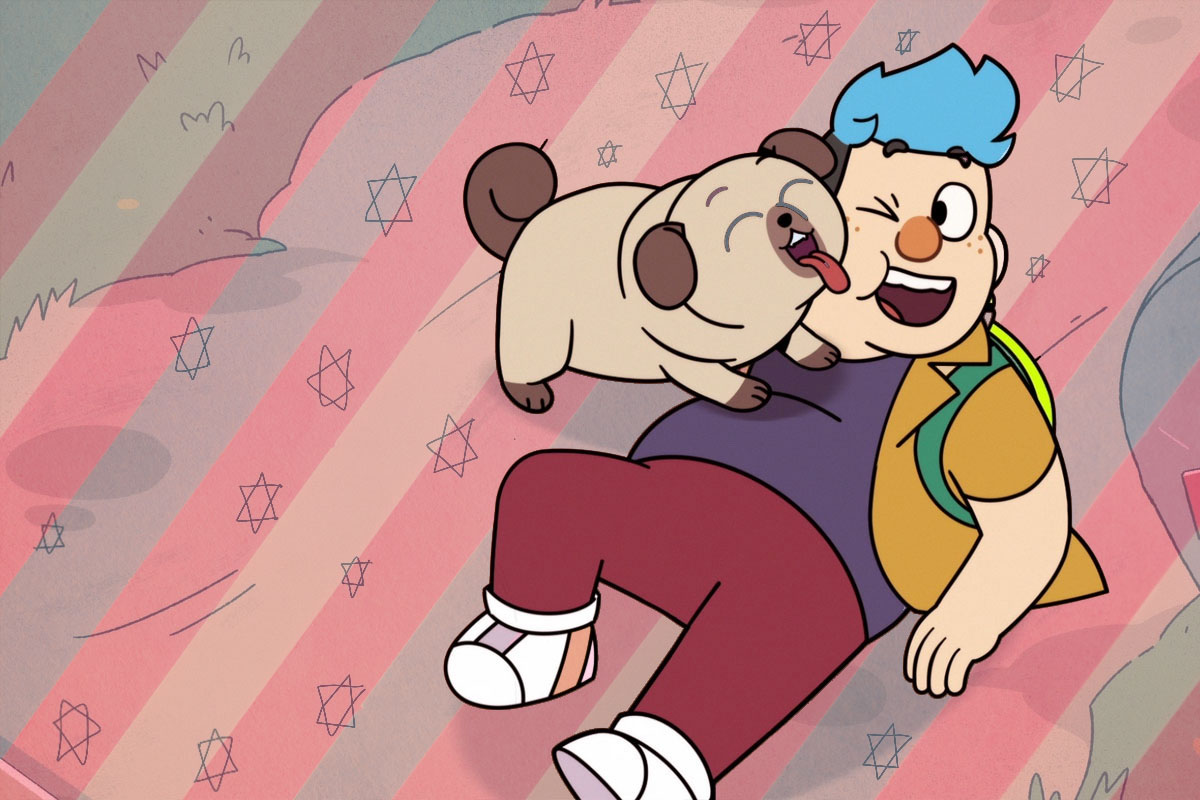 When it comes to good LGBTQ+ representation these days, perhaps one of the best places to find it is within the realm of animation. One of the latest and greatest developments of queer animated projects is “Dead End: Paranormal Park.”

Produced by Blink Industries, the show (based off comic book series “DeadEndia” created by Hamish Steele) revolves around two kids, Barney (voiced by Zack Barack) and Norma (Kody Kavitha). Barney and Norma apply to work at Phoenix Parks, an amusement park dedicated to Pauline Phoenix, a famous movie star/singer/Dolly Parton look-alike. However, upon entering the park the two soon learn that the park’s amusements lean more toward the horrific. They encounter various ghouls and demons, including a cranky, homesick-for-hell demon named Courtney (Emily Osment). Despite all this, the two decide to take the job; Norma due to her fandom dedication to Pauline Phoenix and Barney for a place to crash while avoiding a less-than-pleasant home life with his parents. As the two spend more time in the park, protecting its patrons against demonic threats, they grow closer, entering into many adventures alongside Barney’s talking dog (caused by demonic possession), Pugsley (Alex Brightman) and their various coworkers.

When I first heard about this show I was excited to learn that it would be headed by a trans-masc lead — a rarity in any show, much less an animated program geared toward a young adult audience. As a queer content consumer and fan of animated content, I am always eager for more media that explores representation within that intersection. In the show’s first episode, I was pleased to find my excitement merited by the show’s canonical and explicit trans representation, including Barney actually using the word “trans” onscreen in reference to himself, something I had never seen done before in all-ages animation. The further I got into the show the more delighted I was for Barney’s presence, not only as a trans (and gay!) character, but a Jewish one as well.

While not as emphasized as other parts of his identity, Barney’s Jewishness is displayed at various points in the show. In episode 3, “Trust Me,” his family is seen eating beef brisket; in episode 5, “The Nightmare Before Christmas in July,” he wears a blue and white sweater with a Star of David on it; in episode 10 he imagines his future wedding with crush Logan “Logs” Nguyen (Kenny Tran), picturing himself and Pugsley wearing kippahs and smashing the traditional Jewish wedding glass with his foot.

As a queer and Jewish fangirl, I rarely get to see the combination of two of my identities on screen (though shout-out to Kelsey from Craig of the Creek), so it was a very pleasant surprise to see this intersectional representation in Barney. In fact, the show itself is a beautiful beacon of diversity, not only showcasing a wide range of body diversity, but also featuring a South Asian female co-lead character in Norma, who has anxiety and is coded as autistic (a facet of her character that is supported by the multiple people on the production team who are on the autism spectrum, including creator Hamish Steele). Other noteworthy characters include Badyah Hassan (Kathreen Khavari), a hijabi girl with a sweet disposition and slightly sharp sense of humor, and Logs, a Vietnamese American achillean character who shares the cutest relationship with Barney.

What’s even more refreshing about the show is the way in which all these characters are able to exist in a well-developed horror-fantasy series. Their identities are respected without being the constant primary focus. Barney is allowed to be trans/queer and Jewish in ways that will ring authentically with other Jewish and trans/queer folk, such as having to deal with family members who show “less than stellar” allyship, as seen with Barney’s parents, without it being his central storyline. In each episode, we get to see these characters having the same kind of adventures as less marginalized (i.e., straight, cis, etc.) characters get to have all the time, such as dealing with spooky villains and embarrassing crushes, but showcased through the lens of queerness and neurodivergence.

Ultimately, in a world where (unfortunately) antisemitism, transphobia and general discrimination toward marginalized identities are on the rise, “Dead End: Paranormal Park” is an animated balm, a sweet escape in the form of horror, where those who would normally be the victims turn out to be the heroes. If you are a fan of shows like “Steven Universe” and “The Owl House,” then I can basically guarantee you’ll become a fan of this show, too.