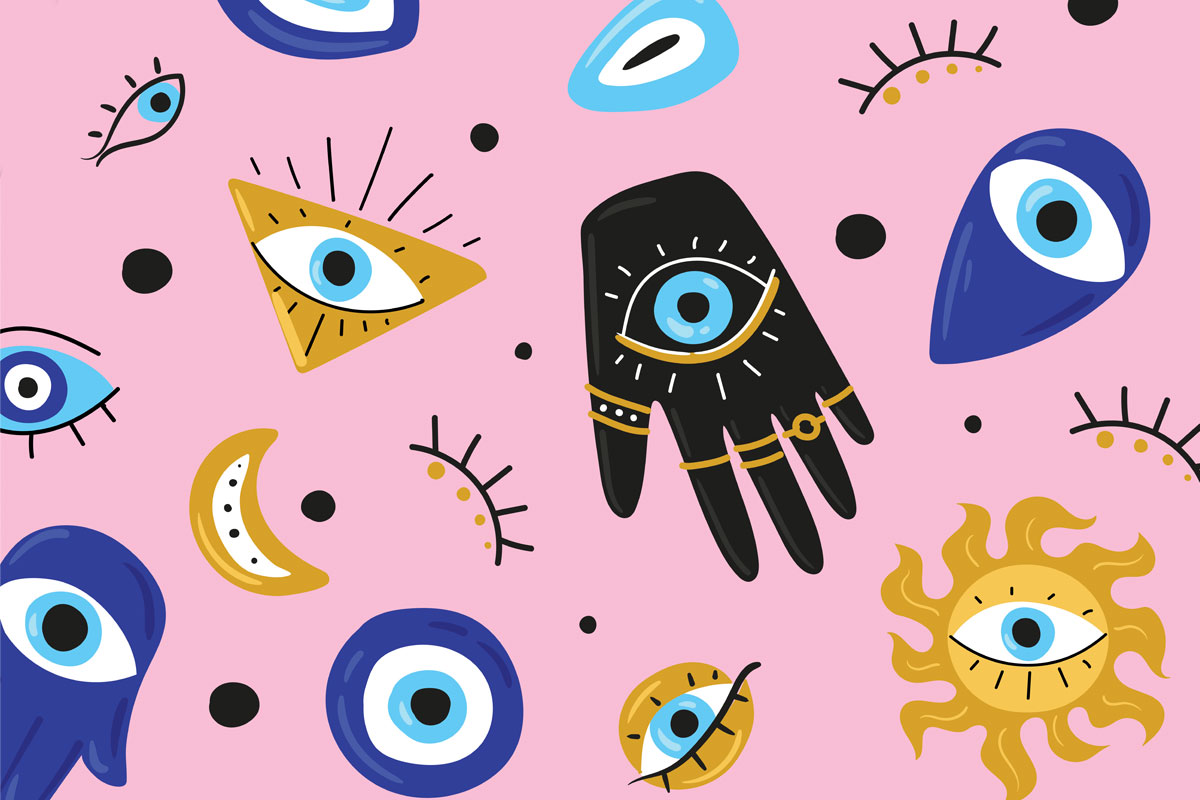 When I saw the plus sign on my pregnancy test, I was shocked. Coming off a miscarriage and two failed rounds of IUI, by the time the third cycle actually worked, I had pretty much written it off. As much as I longed to be a mother, and hoped that it would happen for me, protecting my heart meant not allowing my hopes to rise, and assuming the worst when I dared to look down at the test.

But there it was – the sign I’d been waiting for, my rainbow in the storm. I had taken the test in the pre-dawn hours, wanting to deal with my feelings by myself if it turned out to be negative, but instead immediately burst out of the bathroom, waking up my husband and two overly exuberant puppy big-sisters-to-be.

As reality set in, and a tenuous smile split across my face, decision-making mode immediately followed. As a newly pregnant and deeply nervous Jewish mom-to-be, I would need to figure out my own happy medium: How could I balance Jewish superstitions regarding pregnancy, my own ballooning anxieties and the need to plan? What would take precedence — supply chain concerns thanks to carrying a COVID-19 baby, or my hesitancy to believe that I might actually get my happy ending after all?

A Jewish pregnancy is often marked by a combination of superstition and reality. Before even trying to have a baby, as an Ashkenazi Jewish couple, my husband and I did genetic disease testing as a preemptive measure. We knew going into this process that there would be no baby shower, no announcing of gender or name, no purchasing anything for the baby until we heard a cry. I wouldn’t go to cemeteries, and internally flinched when well-meaning community members wished me “mazel tov” instead of the more circumspect “b’shaah tovah,” which literally translates to “at a good hour” and is used to in response to a pregnancy announcement to mean “may it all go well .”

During the first trimester of carrying my rainbow baby, Jewish superstitions were the ultimate enablers of my need to disassociate from my pregnancy for my own self-preservation. I knew I was pregnant, but if I didn’t let myself get excited, let alone do anything to prepare for an actual baby, maybe my heart wouldn’t break if things went badly again. So it was great to be able to blame Judaism for why I couldn’t get too excited, rather than having to grapple with my fears.

During the second trimester, though, things started to get real. As I heard the heartbeat at each appointment, I tried to breathe a little easier and allow myself to actually believe that I might get the baby I so longed for. I started to figure out my own path, weaving between the Jewish superstitions that felt so ingrained in me and the reality of my own lived experiences.

My first pregnancy resulted in news of a miscarriage less than 12 hours before the news came that my beloved grandmother was dead — a grandma who would have loved that baby, but who I never got a chance to tell. As a result of the cyclone of circumstances — miscarriage, pandemic, distance — I had to relegate myself to Zooming into her funeral while taking a COVID test before my D&C. Out of all of the things I was prepared to deal with, that particular scenario had never crossed my mind.

When the news of my second pregnancy set in, mixed together with the mourning I was in the throes of for both my baby and my grandma, I thought constantly about how much I wanted to tell her. So it was fitting that it was my grandmother that got me to take my first steps out of the haze of superstition.

In Jewish tradition, pregnant women don’t go to cemeteries. It’s bad luck — something I had had more than enough of. But having missed the funeral, I couldn’t also miss the unveiling. The chance to honor my beloved Grandma, to share words of mourning and love, and to support the rest of my family in our shared loss. So I went, halfway through my second trimester, stepping slowly between the headstones and out of my comfort zone, giving myself permission to believe that maybe everything would work out even if I broke the rules.

Cemetery trips are one thing, but trips to Buy Buy Baby turned out to be far more treacherous. I went armed with lists of recommendations about strollers and tummy time mats, and cautionary reminders about buying onesies with zippers instead of snaps. I left empty-handed, secretly thrilled that cribs were on back order (thanks, supply chain!), saving me from having to make choices about letting baby things into the house before the baby actually came. If I was still too scared to accept my reality, Jewish tradition was an all-too accessible enabler of my fears. That is, until other voices stepped in: My mother spoke to our most religiously observant cousin, who said that supply chain problems outweighed Jewish customs, and that purchasing essentials was just that — essential. So, out went that excuse.

I had to figure out my own balance of superstition, self-care and practicality. I decided that I could buy a few essential products, but not bring them into my house. I wouldn’t buy anything cutesy or superfluous, only things that were really needed, and they would stay safely in my parents’ garage until the appointed day. I could make a list of people to call, and research pediatricians, but no registries or name sharing for me.

As I write this, I’m 32 weeks pregnant. I’ve experienced the sensation of kicks so hard that they’re visible on the outside of my belly, something that feels akin to having swallowed an alien. I’m starting to believe that maybe my baby really is coming. But I still haven’t fully exhaled. I doubt I will until I hear the baby cry, and feel its weight in my arms.

Until then, I’m still figuring it out — I haven’t packed a hospital bag, or done anything close to decorating. But I stopped flinching when people say mazel tov. Because despite my trepidation, this moment, no matter what, is a mazel. And b’shaah tovah, soon I’ll get my happy ending.