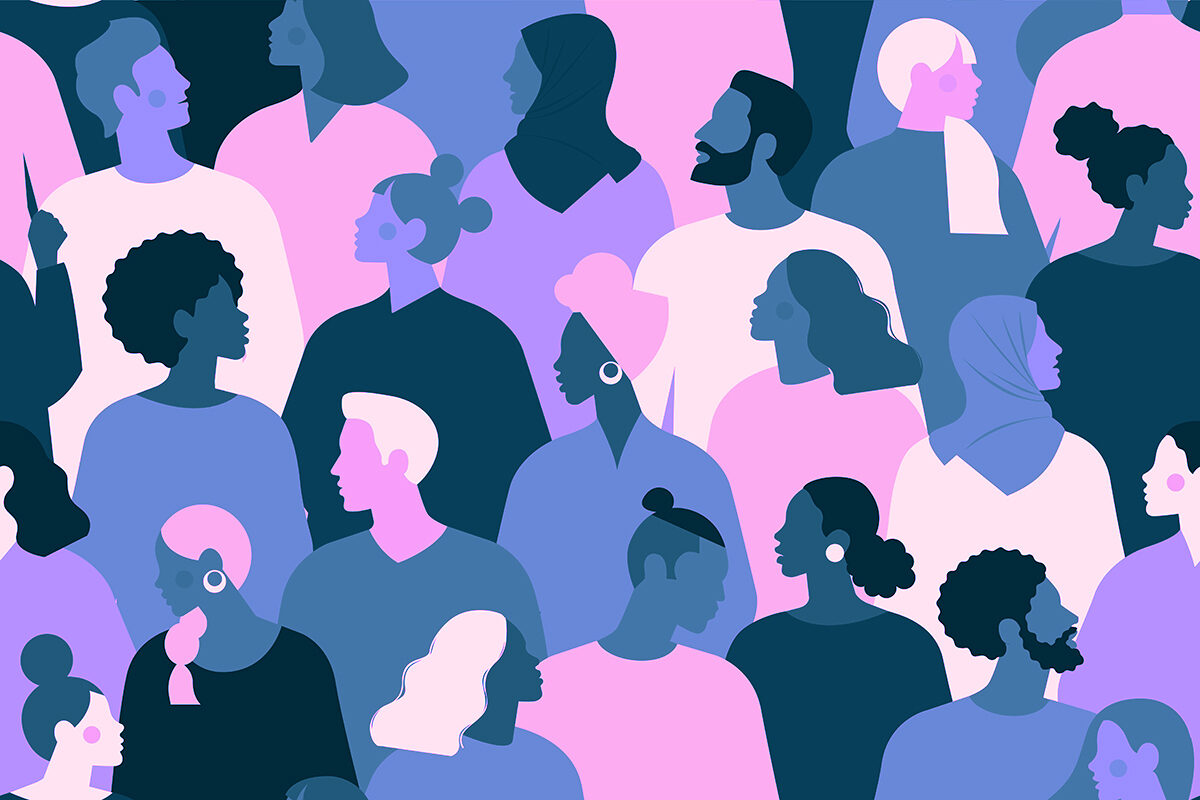 For the majority of my life, “xenophobia” was a word that existed only at synagogue.

There’s a prayer Jews say, the viddui, when we repent and ask for forgiveness for our sins. While there are other occasions to recite it, many Reform Jews primarily do this only at Rosh Hashanah through Yom Kippur, cataloging our sins from the previous year, and then letting go.

The opening of this prayer is called ashamnu, where our collective sins are recited in alphabetical order. In Gates of Repentance, the High Holidays prayer book my family’s synagogue used when I was growing up, these transgressions were listed in English as well as Hebrew, beginning with the introduction: “Our sins are an alphabet of woe.”

The sins of arrogance, bigotry and cynicism, of deceit and egotism, flattery and greed, hatred, injustice and jealousy. Some of us have kept grudges, were lustful, malicious, or narrow-minded. Others were obstinate or possessive, quarrelsome, rancorous or selfish. There was violence, weakness of will, xenophobia. We yielded to temptation, and showed zeal for bad causes.

Of course, X is a tricky letter in an acrostic. As a kid, once a year I’d sit in the pew and think about it — how, instead of fudging the X entry with a word starting with “ex,” we got an actual X word: xenophobia. I’d think about how to pronounce it and spell it. (Yes, many writers remember when and where they first learned new words, like an athlete’s memory of that first successful contact between golf ball and club.)

After examining the word itself, I’d think about ways in which I might not have been understanding of people from other backgrounds in the previous year. In my hometown of Boise, Idaho, I met people from all over the world, many of whom came to town as the result of connections made when Mormon missionaries returned from their far-flung posts. Had I been welcoming to Laotian refugees? Had I scrunched my nose at someone else’s traditions because they seemed “weird” to me?

Every year, I’d think about it at shul and vow to do better — but there would be few reminders after Yom Kippur. “Trying to be a good person” was constant in my life, but as a teen, I was more focused on K (not keeping grudges) and avoiding C (cynicism) or O (being obstinate).

I certainly never worked the word xenophobia into conversation. After all, those two-dozen alphabetical sins were, by definition, things we needed to avoid.

Now that I am an adult, I am still a Jew, of course, but I am also another J word: journalist. I’m a person who critically analyzes information for a living and strives to share accurate facts and underreported points of view.

These days, what was once merely an annual reflection now is a perennial concern. And as we prepare to usher in a new Jewish year, 5781, xenophobia is a word that is used regularly in news articles. It is scribbled in Sharpie on well-worn cardboard protest signs. It pops up in my Facebook feed and on Twitter. It’s an insult, for sure, but when it is marketed as “America First,” for some it has even become a badge of honor, as Erika Lee shows in her book, America for Americans: A History of Xenophobia in the United States.

In these unprecedented times, a word that was once obscure and erudite is now omnipresent. It comes up in critiques of the demands for birth certificates from Black and brown political candidates; in pushback on certain immigration policies; in anti-racism work. New York Representative Alexandria Ocasio-Cortez used it in her 90-second speech at the Democratic National Convention. Pre-pandemic, in 2019, the city council of Charlotte, N.C., home to this year’s Republican National Convention, passed a resolution condemning the President’s past “racist and xenophobic” tweets. Bette Midler was criticized for making xenophobic jabs at the First Lady’s accent.

The Days of Awe — which includes Rosh Hashanah and Yom Kippur, as well as the days in between — are always hard work: reflecting upon the past year, putting plans in place for the coming year, offering meaningful apologies for any wrongdoings, and being part of a collective repentance. When it comes to that community repentance, the idea is not that one has committed every sin on the alpha-list (at least, one hopes not!). Rather, by reading together, we cover both our own transgressions and that of our neighbors.

Like many of us, I’ve already engaged in a lot of introspection this year. Being quarantined afforded time for reflection about what the world is like and what I’d like it to be. As the Black Lives Matter movement became a national daily conversation, I read the works of more authors with whom I hadn’t been familiar. I examined the racial etymology of words I used casually. I thought about my role in these communal transgressions as I sat with the protesters gathered in front of the Tennessee State Capitol, reading the names of murdered Black Americans that they wrote in chalk, wondering how so many were so quickly forgotten. Speaking about her new book, Once I Was You: A Memoir of Love and Hate in a Torn America, Maria Hinojosa led me to think about how I may have seen and told the Jewish-American immigrant story only through my family’s rose-colored lenses.

During the High Holidays this heated election year,  I am more inclined to forgive and forget certain transgressions. After all, things that would have been significant in the past — a client scheduling an important meeting on Rosh Hashanah, or being frustrated by a friend who asked me to buy her a concert ticket and then backed out — seem completely irrelevant now, and that’s not just because, in the case of the latter, that live music is not on the social schedule these days.

But I am less inclined to ignore others. I need to speak up when I hear someone call the coronavirus “Kung Flu.” Or when someone posts a meme of the Twin Towers and the words, “We all came together after 9-11,” I need to remind them that such calls for unity overlook the threats Muslim Americans endured in the aftermath of the attacks. I now am empowered to use the word xenophobia outside of my synagogue’s sanctuary. After all, it is not enough to just avoid and repent for those alphabetized sins — we must actively call them out when we see them.

For many of us, ashamnu is just one prayer for just one part of the year.  Thanks to the events of this year, I’m working on a new ashamnu, with transgressions I intentionally will fight all year long. C is for complacency. S is for silence. And, of course, X remains xenophobia. Please join me in making sure that combating xenophobia, individually and as a community, is something we Jews will do daily, and not just on the High Holidays. No matter if we know how to spell it or not.