17 Jewish Baby Names That Were Popular in the 1990s 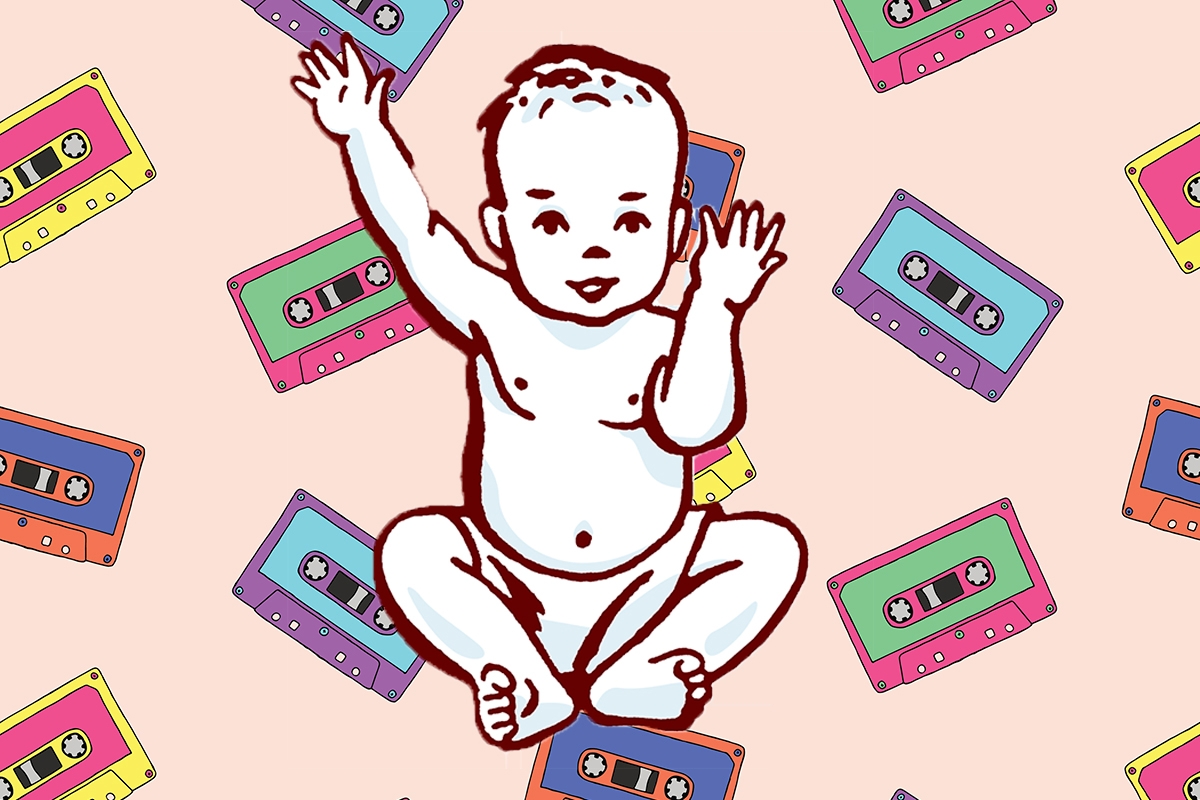 It’s no secret that the ’90s are back in a big way. The decade of mom jeans, scrunchies, and overalls brought more than just funky trends to our modern world. The ’90s was also the golden age of hip-hop — bringing us hits from Dr. Dre, the Notorious B.I.G., and more — as well as the golden age of Jew-ish sitcoms like Seinfeld, The Nanny, and Friends.

While these staples of pop culture have made their mark in the past three (!!) decades, another trend of the decade may pique the interest of expecting parents: 1990s baby names. From classics like Rachel to more modern unisex names like Jordan, the 200 top names from SSA Administration’s list offer myriad Jewish baby names from the 1990s that are timeless and lovely.

Daniel — A classic that has endured decades, Daniel is a name with Hebrew origins meaning “God is my Judge.” The eighth most popular name of the 1990s, Dan will continue to be “the man” for years to come.

David — Another timeless name, David honors the famous second King of Israel. It was the twelfth most popular name in the 1990s.

Ethan — With Hebrew origins meaning “strong” and “enduring,” Ethan honors qualities of healthy masculinity that third wave feminists support and celebrate. An Ethan will surely be a woke young man, we just know it!

Isaac — Meaning “laughter” in Hebrew, Isaac also honors the biblical patriarch who was the son of Abraham and the father of Jacob. Yitzhak Rabin, whose name is the modern Hebrew version of Isaac, was the Prime Minister of Israel who signed the Oslo Accords in 1993, with intentions of amending the Israeli-Palestinian conflict.

Jacob — A name that honors the third biblical patriarch, Jacob means “to follow” in Hebrew. Among the Jakes that so many of us know and love, Jewish heartthrob Jake Gyllenhaal made his film debut in October Sky (1999).

Joshua — Coming in at the fourth most popular name for boys of the decade, this Jewish name means “God is my salvation” in Hebrew. The also honors the leader of the Israelites after Moses; the Hebrew version is Yehoshua. Joshua is one of those “J names” that every girl has a story about. Why not have your son continue the legacy?

Nathaniel — Nathaniel is a Jewish name with Hebrew origins that means “God has given.” While there are few famous Jewish Nathaniels, Nat King Cole’s After Midnight: The Complete Sessions came out in 1999, and — fun fact — many of its famous tunes were written by Jewish artists.

Zachary — Zachary means “memory of God” in Hebrew, and it also honors the biblical prophet Zechariah. In the 1990s, Jewish actor Zach Braff (and boyfriend of Little Women’s Florence Pugh) made his TV debut in the 1990s show The Babysitter’s Club.

Dana — A very popular name for girls in the 1990s, Dana is a unisex name that means “to judge.”

Jordan — Jordan is a name that honors the river in Israel. Though it was a popular name for girls in the 1990s, this name is great for any gender.

Hannah — Meaning “compassionate or gracious” in Hebrew, Hannah is a beautiful name for a baby girl in these trying times. It was also the 11th most popular name for girls in the 1990s, which explains why there were so many Hannahs in my unit at Jewish sleepaway camp.

Leah — Leah is a Jewish name that honors one of the biblical matriarchs, Rachel’s sister and one of Jacob’s wives. Although the name means “delicate or weary” in Hebrew, we know many strong Leahs, including Leah Rabin, the wife of Yitzhak Rabin who served in secret commando unit of the pre-state underground Jewish army.

Madeline — Unbeknownst to this tall, Jewish Madeline who was born in the 1990s, Madeline actually has Hebrew origins, meaning “tower” or “little girl.” These meanings derive from the Hebrew word migdal, meaning “tower of strength.” In the book of Noah, the Babylonians try to build a tower to reach the sky. You learn something new every day.

Rachel — Another timeless name, Rachel honors the Jewish matriarch, and means “ewe.” An enduring classic, the name remained prominent in the 1990s, as the (presumed) Jewish character in the sitcom Friends, Rachel Green, was an absolute icon of 1990s pop culture — haircut and all.

Rebecca — Among the top 30 names for girls in the 1990s, Rebecca honors the biblical matriarch, known best as Isaac’s wife. In Hebrew, it means “captivating” or “bound.”

Sarah — And last but not least, Sarah honors the first biblical matriarch, wife of Abraham. The name means “princess” in Hebrew. The 1990s certainly wouldn’t be the same without Sarah Jessica Parker, who played protagonist Carrie Bradshaw on Sex and the City at the end of the decade.