5 Surprising Facts About Hanukkah You May Not Know 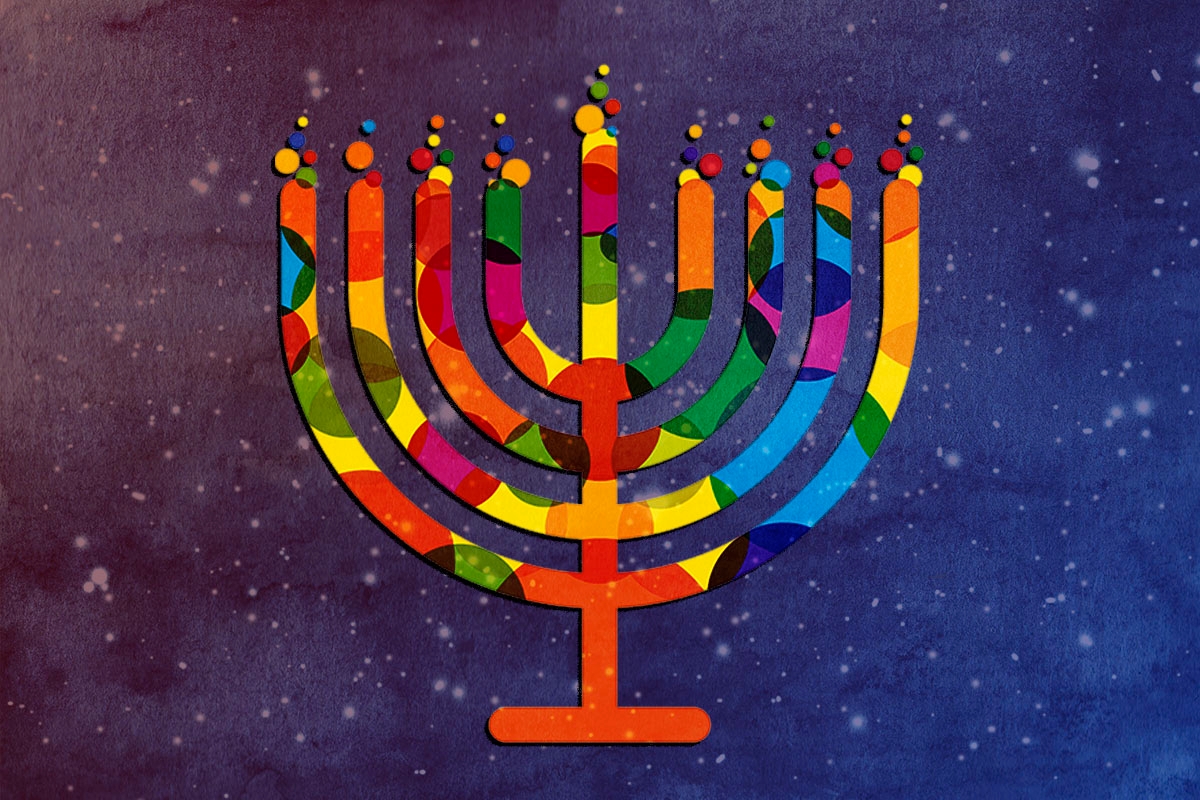 We’re all in need of some miracles right about now, wouldn’t you agree? Fortunately, Hanukkah is just around the corner!

Hanukkah is a time of celebration and pride; it’s a very festive, non-religious holiday that commemorates miraculous events and encourages us to continue to fight for religious freedom.  It is as rich in history and tradition as sufganiyot (fried jelly doughnuts) are in calories!

Chances are, you’re probably familiar with the rough outlines of the Hanukkah story and it’s trappings: the miracle of oil, latkes, Maccabees, Adam Sandler’s “The Hanukkah Song,” parts 1 through 4, and so on. But there’s actually quite more to the Festival of Lights than you may have realized. Read on for five incredible facts that are all but guaranteed to impress your friends and family at your Zoom Hanukkah party.

It’s true: One miracle is noted in the historical records and the other, more familiar one, is rabbinic tradition.

The actual Hanukkah miracle is that the small, ill-equipped Jewish army — the Maccabees, led by Mattathias and his five sons — were able to defeat the grand, experienced Syrian-Greek army. The timing of this conflict is something of a miracle, too: The Maccabean Revolt lasted exactly three years, beginning on the 25th day of the Hebrew month of Kislev in 168 BCE and ending on that same date in 165 BCE. Similar to the American colonists, who beat the mighty British Army in order to win our independence, the Jewish fighters were passionate, unrelenting warriors and fought bravely to preserve their (our) right to practice Judaism.  Their victory was documented in First and Second Book of Maccabees, as well as by Josephus in his Antiquities of the Jews. It was commemorated in an eight-day festival declared that same year, and communally celebrated every year since.

The second, that of the famous “oil miracle,” went unrecorded for nearly 650 years, first appearing in the Babylonian Talmud, Tractate Shabbat 21b. The rabbis wrote of the victorious Maccabees, who returned to the disgraced Temple and found only enough oil to burn for one day. That oil was used to light a seven-branch menorah — which represented God’s everlasting presence and was meant to be lit at all times — but instead, the menorah burned  brightly for eight days, allowing time to find more oil.  Alas, this lovely story is likely a work of fiction.

Just why did the rabbis add on a divine miracle to an already incredible victory? Well, there are numerous interpretations, including this theory from Dr. Malka Zeiger Simkovich: The rabbis “re-branded” Hanukkah in order to shift the focus away from the Hasmoneans, the descendants of the Maccabees, as they did not always behave righteously and their militaristic tendencies eventually lead to horrific battles such as the Bar Kochba Revolt in 132 CE.  Also — and maybe this is to alleviate my own guilt for having just burst your Hanukkah bubble — it’s important to remember that miracles really do happen all the time… After all, I just made my first Thanksgiving turkey and our house didn’t burn down! (Take that, hidden bag of giblets!)

2. Hanukkah is celebrated for eight days to honor the Jewish holiday of Sukkot.

While the Maccabean army was preoccupied with fighting the Syrian-Greeks, they were unable to celebrate Sukkot, believed to have been the most important harvest and pilgrimage holiday of the time. In his book Renegade Rabbi, Rabbi Manuel Gold, of blessed memory, wrote that after their heroic triumph, the Jews cleansed and dedicated the Temple. (Another fun fact: Hanukkah means “dedicated” in Hebrew!) They also celebrated Sukkot in hopes that their harvest prayers for rain and bountiful crops would still count, even though they were recited two months late.

We read in II Maccabees 10:1-8 that the Jewish rebels proudly carried their lulavs and etrogs to the Temple after their victory, which is customary on Sukkot. Just as Sukkot is celebrated for eight days, the same was declared for Hanukkah as well. In fact, Hanukkah was known as “Sukkot in Kislev” for its first 40 years!  Yep, our children have Sukkot to thank for eight days of presents. This always gives me flashbacks of my wise Ashkenazi uncle, who always asked, “Would it have been so terrible for Sukkot to have been only three days?”

3. Purim — and not Hanukkah — is the OG gift-giving holiday.

I’m OK with you calling me a Grinch — after all, Jews did steal the idea of Hanukkah presents from our Christian neighbors. According to contemporary American Jewish scholar Jonathan Sarna, Jewish gift exchanges were traditional on Purim — not Hanukkah — in the form of mishloach manot. These gift baskets, filled with small treats and noshes, are still given today, although mostly among more observant communities, and certainly not in the magnitude of modern Hanukkah presents. The commercialized idea of Christmas presents became increasingly popular during the 19th century, and, slowly over time, American Jewish families began giving their children Hanukkah gifts with the hope of blending in with the surrounding population and alleviating kids’ so-called “Christmas envy.”  Interestingly, as Christmas is generally just another day in Israel, it’s still not customary for Israeli children to receive presents on Hanukkah.

4. Dreidel, gelt, and latkes are all Yiddish words!

Speaking of Israel, ever go there during Hanukkah? If you’re in Israel and you ask for the best place to enjoy latkes, you’ll be outing yourself as an American — take my word for it. It’s true that many Jews enjoy potato pancakes fried in oil (to commemorate the rabbinic story of the oil lasting for eight days), but in Hebrew they’re called levivot. In the mood to play a game of dreidel? Better ask for sevivon and matbeot shokolad (gelt) or you will be left to think of new verses of “I Have a Little Dreidel” all by yourself.

5. There was a hearty debate over the right way to light the menorah.

One of my favorite aspects of Judaism is intention — traditions don’t simply honor repetition, they have purposeful actions behind their choreography. Jewish traditions were decided by debate, and dissenting opinions were also included in our sacred scripture.

Upon deciding how to light the Hanukkiah — which is actually the proper term for the nine-branch candelabra we light on Hanukkah — nearly 2,000 years ago, there were two schools of thought. The House of Shammai — followers of the 1st-century Jewish scholar Shammai — suggested that all eight candles be lit on the first night, and we should decrease by one each consecutive night. The House of Hillel argued the opposite (surprised?!), the idea being that just as the number of candles lit would increase by one each night, so, too, would our happiness. (Spoiler: Although Shammai’s opinions were always recorded in Talmud, Hillel’s interpretations almost always prevail.) Mic drop for Hillel! We honor his practice to this day.

Wishing you and your family a magical Hanukkah and plenty of miracles in the coming year!