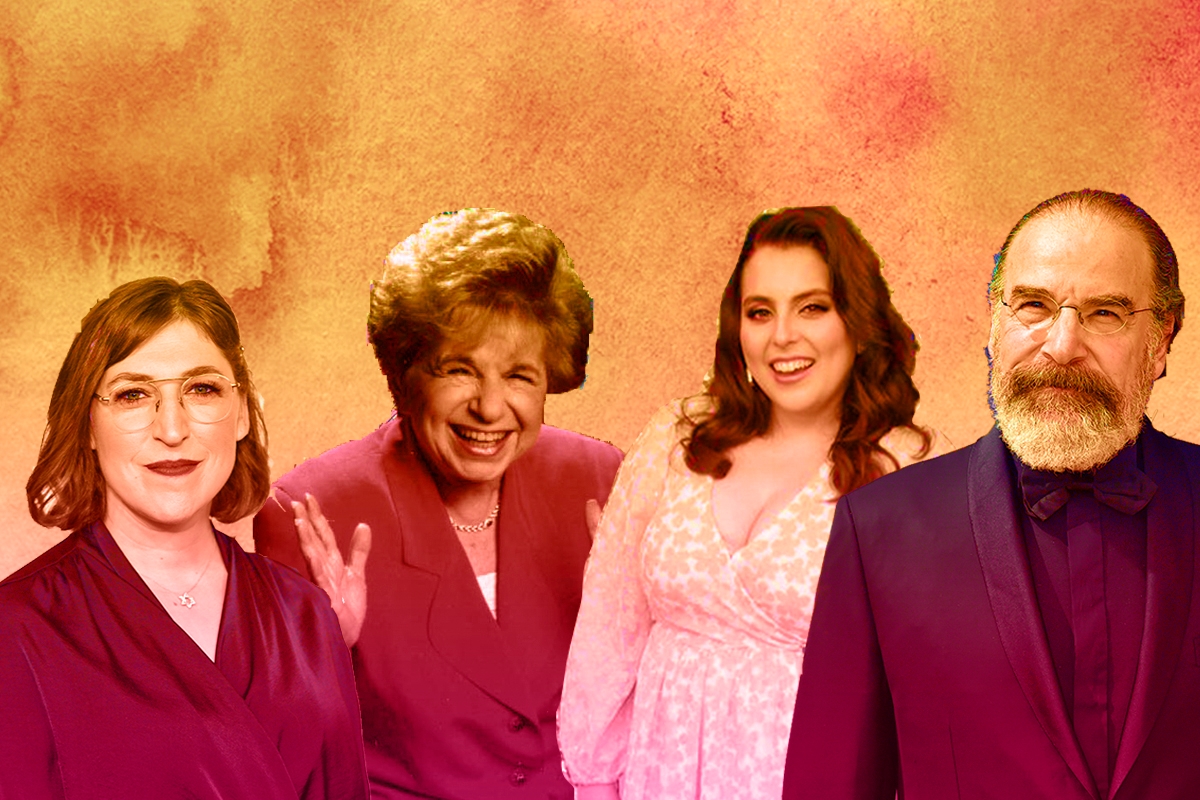 Here at Kveller, we love to kvell over anything and everything Yiddish, from the recent Yiddish category on Jeopardy!, to this awesome update of a classic Yiddish song, to “Second Dude” Doug Emhoff calling Joe Biden a mensch.

And, as a site that celebrates Jewish families, we also love all things Hanukkah — after all, the Festival of Lights is the perfect holiday for spending some QT with your family and enjoying some cozy indoor activities that will brighten your mood.

So, as this extremely challenging year inches to close, we’re excited to share there’s an easy, fun way to combine both of these loves in a pandemic-friendly way: On Tuesday, December 8 at 7 p.m., the National Yiddish Theater Folksbiene will be throwing down with a virtual “evening of music and community spanning the globe” called the “Folksbiene Chanukah Spectacular.”

This virtual variety show will be a star-studded event, featuring an array of super-famous Jews. A press release promises a “cavalcade of cameo celebrity appearances,” including the likes of Mayim Bialik, Mandy Patinkin, Billy Crystal, Carol Kane, and Dr. Ruth Westheimer. (Entertainment icon Carol Burnett will also make an appearance!)

The event, though free to attend, is a fundraiser for the National Yiddish Theater Folksbiene — the world’s oldest continuously-operating Yiddish theater company, now entering its 106th season. These days, the Folkbeiene is probably best-known for its hit Yiddish language production of Fiddler on the Roof — which was once attended by Supreme Court Justice Ruth Bader Ginsburg and actress Kate McKinnon, who played RBG on Saturday Night Live, on the same night! (The excellence of the production can be confirmed by my grandparents, who seriously could not stop kvelling about it.) Many Yiddish Fiddler cast members will take part in the event, including Jennifer Babiak (Golde), Joanne Borts (Sheyndl), Lisa Fishman (Bobe Tsatyl), Kirk Geritano (Avrom), Ben Liebert (Motl), and more.

As Adam B. Shapiro, the producer and director of the event, says: “You cannot spell fundraiser without f-u-n, and that’s what the evening is about.” Who doesn’t like fun?!? Register here for this light-filled event, and get ready to celebrate the endurance of both the Maccabees’ oil, as well as generations of Yiddish language and culture.