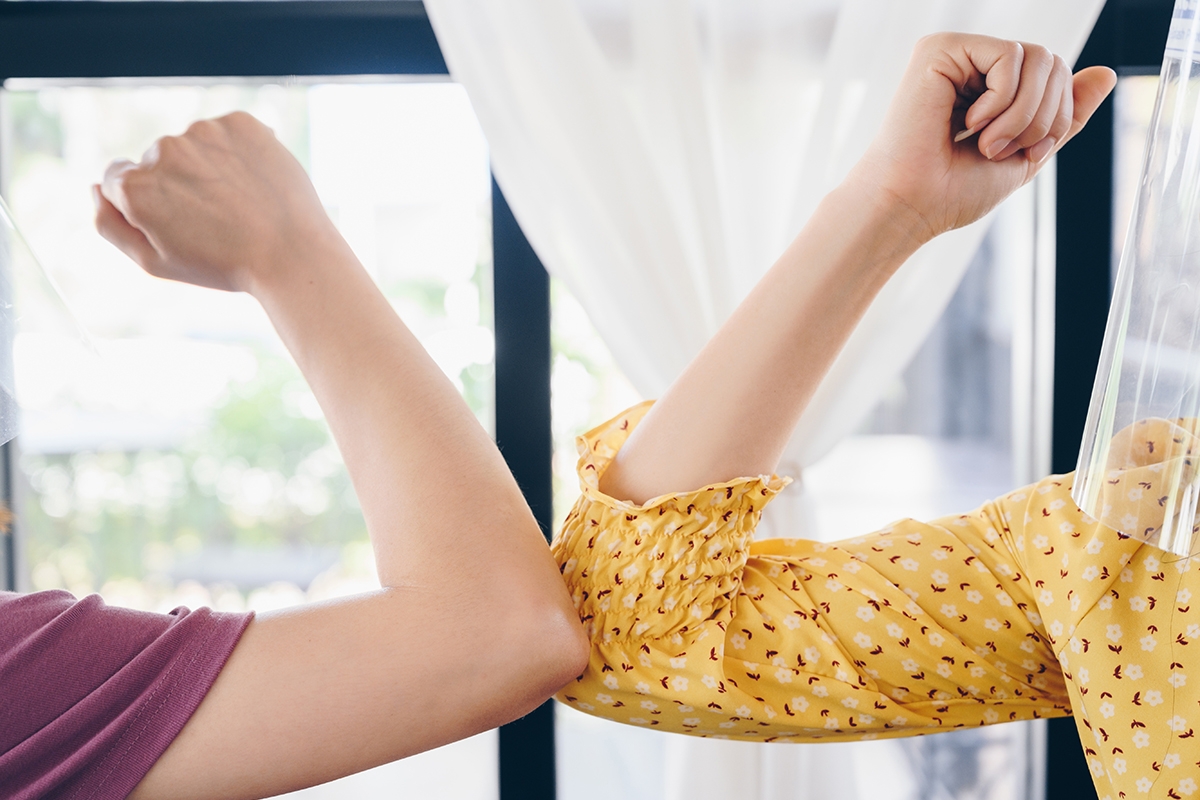 When I think back to March 13, 2020 — the day my kids came home from school for “two weeks” — I remember assuming we’d be home for longer than 14 days. Still, like all of us, I had no idea the pandemic and our response to it would last as long as it has, or that returning to “normal” — whatever that means — would be as fraught as it looks like it’s going to be.

During the past year, our family made decisions that some of our friends agreed with, and some found absurd. We pulled our kids from soccer, even though the state we live in allowed play, without masks, for most of the year. We said no to birthday parties, sleepovers, and pool parties. We kept our kids home from school, though more than 70% of our district returned full-time in August (with full classrooms, and not enough room to distance by six feet). My husband and I feel incredibly privileged that our jobs allow us to be home with our kids while continuing to work — but it shouldn’t be a privilege to be able to keep your family safe.

The hardline we took makes me think of siyag la-Torah, which literally means “to build a fence around the Torah,” or the idea of creating rules intended to protect Jews from accidentally breaking a more serious rule. As the cases in our area skyrocketed, we built a pretty sturdy fence. We opted to spend time just as a family so we wouldn’t have to make tough judgement calls, like hanging out with one family because we thought they had been taking the pandemic seriously, but not seeing another family, because we heard (or saw on social media), that they weren’t prioritizing the same things we were.

We didn’t want to hurt feelings, we didn’t want to have to justify our choices, and we didn’t want others to feel they had to justify their choices to us. We know we were doing things others wouldn’t feel safe doing — like going to the office a few days a week or grocery shopping in person every other week — but, in keeping mostly to ourselves, we hoped the choices we made would have little impact on the community around us.

Our first experience managing the “new normal for now” came last week. Our kids had returned to soccer in March after their league issued a mandatory mask rule for everyone involved, from players to referees to spectators. The kids were wary but excited to get back on the pitch. But last week, their soccer club’s president walked back the mask mandate, saying it was “controversial” and that some families had “grievous concerns.” She said while the league still required masks, there would be times some people wouldn’t be wearing them, and that everyone was to respect everyone else’s decision.

I thought back to the first day of practice, when I read a book on a blanket on a hill, far away from the players and any other parents. I wore my mask anyway, not a performative act of “woke” theater, but because those were the rules. Plus, wearing a mask, I felt, signaled to everyone that it was the right thing to do.

This reminded me of the beforetimes, when I used to travel with an observant Jewish man for work. Whenever we ate out in a non-kosher restaurant, he would order a vegetarian meal and cover his kippah with a hat, in an act of marit ayin, or avoiding the appearance of violating Jewish law. In this case, he wanted to make sure he didn’t accidentally indicate to others that the restaurant was kosher.

As I wore a mask while watching soccer practice from a distance, this, too, felt like marit ayin. I wanted to make sure I didn’t accidentally convey to the kids — or anyone else — that breaking the mask mandate was OK.

Now, I’m not interested in debating the pros and cons of wearing masks while playing outdoor sports. In this instance, I am concerned because we signed up our kids to play soccer with a certain set of rules, and we are now facing a “relaxation” of those rules. That’s not because new information has come to light, or the number of Covid-19 cases are decreasing, but because the rules that made our family feel safe are just too hard for others to follow.

I should clarify that, previously, when the rules said masks did not need to be worn on the field, we didn’t ask that a mask mandate be put in place — we simply took the year off. It wasn’t an easy choice, nor one we wanted to make, but we felt it was the only responsible choice for our family. Anyone who feels that wearing a mask to play, coach, or spectate (barring medical exemption) could make that same choice now. They could sit out a season while the rest of us participate by the rules and are protected by them. Instead, the club has decided to enforce the rules sparingly, if at all.

When I first heard the news about our soccer team, I was incredibly upset. I couldn’t do much but sleep or cry for an entire day. I knew my feelings of despair weren’t just about soccer. They were about a lack of control — a worry that I wouldn’t be able to protect my kids — and that, as hard as the decisions were in the midst of a pandemic, they were only going to get harder.

After all, this is just the beginning. As more people are vaccinated, as states relax restrictions (even while case numbers climb), as more kids go back to school, and our own kids go back to school in the fall, I worry that choices will be put before us that aren’t in line with best practices — as if anyone really knows what those are. I worry there will be no good solutions. I’m afraid our 13 months of taking this virus very, very seriously as a family will all be for naught, and that feeling is horrible.

Sadly, so much of the “debate” about masks is wrapped in the politics of fear. People who wear masks are called “babies” by some people; these same people call masks “face diapers.” It’s as if fear is an emotion to be eradicated and derided. As a woman who moves through this world with a healthy respect for my instincts, I have always found my fear to be illuminating — one part of a complex system that guides my decisions and my actions. I have always feared Americans were too individualistic to show up for one another and sadly, over half a million deaths and counting later, it’s a fear that’s turned out to be right.

As we head toward a second pandemic summer, I want so badly for the pandemic, and for all of us, to turn the corner. I want the spirit of siyag la-Torah and marit ayin to pervade our communities. I want us all to build strong fences so we can eventually take them all down.