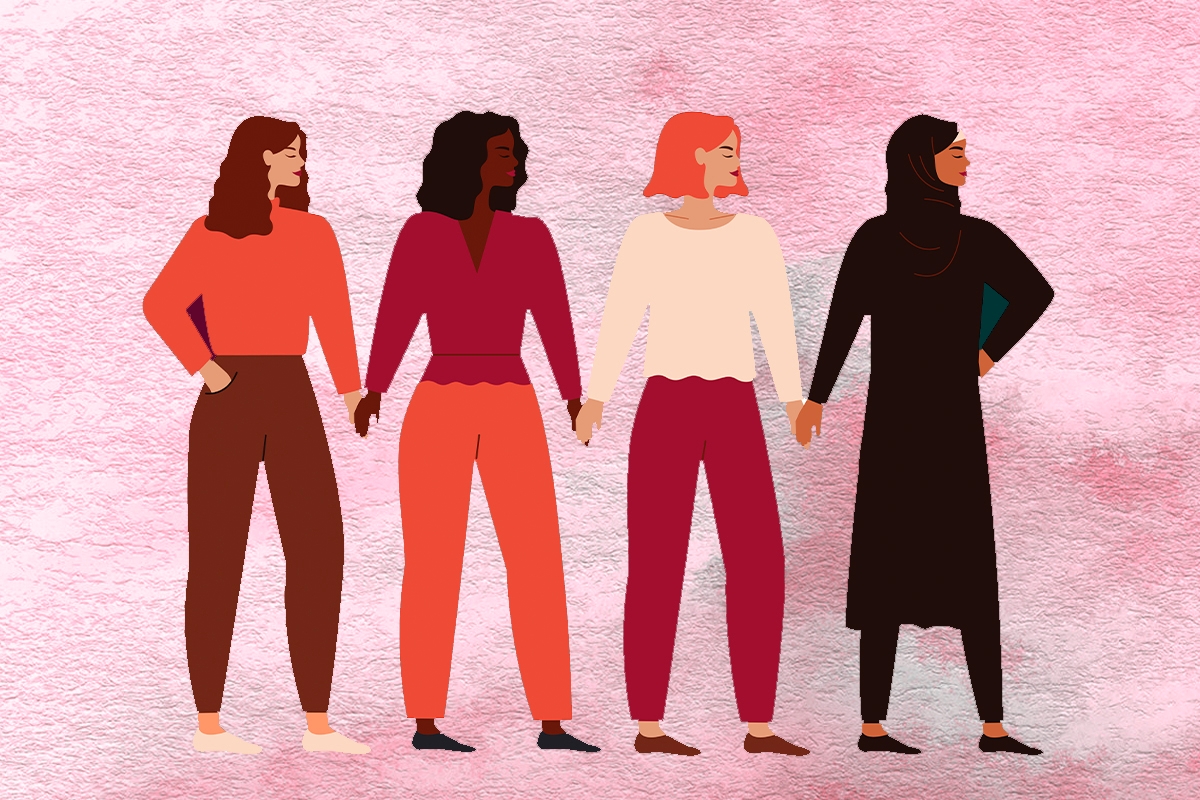 While no one in my family has exactly loved remote Hebrew School, there has been one big benefit: being able to listen in on my kids’ lessons from time to time. Take last weekend, when I drove my 10-year old daughter to her third soccer game of the weekend, and she Zoomed into her class. For that hour in the car, we sat in silence as I got a window into what she’s learning, in real time.

As a follow-up to an age-appropriate Holocaust discussion the previous week, her teacher was explaining the importance of Jews being vocal torch-bearers of love. Like so many who had spoken out against the atrocities of the Holocaust or bravely hid Jews, these righteous non-Jews stood up for love, and didn’t succumb to hate that was running rampant. They spoke out against authority even when it was inconvenient or could cause them pain … simply because they knew right from wrong, and knew it was the right thing to do.

As I listened to the group of fourth graders’ lengthy discussion about speaking up, speaking out, and not accepting injustice or intolerance — all Jewish values we hold dear — I felt an overwhelming sense of pride. “Yes! This!” I thought. “We can and should strive to be vocal torch bearers of love.”  I made a mental note to email the teacher to say thank you for broaching this important subject. After all, it’s one thing to teach it at home, but it’s another to have it reinforced in religious school by a teacher or rabbi.

I was thinking about the class as I was getting ready for bed that night. I was mindlessly scrolling through my phone when I came across a post in a private local Democrats group that caught my attention. Apparently, an ultra-conservative organization, the True Texas Project, was planning to hold its monthly meetings — beginning that week — in the community center of our neighborhood homeowners’ association. At face value, there is no issue with a group renting space, no matter what their political leanings. But the meeting, whose purpose was “strategic and operational training and consulting on the threat of the global Islamic movement,” seemed to have an anti-Muslim agenda.

People in the group noted that one of the two speakers was a former Texas GOP staffer who had been fired for filming his role in the Capitol insurrection on January 6. The other was the founder of Understanding the Threat (UTT), one of 54 hate groups in my state. A quick visit to the Southern Poverty Law Center web site confirmed this to be sadly and unfortunately true.

My heart sank. It had become abundantly clear to me during the 2020 election that I now live in “Trump country.” But between January’s insurrection, a string of mass shootings, more instances of police brutality against Black and Brown Americans, a global pandemic, and being a mom/wife/employee/friend … well, I suppose I just wasn’t tuned in to what new evils were bubbling to the surface, just down the road.

I’m an optimistic person and I tend to give people the benefit of the doubt. I desperately wanted there to be a perfectly innocent explanation —  like, perhaps our HOA had no idea who UTT was, or wasn’t privy to the meeting’s purpose. But an unsettling thought kept popping into my head: not just anyone can rent out our community center. Even if the HOA had no knowledge of the speaker’s hate group, only residents are allowed to rent the shared space. Which means it was an “inside job” — as in, someone who lives here in the neighborhood, whose kids or grandkids may go to school with mine, whose house I may walk by every day, whom I may even say hi to, had helped organize a meeting featuring a leader of a hate group.. I felt sicker by the minute, even as I recognized my fears must pale in comparison to the pain our Muslim neighbors must be feeling.

Now, I should note here that conflict of any kind makes me super uncomfortable. But I also knew I could not stay silent — especially after listening in on my daughter’s Hebrew school class! This was a moment to rise up and be a vocal torch-bearer of love. I had to say something. So after I tucked my kids in bed, I wrote a carefully worded email to our HOA, asking if they knew that the group hosting an event in our community center had invited the leader of a hate group to speak.

Fortunately, I wasn’t alone in my efforts. Many other residents and community members also penned emails to the HOA and board, expressing anger and sadness that this organization was being allowed to use our shared community space. Some also wrote to the Southern Poverty Law Center, the ACLU, and other organizations that track hate groups and their sinister activities.

The next morning, I heard back. Remarkably, not only was the HOA unaware of the purpose of the meeting and unfamiliar with the hate group, but the board and its lawyers had gotten involved and declared that the group was not allowed to meet on our soil this week, or ever. They were thankful that we had brought it to their attention. Hopefully in the future, events will be vetted to ensure this doesn’t happen again.

In the end, I was able to tell my daughter the good news —  the group would not be meeting here. I also updated our private Facebook group, letting them know that our collective efforts to get this meeting banned from our community center had not been in vain. Two self-identifying Muslim moms in the group expressed their thanks and appreciation for us standing up in solidarity for their families — their words had me near tears. As I said to them, I am just sorry they had to experience this because, in my heart of hearts, I want to believe that hate has no home here.

While I wish I could tell you the meeting didn’t happen at all, some social media digging showed me that the (mask-less, crowded, super-spreader-y) event did happen. But not before several attempts to find a location fell through! In spite of the fact that their hate-filled show went on, I felt good knowing it wouldn’t be happening here, and that two other venues were brave enough to cancel them, too.

Ultimately, we can’t change every single hate-filled heart and mind. Still, I believe it’s incumbent upon all of us to try; to be vocal torch-bearers of love; to speak up when we see something wrong. After all, when one group is persecuted, we are all persecuted. And I now understand that while I may, at times, feel out of place here, I am certainly not alone. These Muslim mamas would have my back, too. And really, isn’t that what being a community is all about?