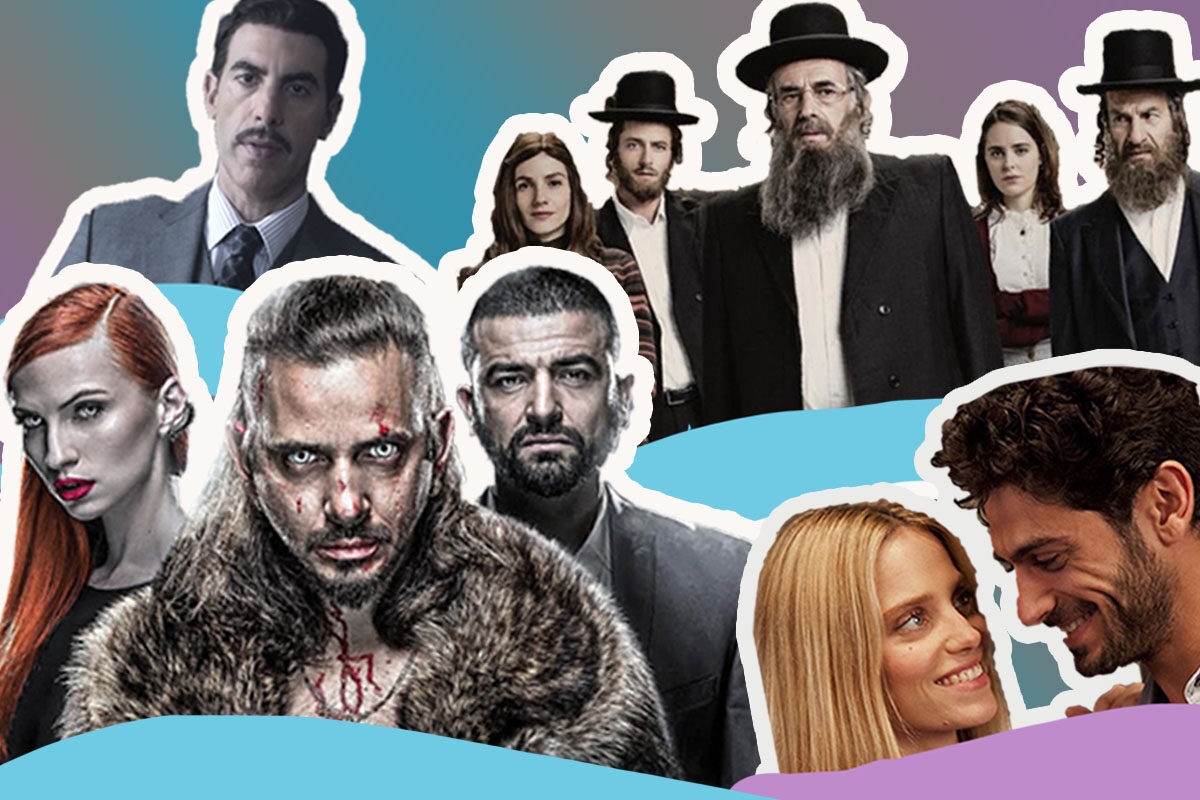 If there’s just one silver lining about all the time we’re spending at home these days, it may be this: There’s an unprecedented amount of incredible Israeli television that’s available to stream from the comfort of your very own couch.

From the uber-compelling drama Shtisel — about an ultra-Orthodox family living in Jerusalem — to the heart-stopping Fauda, which tackles the Israeli-Palestinian conflict, to the breezy romance of The Baker and the Beauty, there’s literally no shortage of high-quality Hebrew-language programs out there. Just try one and you’ll want to watch them all!

If you’re pregnant or have a loved one who is, why not consider a Hebrew name inspired by one of these top-notch Israeli shows? From soldiers to supermodels, there’s no shortage of these fictional role models with great names well worth bestowing upon your new bundle of joy.

Check out some of our favorites, below. Don’t see what you’re looking for? Head on over to our extensive baby name bank for loads more options.

Esther — Aside from being an important biblical queen, Esther is also the name of Esty Shapiro, the protagonist of Unorthodox, played by Shira Haas. Name your daughter after a complicated (fictional) woman fighting for her own happiness and that of her future child!

Gittel — In Hebrew, Gittel means “good.” Name your baby girl “Giti,” an adorable nickname, after Giti Weiss, an impressive and resilient character in Shtisel, the Israeli drama series about a haredi family living in Jerusalem.

Libi — Libi means “my heart” in Hebrew and it is also the name of the lovely and patient Libbi Shtisel, daughter of Shulem’s brother, Nachum, in Shtisel.

Maya — In Hebrew, Maya means “spring” or “brook.” The character Maya (Yael Eitan) in The Spy is a lovely woman who works at Mossad, aka Israeli intelligence.

Noa — In Hebrew, Noa means “movement,” and in the Torah, she’s one of the five daughters of Zelophehad. But in the Israeli romcom series Beauty and the Baker, Noa Hollander (Rotema Sela) is an international bombshell supermodel from Tel Aviv.

Shiran — In Hebrew, Shiran means “happy song,” which is a beautiful name inspired by Fauda character Shirin Al Abed, a doctor who treats patients and fights her own wars on the battlefield of love.

Tanya — In Aramaic, Tanya means “it was taught” and is more traditionally a boy’s name. But in the Israeli vampire show Juda, Tania, or Tanja, is a blood-sucking nightwalker who seduces the show’s titular character. Mix things up and name your baby girl after a traditionally male name!

Akiva — In Hebrew, Akiva means “to follow,” and is linked with Rabbi Akiva, one of the greatest sages of the Mishnah. In Shtisel, the titular character Akiva Shitsel (Michael Aloni) is a dreamy, lovable Hasidic man looking for love.

Amos — In Hebrew, Amos means “carried,” and in the Torah, Amos is one of the 12 minor prophets of Israel. Heartthrob Israeli actor Aviv Alush plays Amos Daharia in Baker and the Beauty, a millennial Yemenite baker who falls in love with a supermodel.

Asher — In Hebrew, Asher means “affirmation.” It’s a super fitting name for Juda’s Asher (Amos Tamam), who comforts his best friend Juda by spooning him when he can’t fall asleep.

Boaz — In Hebrew, Boaz means “strength.” Portrayed by Tomer Kapon in Netflix’s Fauda, Boaz fights in an undercover IDF unit. A fitting name for a soldier!

Doron — In Hebrew, Doron means “gift.” Netflix’s hit show Fauda follows Doron Kavillio (Lior Raz), who rejoins the IDF to capture a terrorist just 18 months after he was credited with killing him.

Eli — In Hebrew, Eli means “my god,” and although our baby name bank credits acclaimed author Elie Weisel as a “notable” person with the same name, it’s also the name of The Spy’s Eli Cohen, one of the most legendary Mossad agents.

Juda — In Hebrew, Juda means “praised” and is often linked with the Hanukkah hero Judah Maccabee, as well as being one of the 12 tribes of Israel. But in the Israeli show Juda, the titular character is a trailblazing Jewish blood-sucking vampire! Fun!