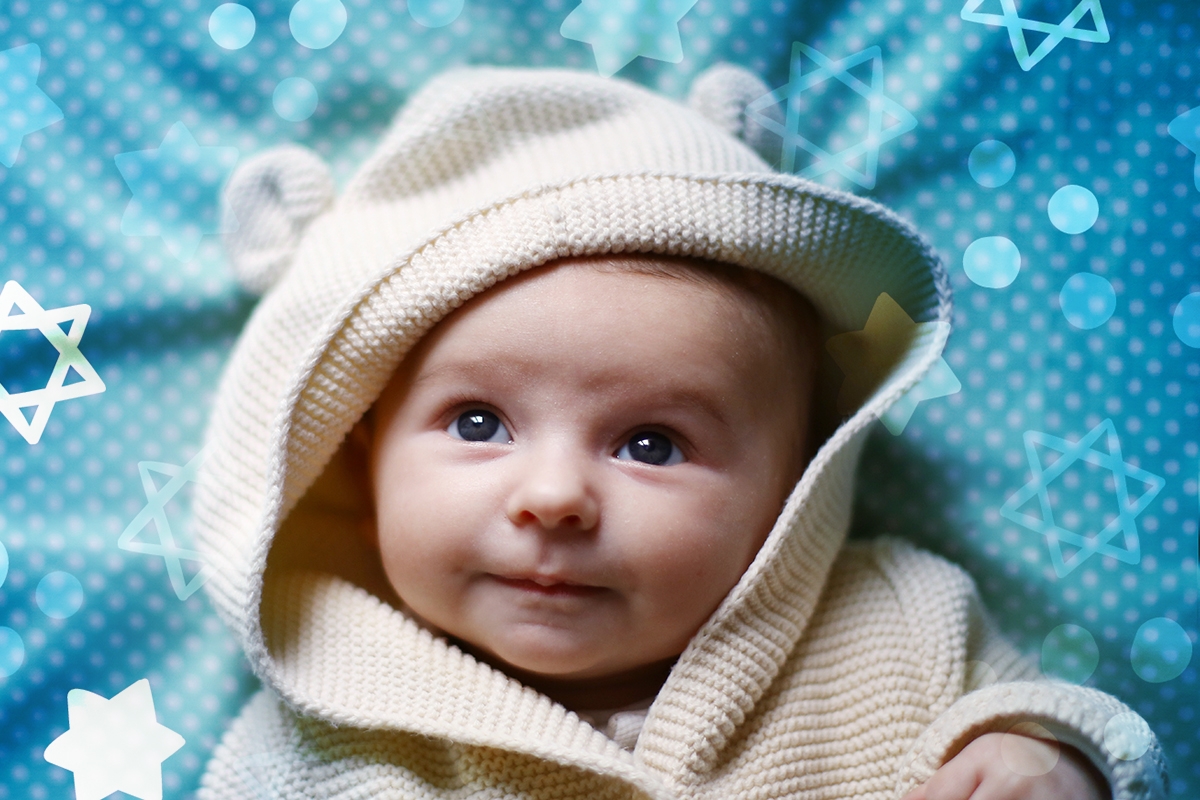 2021 was a whirlwind of a year to have a baby, with the pandemic bringing birth rates in the U.S. down. Still, some of us had babies (ahem, me) and a lot of us gave them Jewish names (again, yes, me).

The Social Security Administration recently released their top baby names list of 2021, and we wanted to highlight the most popular Jewish baby names from this past earth-shattering year. Most of these names are consistently popular, but some Jewish names have grown in popularity.

For boys, Eliam, a Hebrew name that means “God is my nation,” rose by over 400 places compared to last year. In the bible, Eliam was the father of King David’s wife Batsheva. Other names that gained popularity this year include Azriel, Yaakov, and Avi. For girls, the name Noah, which consistently tops the boys’ list, was more common, and the beautiful nature name Dalia, which means branch in Hebrew, did, too. So did Noa, Daphne and Elisa.

Jewish names that lost popularity include Meir and Zev for boys and Corrine and Abby for girls. Jewish boys names are once again significantly more popular than Jewish girls’ names (maybe because there are just so many more Jewish biblical characters with male names? Who knows.)

1. Noah — For years, Noah has been, consistently, the top Jewish name in the U.S. But in recent years, with things feelings very end-of-time-y, it does feel especially apt to name your kid after the biblical man who survived.  Noah also means “comfort,” which, let’s face it, we all need right now.  A famous Jewish Noah is actor Noah Schnapp, who had his bar mitzvah in Israel and who is about to star in the penultimate season of “Stranger Things.”

2. Elijah — We wait for the biblical prophet Elijah at Passover seder every year, and every year his name remains, quite consistently, one of the most popular first names for boys in the U.S. In Hebrew, Elijah means “the lord is my God,” which makes it a popular name for observant parents, Jews and non-Jews, and also just parents who have good taste in names. It’s a classic for a reason.

3. Benjamin — A name meaning “the son of my right hand,” this Hebrew name is popular, especially with Ben as a diminutive version. Andy Cohen named his son Benjamin, and this year he got a little sister, Lucy Eve Cohen. Funnily enough, Eve’s middle name, which was approved by Cohen’s rabbi, is in honor of the TV personality’s Jewish mother, Evelyn, whose name currently ranks at number nine. Another famous Ben is Jewish dad, actor and director Ben Stiller who blew everyone away with his Apple TV+ show “Severance” this year.

4. Levi — One of the 12 tribes of Israel, Levi is a Hebrew name that means “attached.” The Levite is one of two holy tribes that had special roles in the temple. Cohen is another common Jewish last name which has become a popular first name, but mostly among non-Jews — but there are quite a few famous Jews named Levi. They include Israeli politician Levi Eshkol and, of course, the Jewish inventor of blue jeans — not a particularly popular product in the pandemic year 2021 — Levi Strauss.

5. Daniel —  Daniel, which means “God is my judge” in Hebrew, is another consistently popular name, and for a reason. There are a lot of amazing famous Jewish Daniels and Dans — including “Schitt’s Creek” icon Dan Levy and the incredibly funny and talented proud Irish Jew Daniel Radcliffe. Radcliffe has proven to us, since his days as Harry Potter, that he really is the real deal. He’s about to star as Weird Al — a celebrity often mistaken for Jewish — in an upcoming Roku biopic.

Other Jewish boys’ names that made it to the top 50 list of names in the U.S. include Michael, Ethan, Samuel, Jacob, Asher, Ezra, Gabriel, Isaac, Elias and Josiah.

1. Ella — In Hebrew, Ella means goddess, an apt and empowering name for any girl. Ella also means terebinth tree in Hebrew, and we love a nature name.

2. Abigail — Abigail is one of the wives of King David in the bible. The name means “my father’s joy” or “God’s joy.” Giving your kid a joyful name in a difficult year feels like the right move.  Some famous Jewish Abigails include actor Abigail Breslin, whose father is Jewish, and Avigail Alfatov, an Israeli fencing champion and beauty queen.

3. Hannah — Meaning “compassionate” or “graceful,” Hannah was the mother of the prophet Samuel. One famous Jewish Hannah is comic royalty Hannah Einbeinder, daughter of SNL legend Laraine Newman and the star of the incredibly addictive “Hacks,” which is currently airing its second season.

4. Leah — One of the Jewish matriarchs, Leah was the wife of Jacob and the mother of six of the tribes of Israel. Leah is also the name of incredible Jewish writers and scholars like Leah Goldberg.

5. Eliana  — This beautiful name means “God has answered.” A perfect name in a year when we were all looking for answers, and probably found the best ones in our kids.