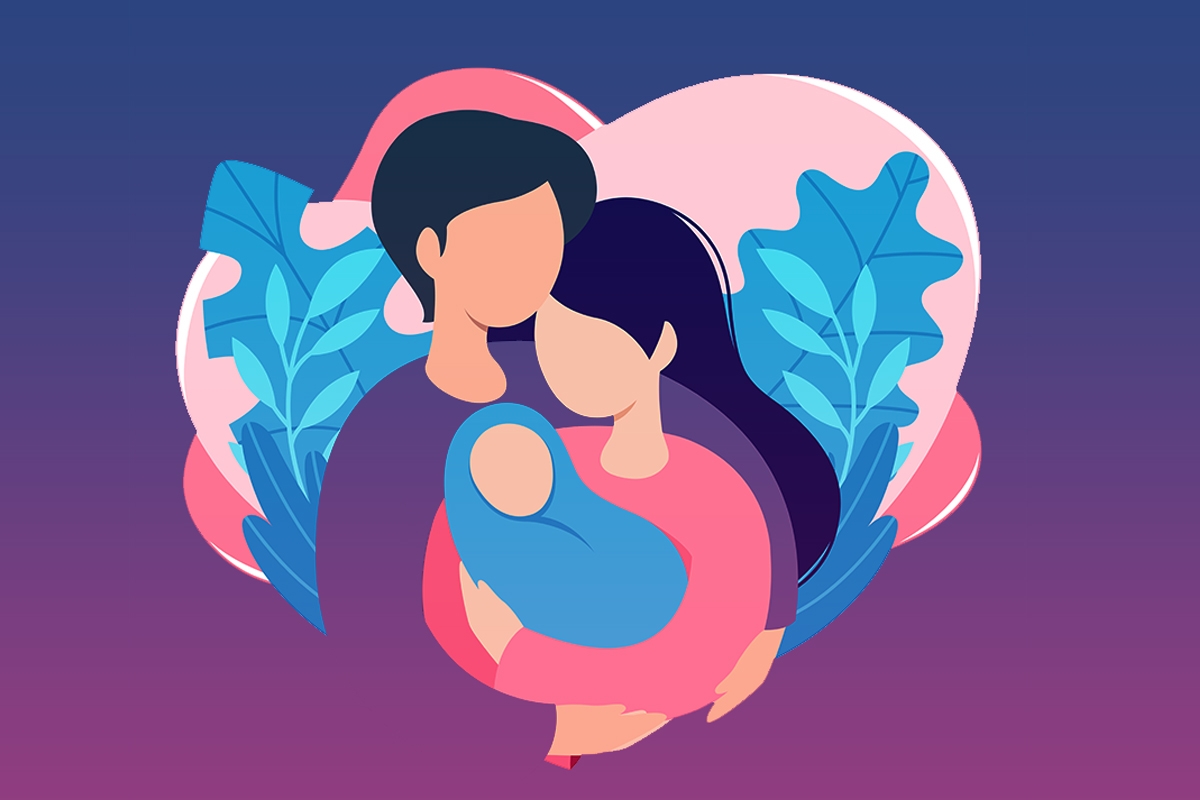 There came a point during my pregnancy, when the reality that my husband and I were about to become parents had truly sunk in, when we addressed the inevitable question: What are we going to name our son? We immediately began the veto game, with each of us knocking down each other’s names even before the other had a chance to finish speaking. It was almost like a game of ping pong with all the vetoes flying back and forth. No, that name would be impossible to pronounce in America. No, I know someone with that name from university. No, I just don’t like that name at all. No. No. No.

It all felt too fast, the vetoes flying everywhere. So, we put down our paddles and agreed to take the day to think on our own and revisit the discussion in the evening. True to form, I went down the Internet rabbit hole to research what Jewish tradition has to say about naming a child.

After reading countless articles on baby naming practices and traditions, I came across a simple passage from the Tanakh: “Like his name, so is he” (1 Samuel, 25:25). That phrase really struck me. I continued reading and discovered that, in Jewish tradition, it is believed that there is a special power a person’s name holds over one’s destiny and character: The name bestowed unto us by our parents comes with a blessing for who we might become.

I sat back in my chair and chewed on that concept, turning it over in my mind. The light outside softened to dusk as I continued to mull over that phrase, flipping through the mental catalogue of names we had discarded, with the hope that I might feel differently towards one of them in this new light.

And then, I remembered a name that I had filed away in a safe space — a name that felt so special to me that I didn’t want to store it with the other options. Excitedly, I turned towards my husband, who was sitting next to me, and offered up the name Noam. The name hung in the air, both of us savoring its taste for a moment. Noam. Noamle.

“Why that name?” my husband asked me.

“Because the name is so pleasant to the ear,” I responded. “And not only that, the name itself means pleasantness.”

“It has never felt more meaningful to name a child after this value,” I added, thinking about the endless news stories featuring leaders who show themselves to be anything but pleasant.

As cliché as it sounds, something clicked. We looked at each other and smiled with a mutual understanding: We had found our name. At last.

As parents, we wish so much for our children. That they will have inner strength and the confidence to overcome any challenge. That they will be compassionate to their neighbors and show respect to those around them. That they accomplish everything we were unable to accomplish, and then some. We even reserve a special blessing for children on Shabbat, wishing them peace and success during the week to come.

As expectant mothers, we watch as our bellies grow rounder and larger, the looming countdown towards this journey of wishing coming closer and closer. And then, suddenly, that day arrives and you’re holding your baby in your arms for the first time. And with a clash of the cymbals we feel those hopes streaming in, almost tripping over each other, as we look down at this tiny human being in our arms. We wish so much from our children, and the beauty of being given the opportunity to bestow a name onto a human being means we, as parents, get to reflect on the values that mean the most to us. What a loaded opportunity!

At the same time, however, the minute that baby is born, an invisible stopwatch begins counting down the years, the days, the seconds until he takes his identity into his own hands, molding it from his very own self. For there will come a point when he will begin determining his own values and, as a result, his own destiny.

Like his name, so is he. I’m learning that is certainly true — but only to a point.

For at 10 months old, my Noam is already coming into himself, and sharing with us glimpses into his personality. It’s inspiring, emotional, and certainly humbling. I see his naughty side, his cuddly side, his inquisitive side and yes, his pleasant side. The range and depth of his emotions constantly catches me off guard, but it’s exciting. I feel privileged to have these insights into his character, into the person he is becoming.

I know that my husband and I will always continue to impart our values onto him. (We can’t help it — after all, we are Jewish parents). But perhaps these precious early years are opportunities for us to lay the foundation for a life filled with both strength and compassion, assertiveness, and, of course, pleasantness. I can wish with the entirety of my heart that he will turn into a child, and eventually into an adult, who values pleasantness. And perhaps he will. But the aching beauty of bringing a child into the world means constantly wishing and hoping and imparting — but, ultimately, letting him discover what these values mean to him.

Like his name, so is he. Be that as it may, the foundation laid by us, the parents.

And so, on that cool January afternoon eight days after his birth, as the mohel announced Noam’s name to our family and closest friends, I knew that we chose well. I knew that this was a journey my husband and I were ready to embark on. Time will only tell what type of person our Noam will become, and I can’t wait to be a part of that journey.