I Wanted My Jewish Son to Have Blue Eyes. Here's Why That's Problematic. – Kveller
Skip to Content Skip to Footer

I Wanted My Jewish Son to Have Blue Eyes. Here’s Why That’s Problematic. 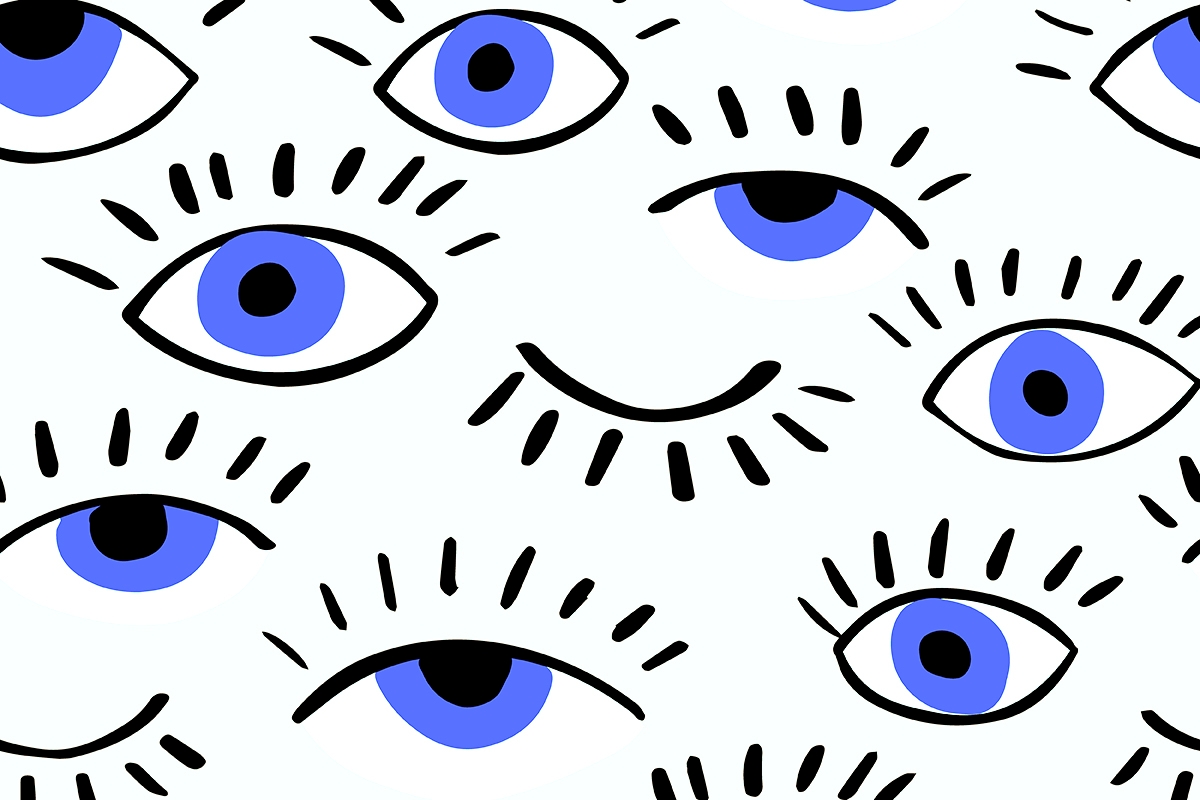 When he was born, my son had my husband’s bright blue eyes. Four months later, I asked my son’s pediatrician when they would turn brown, like mine.

She peered at my baby’s blueberry-colored irises. “They probably won’t change now,” she said. I was thrilled: They were such a pretty color! I was also ashamed, because, duh, blue eyes are a potent symbol of the racialized beauty standards I, like so many others, internalized long ago, and clearly never fully outgrown.

My weakness for blue eyes is common, at least in the U.S. Almost half of people surveyed by 1800contacts would choose to have blue eyes. More than 22% would like green eyes. Just 7.6% would want brown, though more than a quarter of brown-eyed people would have chosen a different eye color. Sad, no?

Then again, there’s evidence that conforming to prevailing notions of attractiveness unfortunately offers a lot of benefits. For one, you’re more likely to reap the economic beauty bonus (read: people regarded as good looking earn more money). And in America, where beauty ideals have historically included light skin, people who meet this standard have real advantages — white privilege — denied those with darker skin. Do light eyes get so much love here because they are a marker of whiteness, and announce higher status in a society that’s implicitly racist, and sometimes dangerously so?

The preference for light (blue, green, or hazel) eyes extends beyond the U.S. In a study of Jewish recipients of donor insemination in Israel, while 40% of women married to brown-eyed men preferred a donor with the same color eyes, a good number — 31.7% — preferred a donor with light-colored eyes. And 76% of single women donor recipients with an eye color preference favored light-eyed donors. (Doctors match donors to recipients in Israel, so these preferences are hypothetical.)

Such inclinations don’t develop in a void: The authors note that the results reflect “an appearance considered more attractive in terms of Israeli Ashkenazi hegemony.” Of course, some Jews might have a good reason to find light eyes more attractive: Jews with light hair, eyes, or both were more likely to survive the Holocaust. Hoping your child has light eyes in order to increase his odds of surviving a genocide is understandable. On the other hand, wanting one’s child to have light eyes because you find them more appealing than your own brown eyes — me — well, that’s just affirming Nazi aesthetics, isn’t it?

My own looks are absolutely typical: I have brown eyes, like up to 79% of people in the world. My hair is also brown, which is second only to black hair in its ubiquity. On the Fitzpatrick Scale, which categorizes skin based on color and response to sun exposure, I’m type III (I burn, then tan, both moderately). This is also, coincidentally, the most common skin type in the U.S.

As a kid, I wanted red hair and green eyes, or black hair and blue eyes — really anything at all but brown hair and brown eyes. This may be due to the fact that in the novels I read growing up, eye color often served as clues to personality. Brown eyes meant that a character was down-to-earth, friendly, and not at all original. I longed to be (or at least to appear) ethereal, self-contained, and creative. A voracious and literal-minded reader, I thought that artistic talent, not to mention the confirmation of that talent by others, required light eyes.

(I blame Anne of Green Gables for my unquestioning belief in the distinction and superiority bestowed by light eyes. In case you did not spend your childhood obsessed by literature’s most beloved Canadian orphan, artistically gifted Anne has gray-green eyes. Both of these eye colors are uncommon, occurring in only 2 to 3 percent of the population. To an Anne-centric 9-year-old me — the very rarity of Anne’s eye color symbolized her unusual talents and virtues.)

On the other hand, I like sharing my hair and eye color with much of the world’s population. While I always thought my looks — which also include thick, kink-prone hair and a broad nose — clearly identify me as an Ashkenazi Jew, apparently this is not the case. I know this because before Covid-19 turned me into a hermit, fellow subway riders would regularly ask me about my ethnic heritage. Was I Italian? Greek? Puerto Rican? Spanish? Indian? Iraqi? The people who approached me also had brown hair and brown eyes, and I was always sorry to tell them no. It was clear to me that these strangers thought I looked familiar: I, or rather my looks, reminded them of someone they knew. I liked the idea that fellow New Yorkers saw me on the 6 train and thought we might share collective memories, attitudes, and tastes in soup.

As it turned out, the pediatrician was wrong. My son’s eyes darkened, and when they did, my husband crooned, “Are you going to break daddy’s heart?” I sympathized with my husband’s desire to have the baby he doted on resemble him, but I did feel obliged to chastise him for buying into Eurocentric beauty standards. I did not confess my own sentiments, having decided that blaming my husband for attitudes I shared was a prerogative of marriage.

Our son’s eyes were navy for a while, but when he was about 18 months old, they settled into a mix of colors I identified as hazel. I found this a reasonable compromise between my cringe-y reverence for light eyes, and the realities of genetic inheritance.

But recently I had to apply for a passport for my son, and I was asked to supply his eye color. His eyes are looking brown these days, I thought. As I hauled my now almost 6-year-old into the brightly-lit bathroom, where he obliged me by trying to open his eyes wide so I could be sure. They were definitely lighter than mine, but were they hazel? I was inclined to think they were light brown.

I felt disappointed — and, once again, ashamed of myself. Did I think that having unusual-colored eyes was literal, visual evidence that my son was as remarkable as I believe him to be? Yes, it seems I did. Was I projecting my weird hang-ups about eye color onto my kid? Possibly.

Of course, all children are remarkable, especially when they’re not being total jerks. My son is bright, chatty, exuberant, and silly. He is also currently blowing an ear-piercing whistle while running through the apartment. Maybe I think that if he has hazel eyes, it will be easier to remember that my son is remarkable as well as a total jerk.

Presumably, the next time I’m asked to identify my son’s eye color, it won’t trigger an existential crisis. I hope I will come to terms with the fact that however extraordinary my son is, his coloring will likely be ordinary, like mine. And maybe one day he, too, will experience the same hopeful sense of kinship when someone unfamiliar approaches him, a person whose features remind a stranger of home.