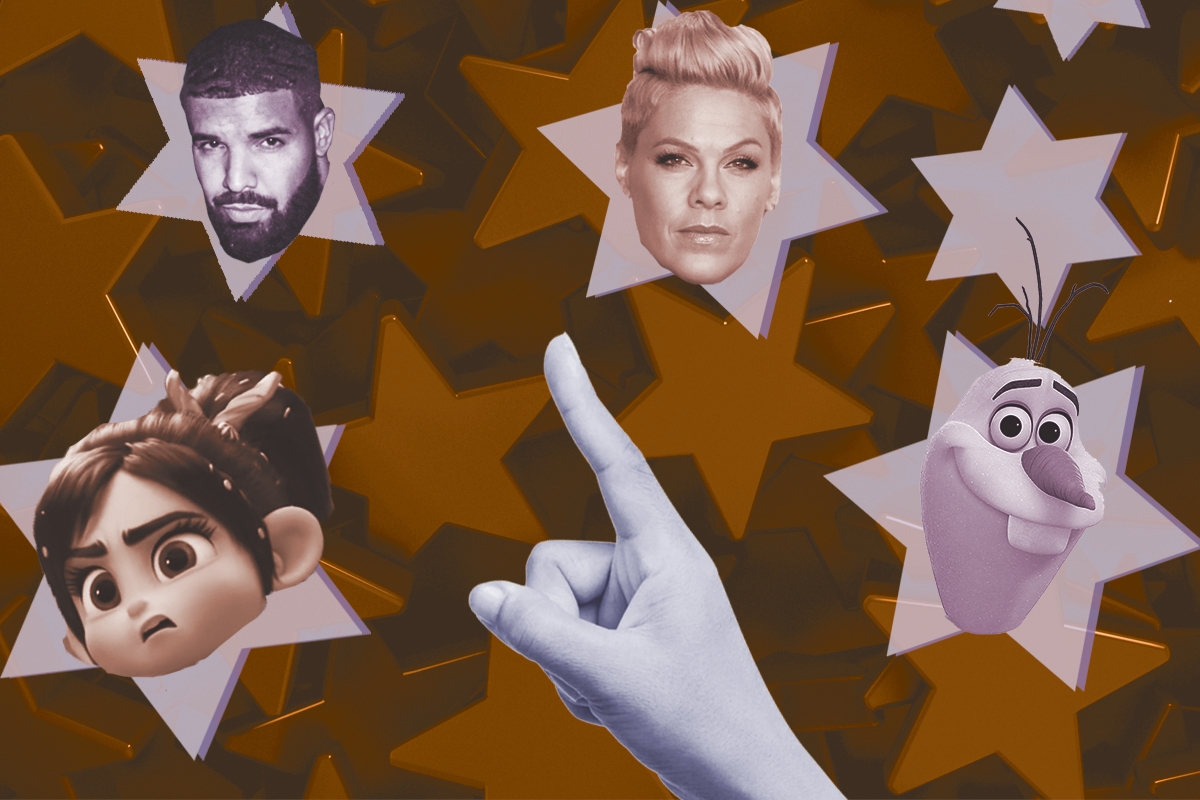 “Did you know that the actor, Josh Gad, who does the voice of Olaf, is Jewish, just like us?” I shouted over my shoulder to my 5-year-old son sitting behind me in the car, the “Frozen 2” soundtrack playing on our way to school. “Actually,” I continued, “Idina Menzel, who plays Elsa, is also Jewish! And so is the actress who does the voice for Anna and Elsa’s mom! Jewish people do so many cool things, don’t you think?”

“Yah!” my son exclaimed. Then, in the voice of a maniacal supervillain, he cried out, “DESTROY CHRISTMAS!!!”

Perhaps I’d gone a bit too far with my attempts to instill Jewish pride.

Since becoming a parent, I’ve noticed that I can’t stop myself from pointing out fellow Jews to my son whenever the opportunity presents itself. Whether I’m interjecting in the middle of one of his favorite movies (“Hey buddy, fun fact, Sarah Silverman, who’s doing the voice of Vanellope in “Wreck-It Ralph,” is Jewish!”) or yelling over loud music mid-dance party in our living room (“The man singing this song is named Adam Levine and he is Jewish, just like we are!”), there is this innate, knee-jerk impulse to make sure my son knows when somebody is Jewish.

I myself am always excited when I discover that someone comes from a Jewish background. I click on listicles with titles like “20 Celebs You Never Knew Were Jewish” and proclaim to my husband, “Wow, did you know that Pink is Jewish?!” As a Canadian, I get extra giddy when a double-whammy of a Jewish Canadian presents itself, like Seth Rogen or Eugene Levy, and of course one of our most prized local success stories, Drake. (A favorite anecdote I like to share with literally anyone I come into contact with is that Drake and I went to the same orthodontist as kids, and he lay in the dental chair next to mine, back when he was just “that guy from ‘Degrassi.’” I feel like my Jewish Canadian clout score went way up merely through osmosis after that chance event.)

Every time I see a Goldberg, or a Cohen, or a Something-man in the credits of a critically acclaimed TV show, my heart swells with pride. The massive accomplishments of Jews never fails to blow my mind, considering how relatively few of us there are on the planet. From medical discoveries, to literary contributions, to tech advancements, we are quite the high achievers as a group who accounts for less than 1% of the entire world’s population.

Did you know that jeans were invented by Jews? And Google? And pacemakers, polio vaccines, instant cameras, Facebook, Starbucks, birth control pills and about a zillion other things we all use and rely on? And let’s not forget that whole theory of relativity thing. I keep all of these tidbits tucked away in my back pocket, eager to one day astound my children with the endless impressive feats of our people.

I don’t believe I am alone in this phenomenon of Jews being preoccupied with the Jewish ancestry of others, especially regarding those with celebrity status. In fact, Adam Sandler even wrote an entire song about it (“Paul Newman’s half Jewish, Goldie Hawn’s half too. Put them together: what a fine lookin’ Jew!”). When you’re part of a group that has continually been persecuted and attacked throughout history, there’s an inherent sense of pride over the disproportionate accomplishments of your fellow tribe members. Particularly now, with a recent disturbing uptick in antisemitism, I think we’re all searching for ways to feel less isolated and more secure in our shared bond. I personally take comfort in knowing that if things really go south for the Jews, I have Harry Potter and Black Widow in my corner.

The other night, while I was putting my son to bed, he turned to me and said, “Christmas is so much more fun than Hanukkah, Mommy.”

“Because kids get to see Santa on his sled with his reindeer flying through the sky at night!”

“Well, kids don’t actually see him flying in the sky,” I replied. “It’s more of a story they believe, but it’s not something they can see.”

“Oh, OK,” he said, seemingly satisfied with my explanation.

With Christmas coming up and being the ubiquitous force it tends to be, I feel even more inclined to identify Jewish people to my kids — a way to counteract the inevitable feeling of being left out of the world’s greatest holiday. “Hey, you know who else will be lighting the menorah instead of decorating a Christmas tree?” I’ll ask my kids. “The guy who plays Ant-Man in the movies!”

I know that ultimately, pointing out everyone who is Jewish to my children won’t do anything to protect them from a world that, historically, has not been kind to us. But I hope that as they grow up and learn more about the rich history of our ancestors, they’ll be proud of their heritage, and inspired by the unbelievable resilience of Jews. As the great Bob Dylan once said, “Inspiration is hard to come by. You have to take it where you find it.” (By the way — did you know Bob Dylan is Jewish? Just like us!)