My Jewish Father Hid His Struggles While Caring for My Mom. I Wish He Hadn’t. – Kveller
Skip to Content Skip to Footer

My Jewish Father Hid His Struggles While Caring for My Mom. I Wish He Hadn’t. 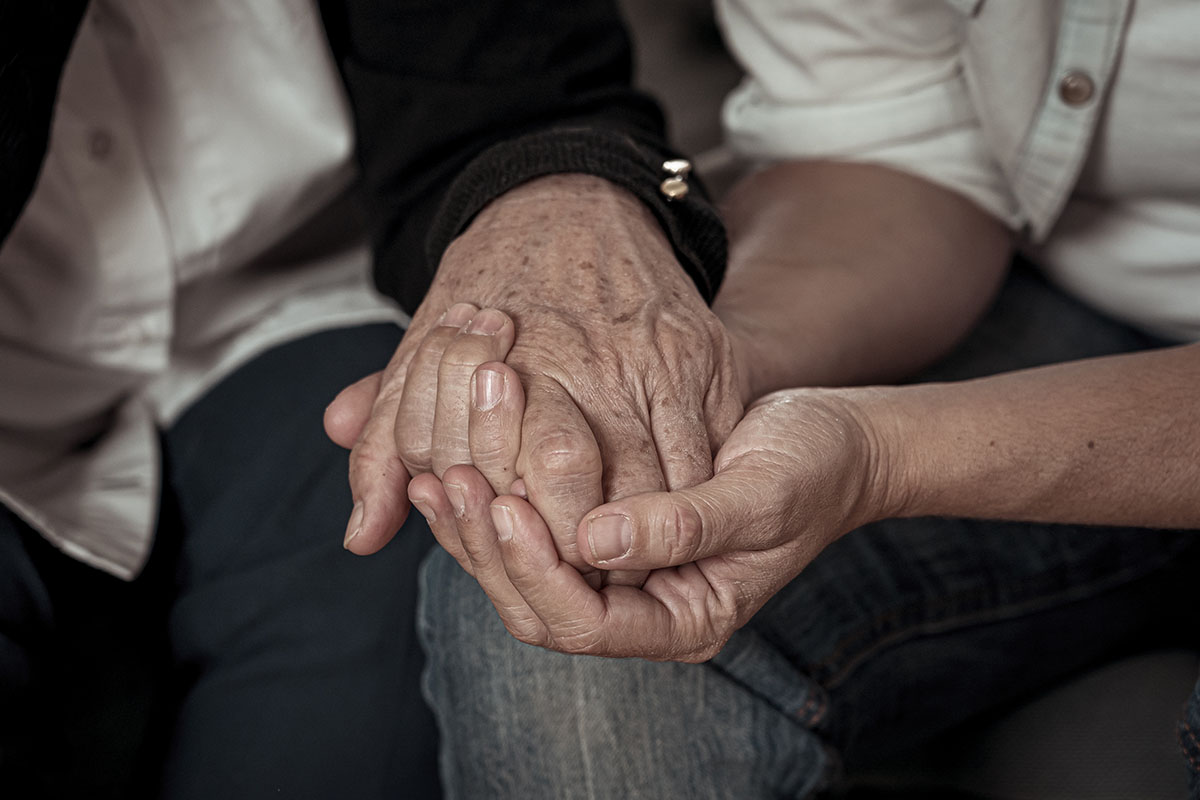 “Are you taking care of yourself?”

That was how the Yoda-like Alzheimer’s hotline counselor wrapped up our call. I had learned this hotline existed just a few days prior and this was already my fourth call.

You see, my mom has Alzheimer’s — an unfortunate diagnosis that confirmed what we had known for quite some time. Her sole caretaker, my father, passed away suddenly and unexpectedly in February, just six months after my mom was diagnosed. I spoke to him less than 24 hours before I got the call that he died. He was fine when we talked: We spoke about how excited he was to get vaccinated and my recent trip to a museum that cured my pandemic-induced funk.

My father, a pharmacist, was a tall man with a generous smile and handshake that could make Hercules wince. (Potential suitors for my sister and me often left our house with a hurt hand and pride.)

In what would be our second-to-last conversation, I had brought up the subject of hiring an aide to help care for my mom, as I had done several times before. I had dreaded mentioning this because I knew it would ruin our spirited conversation. The problem was that my father thought “help” was a four-letter word. There were a few reasons for this, the first being that my fathers’ parents were not exactly hands-on — at a ridiculously young age, my dad became the de facto guardian of his sister, as well as the housekeeper for his family’s tiny Bronx apartment. My dad feared similarly abdicating his responsibilities; he perceived my suggestion of help as an indication that he was shirking his duties as a husband and father.

It seems the men of my dad’s generation — born in the 1930s — were instilled with a deep sense of duty to their home and family. Resilience meant toughing it out, pulling yourself up by your bootstraps. After speaking with friends whose parents are also first-generation Jewish immigrants, I realized many of them were raised with the same value — namely, don’t burden your children. For further proof, I invite you to listen to “2000 and 13 with Carl Reiner and Mel Brooks” — specifically the “Ma and Pa” track, which comically addresses this line of thinking.

“Kid, don’t worry about me,” my Dad told me. “I am handling and in good health.”

It was hard not to believe him. After all, my dad was practically Iron Man — he survived kidney cancer, an induced coma due to sepsis and two broken hips. And, breaking the “grumpy old Jewish man” stereotype, he did not like to complain.

Due to Covid, I had not seen my parents or their home in months, so it was hard to really know how he was doing. I spoke to my dad daily, and in those conversations, he sounded fine, most of the time. He kept himself busy watching the news and cooking time-consuming meals. But occasionally he would text: “tough day.” And, a few times, he confessed to me that my mom — a woman who had read the New York Times daily — put on three blouses and wore a shirt as pants, or asked the same question every three minutes or did not recall that she had grandsons.

Still, my father nearly convinced me he was in control, so I tabled the aide conversation for another day. After all, I had a lot going on: My family of three was working and schooling in our two-bedroom, one-bath apartment. The wifi could be spotty which added an extra layer of anxiety, and meeting new friends via computer screen was not what I pictured for my son’s first year of high school. My bucket was full.

Several days later, my sister got a call from a police officer that my father was dead. Somehow my mom called 911 three hours after my dad officially passed. His doctor said it was most likely a massive heart attack.

As soon as I walked into my childhood home, I understood Dad’s insistence that all was well was a lie. Stacks of dishes were piled in the kitchen sink; dirty clothes were strewn across the bedroom floor; my mom was unwashed and wearing street clothes that we are sure she slept in. It was clear that Dad was barely hanging on.

I felt sick imagining how he spent his last days. What was going on in their home? I will never know. I thought of all my conversations with Dad, when I complained about being cooped up in my apartment — and there he was, too tired or depressed to do basic chores. I felt like he duped me but I should have known better.

I had to make several calls that day, but the first on my list was the home care manager. Five days later, two aides began taking care of my mom around the clock. My sister introduced these women to my mom as former colleagues. My mom’s new housemates scrubbed dishes, mopped floors, folded and hung her clothes. They now wash her on a daily basis and make her look stylish with thick colorful headbands and polished nails. The house smells clean and organized, and I am profoundly grateful.

With every task my sister and I complete — like figuring out Mom’s medications, getting her vaccinated or learning how to work the sprinklers — my mind plays the same phrase over and over again: I should have done something to help my dad. I keep asking myself: Were we all blinded by his seeming immortality? Did we forget that Iron Man did not make it to the end of “Avengers: Endgame”?

In keeping with his sense of humor, Dad wrote “Enjoy!” on the envelope that contained his will. Until the very end, he was who he was: a father and husband who did not want to burden his family. I try to respect that so that I can grieve his loss. Some have advised me that not asking for help was an act of love — that he wanted to serve his family to his last breath. And maybe my not forcing the issue was my way of showing love and respect to him.

Through this experience I’ve realized there are people and services who can help you through these difficult situations. A cousin who lives nearby told me to “call me when you need me.” And, the Alzheimer’s Association has a hotline that is available 24/7 at no charge. Learning how to deal with an Alzheimer’s patient is challenging; I call often and at all hours of the day.

In one such call, the counselor asked me if I am taking care of myself. I understood the significance of that question. I responded truthfully that I was doing my best: I was taking walks, talking to a therapist, bingeing TV shows, and splitting the responsibilities of my mom with my sister.

I understand now that there is no shame in asking for help. I have learned that sometimes resilience is not pulling yourself up by the bootstraps — sometimes it’s delegating a task you wanted to do yourself. As I grieve my father and take care of my mom, I often ask for help and guidance — it gives me more time for myself so I have the strength to do things I need or want to do. I just wish my Dad had done the same.