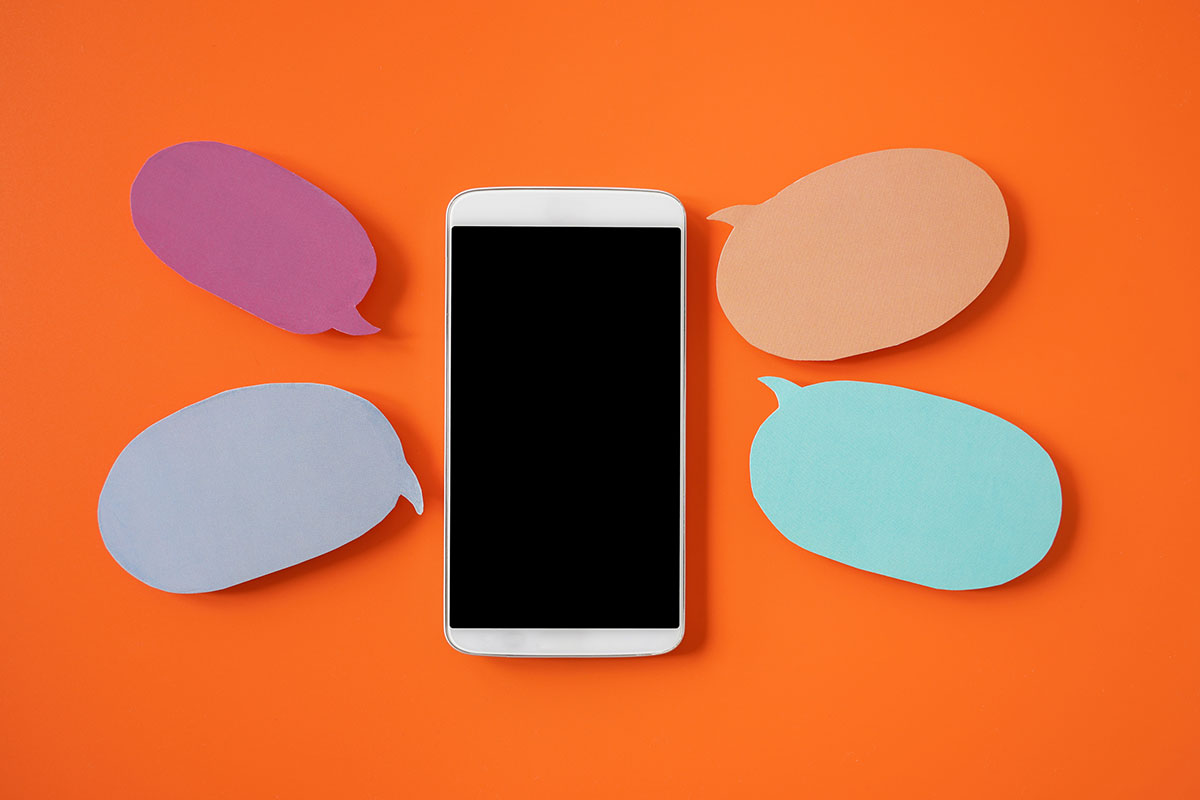 Recently at a party (remember those?) I was catching up with an old acquaintance, trying to summarize my life over the past two very unusual years.

“You know, WhatsApp is most of my social life now,” I said.

“You mean, your social media presence?” she responded.

“No, my social life,” I said. Only after she walked away did I realize how strange and possibly pathetic that may have sounded to her — and that, somehow, a WhatsApp chat group has become one of the most meaningful relationships in my life.

Early in the pandemic, I found myself in a new WhatsApp chat with a group of like-minded people (Orthodox or formerly Orthodox Jews in their 20s and 30s, who were feeling politically isolated in the Orthodox world), most of whom I had never met before in person. As these chats tend to do, this group evolved into another and then another, with many of the participants dropping off along the way until a core group of about a dozen women emerged — and stuck with each other. Most of us are Orthodox, though not all, most are married, though not all, and most are mothers, though not all. Like “real life” friends, we are mostly friends just because we like each other — there isn’t really more to it than that. Without many other social outlets, we found ourselves racking up hundreds of messages a day. To this day, I still haven’t met some of the members of the chat, though I consider them my closest friends.

The last two years have been lonely for many of us in different ways. If you have kids, it was a loneliness compounded by the endless busywork of keeping them safe, happy and growing through a pandemic — of raising a child without the village. Looking back, I don’t know how I would have gotten through without my WhatsApp friends. I’ve tried to explain to my IRL friends and family what these women mean to me, why it felt perfectly natural to invite people I had never met to stay in my house for Shabbat and holidays once we were all vaccinated. But it was often hard to put into words.

Social media relationships are often derided as shallow, based only on the highlight reel of life. Group chats — especially the way they have been portrayed in some recent viral media stories — are often labeled petty, bitchy or toxic. But what I found in my group chat was nothing less than authentic, meaningful friendship, reformatted to fit into the spaces of my working-mother-in-a-pandemic life. Something about typing into a chat box with a dozen people on the other side of the screen allowed us to be radically open with each other, about everything from the challenges of being married through the pandemic, our bodies, our finances, our sex lives, our relationships with our parents and children and families, and the dreams we were setting aside while raising our families or are struggling to make real despite it.

Over tens of thousands of messages, we’ve voted on new outfits and hairstyles, discussed dating troubles and navigated tricky relationship conversations, shared photos of our kids’ big milestones and worst meltdowns, collaborated on grad school essays and job applications. For many of us, living in communities that have wildly differing views on pandemic safety and vaccines, the group gave us a safe outlet to vent about those tough topics. It’s every part of friendship, condensed into a running stream of conversation that begins when the first one of us wakes up for her morning commute and ends when the last one finishes a night feed of her newborn.

Along the way, many of us navigated through a pandemic-fueled religious reckoning, figuring out who we were as Jewish, mostly Orthodox, women without the usual structures to support that identity. Do I cover my hair without anyone around to see it? How does it feel to go to the mikveh when my husband and I have spent time with no one but each other in weeks? When I can’t rely on my kids’ day school to convey Jewish education and values for me, how do I put them into my own words? Once we spent an afternoon discussing our dream “cheat day” if we were to have one day off from all religious obligations. (In the end, no one could think of anything more interesting than eating seafood and pork, although there was some discussion of whether Jeff Goldblum would be involved.)

One day, scholarship will be written about how many Orthodox Jewish women looked around during this time when their lives shrunk to the boundaries of their own home and thought: What exactly am I doing, and for whom? How much of this is how I want to live my life, and how much is how I want to be perceived by others? For now, all I can say is that just having these conversations changed all of us, and not always in the ways you would expect.

Women often talk about the “village” that was once there for them as they raised their children. If I’m being honest, that has never felt true in my experience, and the last two years have left most of us more stranded on our individual islands than ever. But I think that feeling I get from the group chat, of being able to reach out to everyone for support and know that someone would have a piece of advice, a recipe, a compliment, or just a funny TikTok for me when I need it, is pretty close to what they were talking about. Maybe one day we will live in a way where that support is physically tangible to us — and I hope we do! — but until then, I’m not going to apologize for loving my group chat and the social life its afforded me.