The Case for a Jewish Christmas Tree 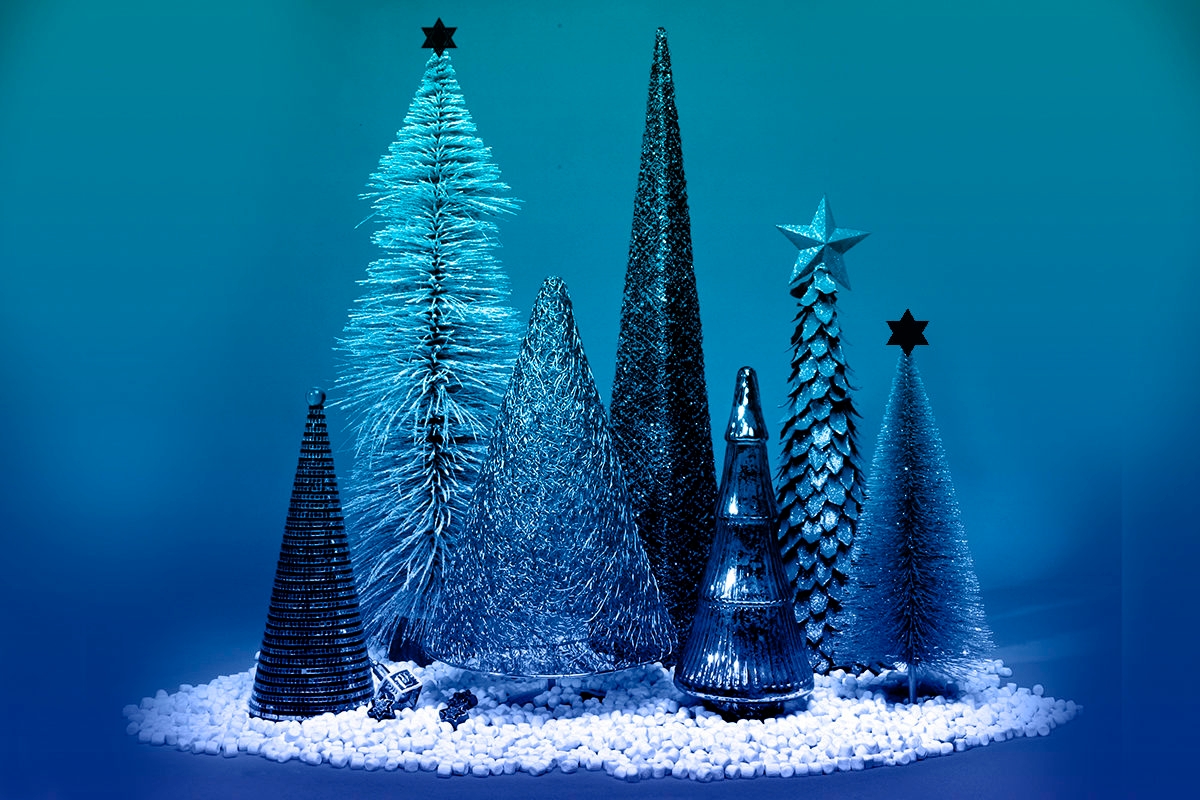 As a child, all I wanted for Hanukkah was to have a gorgeous tree in my house, decorated with sparkling lights and ornaments.

Sure, we had an array of beautiful menorahs in our home. And Hanukkah was always festive: we made latkes, played dreidel, and ate chocolate gelt. Still, every year, I begged my parents for a tree — to no avail.  “We are a Jewish family,” they’d tell me. “Jews don’t have Christmas trees.”

Come Christmas, I often felt like an outsider looking in on a beautiful celebration that left me out in the cold. OK, so it wasn’t exactly cold in South Florida, where I grew up, but it did feel isolating to be surrounded by so much Christmas spirit and know none of it was for me. I knew that the religious aspect of Christmas was an important part of a tradition that was clearly not my own, but it also seemed like there were so many amazing, non-religious traditions associated with Christmas that I longed to experience, too.

The good news is that everything must change. If you don’t believe me, listen to Barbra Streisand, Nina Simone, Quincy Jones, or George Benson sing this classic tune. As the song says, the young become the old. And now that I’m a mother and I call the shots, I have struggled to uphold my parents’ decree that Jews don’t have trees at the holiday season.

My kids, now 7 and 10 years old, are being raised Jewish, but have a very different experience of Christmas than I did growing up. That’s because they have Christian relatives — my husband, their dad, is not Jewish.

Before my husband and I married, we discussed things like how he would feel giving tzedakah to Jewish causes, or being without a Christmas tree in December. From the beginning, rather than setting up a tree in our house, we generally traveled to spend Christmas with his siblings and their families. (Plus, if I’m being honest, once I became an actual grownup, the work involved in procuring and decorating a tree made the whole thing far less appealing than it was when I was small.)

One year, however, I was too pregnant to travel. My brother-in-law and his family of six traveled from Chicago to our house in Florida. As I prepared for their visit, I thought of the mitzvah of hachnassat orechim, welcoming guests and making them comfortable. I don’t know if our sages ever considered the appropriate response to Catholic family visiting for Christmas, but I couldn’t imagine depriving my in-laws of a Christmas tree.  So, my husband and I set up our first tree: We decorated it in blue and white seashells and blue bows. It was a strangely tropical Christmas at a Jewish home but I loved it.

Since then, however, we’ve traveled nearly every year to spend Christmas with my husband’s relatives, many of whom have dedicated years — perhaps generations? — to perfecting the art of Christmas. So when my 10-year old asked if she could have a small tree in her bedroom, my first thought was, “No, we are Jewish.” But I told her I would think about it. After all, my Jewish American kids have always dressed up for Halloween, an American holiday of pagan and Christian origins.

Thinking back on my own childhood longing, I wondered: Had the time come to incorporate a Christmas tree in our home? I know we wouldn’t be alone, as I personally know several Jews who have a festive tree in December. Plus, a whopping 58% of Jews who married between 2000-2013 are intermarried, so it would figure that there are (or will soon be!) more trees in more Jewish homes. In fact, there are enough Jewish families setting up trees in December that Hanukkah tree toppers and ornaments are readily available.

Yes, I understand that some may see this as a problem; that having a Christmas tree — even if you call it a Hanukkah bush — flies in the face of the true meaning of Hanukkah. But I do not think Judaism will die because some of us decorate a tree in December. In fact, some sources say that, in addition to ancient pagans, the ancient Chinese, Egyptians, Romans, and, yes, the ancient Hebrews all viewed evergreens as a symbol of eternal life and hope.

Seen that way, couldn’t we argue that it’s in the name of Jewish pride that we’re “reclaiming” the festive tree symbol? By embracing our ancient ancestors’ appreciation of evergreens, we’d help remove the stigma for many modern Jewish families that participate in what many see as a beautiful American tradition. After all, simply by living in the U.S. in the month of December, we can hardly ignore Christmas. And while some of our Christian friends or family members actually commemorate Christmas as the birth of Jesus, far more celebrate December 25 with more secular traditions such as gifts, candy canes and, yes, trees. Why not find our own Jewish — or interfaith, or secular, or whatever — ways to decorate a natural symbol of the season?

As Jews, we have a long history of incorporating local culture into our practices. Take the hamsa, the hand-shaped amulet that is always found in Judaica shops. Jews and Muslims throughout the Middle East and North Africa have long regarded this symbol as a protective measure against the evil eye; some scholars believe its origins go all the way back to the Carthaginian goddess, Tanit (who is not Jewish). Then there’s the ultimate Jewish wedding dance, the hora. It’s actually a folk dance that originated in the Balkans! Turns out one need not be Jewish to lock arms and dance in a circle. And if you ever sat in shul and wondered why some of our melodies sound a bit like German drinking songs, well, you guessed it. They are.

Early American Puritans were very much against traditions that brought joy and frivolity to a Christmas observance they thought should be pious and sacred. They railed against pagan traditions and even passed laws penalizing decorations or other observances of December 25 other than church services. If that’s not proof that everything must change, then I don’t know what is.

Perhaps the next evolution for Christmas — or throwback to old ways, depending on how you look at it — is for people of all faiths to enjoy decorated trees or branches alongside our own religious symbols. The tree is a perfect interfaith and intercultural symbol of joy and hope. So yes, when Hanukkah arrives this year on December 22, you bet we’ll light the menorah and sometime over the holiday we’ll fry some latkes, too. But that’s not all: I will allow my daughter to have a small tree decorated with our (Jewish) symbols, something that brings joy and reminds us all that our beautiful Jewish heritage is both enduring and evolving.