The ‘Cool Kids Seder’ Is the Cure For Passover Ennui 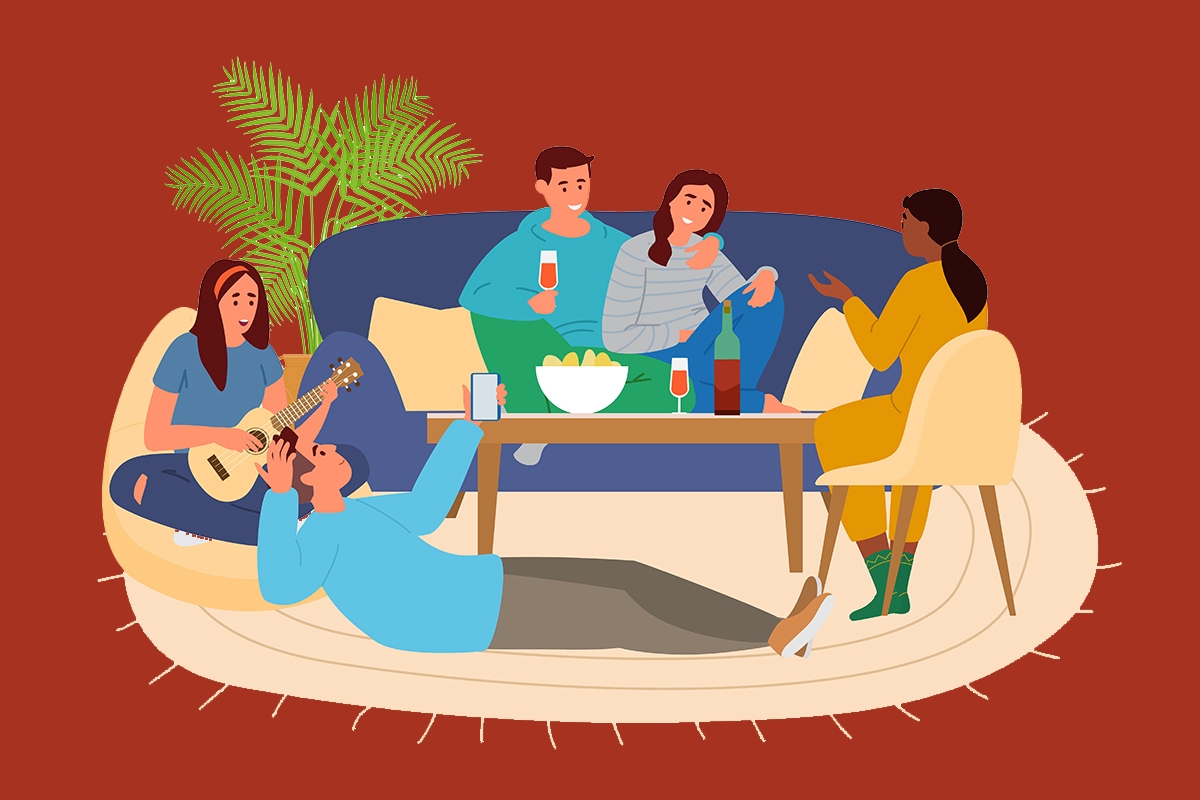 I’ve always felt like an outsider among Jews. We weren’t an observant family when I was growing up; I never learned the Torah or any secret handshakes. My mother is Christian and my father, who was raised on a diet of Hebrew school and faith-based shame, maintained a quietly icy agnosticism. He always dodged any religious questions I might happen to ask with a quick joke, a familiar smoke-and-mirrors routine that eventually worked because I stopped asking questions.

I was 20 when I attended my first Passover seder, the ceremonial reading of the Passover story, and the hametz-free feast that follows. The seder is a meal steeped in ritual — the asking of questions, the specific foods eaten at the prescribed moments, the prodding of millennias-old wounds for the sake of exhaustive inquiry. I, nominally Jewish but otherwise uninitiated, sat at the table of my best friend Jon’s very observant parents, Miriam and Dan, trying to get it right and hoping to be forgiven for sipping wine out of sequence and failing to appreciate the gravity of the occasion.

I never felt like I could keep up at Miriam’s table — the fluid Hebrew, the spirited singing, the throwing of plastic bugs to simulate the plagues — but, out of a sincere desire to be absorbed into Jon’s family, I kept returning, year after year. Dotting my plate with a drop of wine for each of the Ten Plagues, I felt like a kid who had snuck into the grown-up’s party but without the charm of actually being a kid. Having picked up the art of deflection from my dad, I dodged questions about where I went to synagogue (I didn’t) or my Hebrew name (I didn’t have one until I was 35, but it’s Batya Ariella, in homage to my bubbe, who was a real lioness). I wanted to recline all the way into the soft pillows and disappear, like Homer in the bushes.

Over time, however, the seder started to grow on me. As my own little family grew — I married a nice Jewish boy and we had two kids, now 9 and 2, that we sent/are sending to Jewish preschool — I felt more comfortable being Jewish, admitting I had been Jewish all along. Our local rabbi, stunned that I had never been bat mitzvahed, told me I had a Jewish neshama, or soul; and it felt as right as anything I’d ever heard about myself. (Though maybe he says that to anyone who considers themselves semi-Jews? It’s a great line.)

Eventually, Jon and I devised a Passover ceremony I could embrace completely: Cool Kids Seder, or CKS for short. Cool Kids Seder is a second-night feast that’s heavy on reclining, with biodynamic wine and good weed and funny stories in a judgment-free zone — specifically Jon and his husband Trey’s snug but efficient one-bedroom apartment. We borrow Miriam’s extra seder plate and a mishmash of haggadahs from our elders, but Cool Kids Seder is all our own.

Do we stay on-script at CKS, following along in our collective haggadahs? We don’t! It’s not the ideal seder for rule followers. But I like to think we uphold the spirit of the seder by asking questions and then meandering through them, citing the latest think pieces in the Atlantic and predictably, comically interrupting each other. I also like to think it’s the kind of seder at which anyone — from my jaded dad to the cerebral-cool rabbi down the block — could feel comfortable. It’s one big kids’ table where no one needs to present bona fides and not knowing the right answers to the four questions is strongly encouraged.

CKS is more of a salon than a Passover seder, with a big spread of mostly K-for-P food, like Jon’s Tunisian lamb stew with its wafts of ras-el-hanout, and his totally non-traditional caponata that I demand and bogart every year. There are bizarre riffs on gefilte fish, pink pickled eggs, roasted roots with labneh and pine nuts, and two kinds of chopped liver, both traditional and mock. Once Jon’s sister, Alisa, went vegan, we needed a recipe for chopped liver, hold the liver, to keep the table semi-traditional while also being dietarily friendly. I played around until I perfected one, using black garlic as a proxy for the big, umami blast of liver. (Check out my recipe here.)

As the years have gone by, the Cool Kids have begun to look a little more like grown-ups of debatable coolness. There are now children of our own underfoot, zipping around Jon and Trey’s 941 square feet with the boundless energy of kids at a grown-up’s party and generally showing us who the real cool kids are. But we stubbornly keep the tradition alive as well as we can.

Last year, when the pandemic was at its most gripping, CKS became an afterthought. We skipped it altogether, suffering through a Zoom seder with our immediate family, plus Jon’s family, his sister’s in-laws, and a few of their closest friends. We sipped salty tears while our connections buffered, which was fitting, actually, because suffering is baked into the unleavened history of the Jews — it’s basically the point of the seder, so that felt on-brand at least. Plus, it was possible to mute our children when they got unruly and started sneaking matzoh, a perk I will miss when we return to in-person seders. Together we contemplated plagues in their many forms and, like so many, vowed: “Next year, in person!”

Unfortunately, we won’t be able to gather in person this year, either. Too few of the major players are vaccinated, and Jon is finishing med school 300 miles away in New York. So, CKS will be deferred for yet another year. But we’ll keep CKS alive in spirit: We’ll all pull up on Houseparty on the second or third night of Passover for cocktails and kvetching, excited to see each other’s faces and hopeful for what the future might hold.