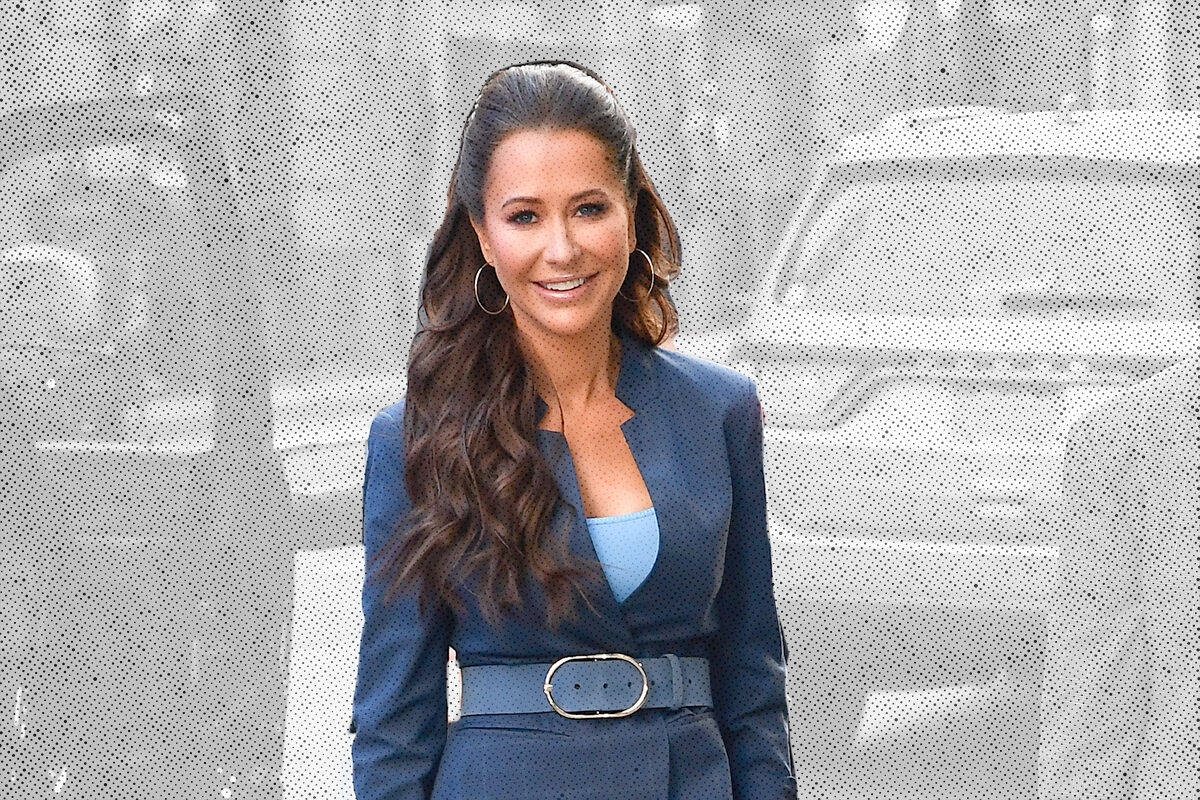 I’ve written about Meghan Markle’s BFF Jessica Mulroney too many times to count. I wrote about the Jewish mom when her kids stole the show at the Royal Wedding in May 2018, and when she helped style Markle on her first international visit. I wrote about the time Markle went to visit her, when baby Archie stayed with Mulroney when Markle returned to England, and on and on and on.

And I kinda defended her when people assumed the worst about her. But I think — rather, I know — I’m done with that. You see, Mulroney, the 40-year-old Jewish mom of three, has recently been exposed — very publicly — for a pattern of white privilege and general ickiness when it comes to her uber-famous pal.

Have you been too busy to follow this discomfiting story? Let me  break it down for you.

Your children will become who you are, so be who you want them to be 👧🏽⁣❤️🙎🏾‍♀️ #girlmom ⁣ ⁣⁣⁣ ⁣⁣⁣ 📷: @emmainyourlife

Last Wednesday, Exeter posted a video to Instagram sharing that, after she posted a call to action in the wake of the murder of George Floyd, Jessica Mulroney “took offense.” Essentially: Mulroney viewed a very generic call-to-action as targeted at her.

“Very early on in this, I was very vocal about wanting my peers and folks with an online presence to speak out, stand up, and use their voice for good to help combat what’s going on with this race war and what’s happening to the Black community,” Exeter said. “I’ve been extremely mindful and cognizant with the way I communicate and my approach, making sure during these post sharing that I was never, not once, calling out anybody directly. Unfortunately though, one very prominent Canadian figure who used to be an acquaintance of mine named Jessica Mulroney took offense to a very generic call to action that I shared on my IG Stories.”

“And what happened next was a series of very problematic behavior and antics that ultimately resulted in her sending me a threat in writing… Listen, I’m by no means calling Jess a racist but what I will say is this: She is very well aware of her wealth, her perceived power, and privilege because of the color of her skin. And that, my friend, gave her the momentary confidence to come for my livelihood in writing. Textbook white privilege really, in my personal opinion.” (You can watch Exeter’s full account here, or read a transcript on Elle.)

How did Mulroney respond?

Mulroney commented on the video — a comment that has since been deleted, unclear by whom — alluding to Markle: “@sashaexeterr, you are right when you say ‘this shit needs to stop. As leaders, we need to join hands and call out wrongs. I know we have different experiences. And that is something that, even in the course of a heated argument, I need to acknowledge and understand. I am unequivocally sorry for not doing that with you, and for any hurt I caused. As I told you privately, I have lived a very public and personal experience with my closest friend where race was front and centre. It was deeply educational. I learned a lot from that. I promise to continue to learn and listen on how I can use my privilege to elevate and support black voices.”

In short: She brought her Markle into it! What!

At Refinery 29, Kathleen Newman-Bremang does a great job explaining why this is so shady, writing: “Aside from this making no sense, it’s basically Mulroney’s equivalent of I can’t be racist, I have a Black friend. Sure, Markle is the reason this story has garnered international attention and it’s understandable that the association would be mentioned, but by making it the focus, as journalist Ishani Nath pointed out on Twitter, ‘associating [Markle’s] name with this story makes it seem surprising that white women with Black friends can also be ‘problematic.’”

“I think that’s exactly what Mulroney was hoping when she invoked her friend’s name,” Newman-Bremang continued. “She tried to use her relationship with Markle as a shield from criticism and consequences for her actions. The white privilege that Exeter called out is precisely why Markle is getting blowback online for something her white friend did.”

In addition to that public comment, Mulroney DM’d Exeter, threatening to sue her for libel. She also posted an apology on her own Instagram stories.

Quite literally, Mulroney got cancelled. Both ABC and CTV cut ties with Mulroney, canceling her reality show I Do, Redo, and she was fired her from her job as a Good Morning America contributor.

Mulroney shared another apology on her social media:

What does this all mean?

Well, Elaine Lui at Lainey Gossip did a remarkable analysis of these events. Lui has worked with Ben Mulroney (husband of Jessica, and son of former Canadian Prime Minister Brian Mulroney) since 2005 at Canadian talk show Etalk.

Then, she gets into the real analysis: “To go back to Jessica though, her friendship with Meghan Markle has been a personal and professional asset to Jessica, and Jessica only.”

Lui lays out just how protective Mulroney is of her relationship with Markle, and how she has used that relationship to her advantage. By commenting on Exeter’s post referring to “my closest friend,” knowing it would be picked up by the tabloids, Lui writes, “it can be read as a weapon, a reminder to Sasha and all of us out there watching this go down in real time, that she has a direct line to Prince Harry and Meghan Markle. Jessica sets the terms of when and how she exploits that connection.”

Plus, the her prominence within Canadian circles makes people very wary to be on her bad side. Add on Meghan Markle? It’s remarkable Exeter came forward.

Essentially, as Lui wrote: “White privilege is self-serving. Jessica Mulroney’s relationship with Meghan Markle was a benefit to her, and only her.”

This @LaineyGossip post about (among many other things) Jessica Mulroney's weaponizing of her friendship with Meghan Markle is EXHILARATING. Well worth the read for people who are just now learning about systemic racism…and/or people who love gossip! https://t.co/wfAna4Po3j

Obviously yes!! Page Six reported “Meghan Markle’s friendship with Jessica Mulroney was on the rocks before [the] ‘white privilege’ controversy.”

“I don’t know what the tipping point was, but Jess has been on the outs for some time,” said a source. “Their friendship is definitely not what it was. And really, how can you have such a close friendship when one person is basically making a career out of the friendship?”

TBH, we are not sure if we believe this — there were confirmed reports that Archie stayed with the Mulroney fam as Meghan and Prince Harry officially left the Royal Family, and we don’t think anyone would leave their baby with someone you are “on the outs” with.

However, we can’t imagine Markle appreciates being dragged into the spotlight like this, especially when she is so intentional with her appearances. (Her last public moment was in a commencement speech for her high school, Immaculate Heart High School in L.A., where she discussed the death of George Floyd and Black Lives Matter.)

Royal reporter Omid Scobie tweeted it best: “Watching people try to make a privileged white woman’s racism controversy about her biracial friend makes you realize we still have a LONG way to go. Do better!”

Seriously! While we can’t confirm the veracity of these reports, it’s clear that we can do much, much better, people. And that includes you, Jessica Mulroney.

Header image of Jessica Mulroney by by Raymond Hall/GC Images.