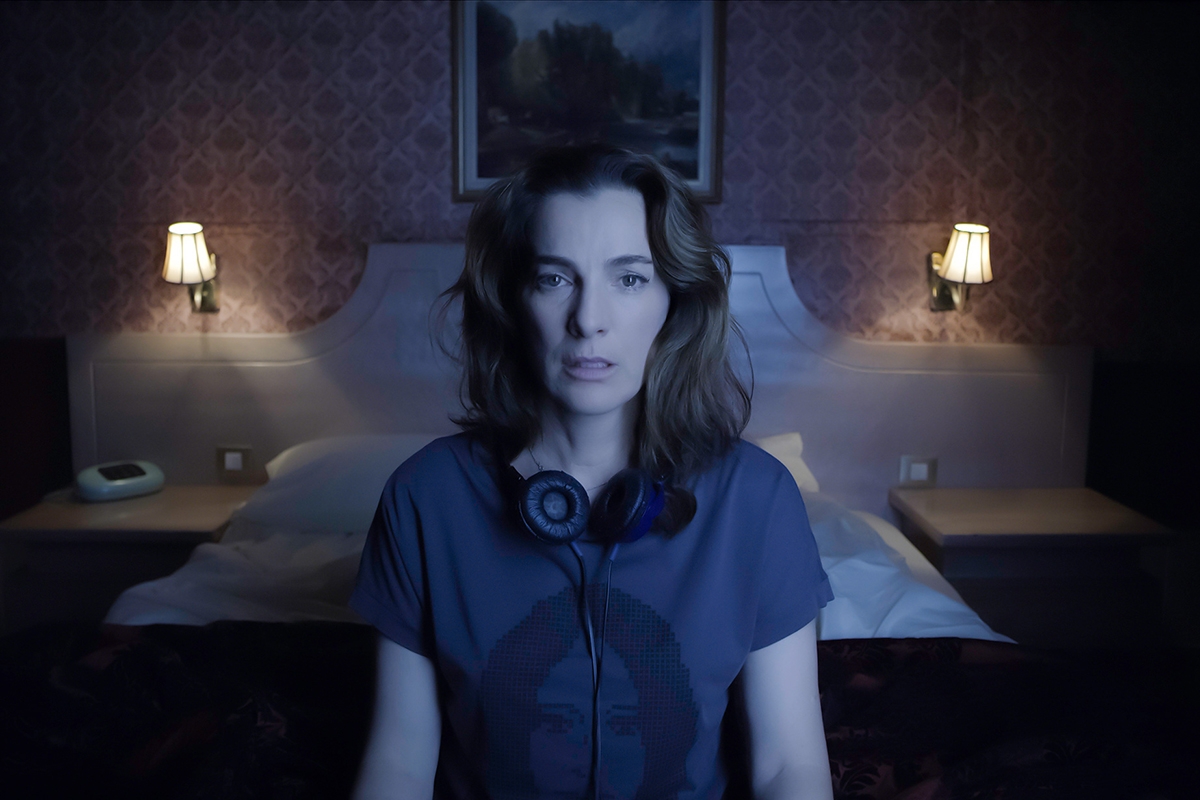 After the amazing spy thriller Tehran, Apple TV+ is adding another Israeli TV show to its roster this month, and it is oh-so addictive. Seriously! I binged Losing Alice in one sleepless night, knowing full well the price of watching this exciting, mysterious, neo-noir thriller would have on my ability to function and parent the next day. But honestly? It was worth it.

Losing Alice, which premieres on the streaming service on January 22, is a refreshing and unexpected choice of Israeli show for an international outfit to procure. The truth is that, while I love all the Israeli shows that we can stream on HBO Max, Apple TV+, Hulu, Netflix, and many other providers, a lot of them have a common denominator: they’re usually very clearly about something you would naturally expect an Israeli show to be about, from wars to the ultra-Orthodox experience to the Israeli-Palestinian conflict. By contrast, Losing Alice is a woman-led show that offers a universal exploration of womanhood and motherhood.

Created and directed by Sigal Avin, Losing Alice is show is about, yeah, you guessed it, Alice, a film director in her 40s. (She’s played by the incomparable Ayelet Zurer, a phenomenally gifted actress you may know as Elisheva from Shtisel, or for her role in Munich, or her other countless international movie and TV appearances.) Alice’s life seems perfect — she has a handsome actor for a husband, who appears to be a loving and passionate partner as well as a devoted parent to their three beautiful daughters. She lives in a dreamy, bright glass house in a tony town far from the city, where she had her own space to work.

But that appearance of perfection is only skin deep: Alice, who was once a promising filmmaker, hasn’t made a film in years. Every day she tries to work on a screenplay that she can’t seem to make a dent in. All that she has left is a career as a teacher, and a life parenting her three daughters while her husband promotes his still very promising career. And while she does get childcare help from her mother-in-law, it comes at quite a steep price: her glass-house life is constantly peered into and criticized by the boundary-less matriarch. (Honestly, the show has one of the creepiest mother-son dynamics I’ve seen in a while! “He’s a mommy’s boy,” actor Dan Toren, who plays the character of David told me.) Said mother-in-law hounds Alice and her family with toxic ideas about a women’s role in the house and she makes snide comments about foods and calories. She won’t even let Alice decorate her house with flowers, because the pollen makes her itch.

Like many women of a certain age, Alice feels stifled and stuck — by the virulent and oppressive ideas of motherhood and matrimony that society pushes on her, and by the fact that women of her age are often forgotten and disregarded in professional settings.

That is, until one day, she finds herself on a train, where she’s approached by Sophie, a 20-something screenwriter who is sprite-like and mysterious, seductive, and free, played by the incandescent Lihi Koronowski. Sophie tells her she’s a fan and that she’s working on an exciting new screenplay; she has even solicited Alice’s husband, David, to star in the film. Sophie sparks something in her; it’s clear that Alice sees something of her younger self — a wild, promiscuous woman with no obligations and space to explore — all things that she was that she no longer feels like she can be. Except, now, there’s that possibility.

This encounter sends Alice through the looking glass. Instead of a white rabbit, however, wild animals seem to come out of the crevices — a wild boar stops her and her husband in the middle of the road, a neighbor’s pool is infested with rodents. Her life, which felt oppressively stagnant, is suddenly full of mystery and intrigue. After Sophie’s tragic and mysterious death, Alice takes the helm of her film and, suddenly, she becomes the person she sees in Sophie: commanding, opinionated, interesting, and full of potential as a creator.

Sophie’s and Alice’s mutually obsessive relationship comes at a steep price, however. Alice becomes determined to know what is reality and what is fiction in Sophie’s script, “Room 209.” In return, the lines between Alice’s own reality and the wildness of imagination begin to blur, and mysterious and dangerous characters enter her life. Sophie’s darkness is perhaps more than Alice anticipated, and the deeper Alice is drawn in, the deeper — and deadlier — the consequences are.

In the show’s trailer, set to Kate Bush‘s “Hounds of Love” (anything with Kate Bush in its soundtrack automatically has my approval!), Alice touches on a concept so familiar to women caught in the tensions between mothering and working, between domesticity and freedom: “I don’t believe anyone who says you can have it all. Because you can’t and sometimes people need love, sometimes people you love get hurt on the way. I guess it’s all part of the ride, and you pray to God that it will be worth it at the end,” she says, breaking into tears.

In a short interview this week, creator Avin told me it was important for her to bring up this concept because she believes it’s true: Women can’t have it all. She told me sometimes people look at her life, her marriage, her two daughters, this amazing series she is helming, and think she’s found the winning formula — but the truth is far from that. “There is always a sacrifice,” she said.

As for star Zurer, a mother and actress who lives in Los Angeles, she told me that she too, like too many of us, is constantly grappling with that question.

Despite the universality of the show, the specificities of Israeli life, from the scenery — the beautiful aerial shots of Rakevet Israel (the Israel train service) and the grungy scenes in the nooks and crannies of Tel Aviv —to the details about the small budgets and the incestuous nature of the Israeli film industry add to its richness.

Losing Alice is all the things. It is serious, sad, introspective, and hopeful — and, at times, wonderfully though perhaps unintentionally camp. It is dark and otherworldly, and yet it so relatable in its moments of domesticity, in the simple and precious and sometimes deeply painful interactions Alice has with her children as she attempts to revive her own career. I do want to warn viewers that the first scene of the show has a very graphic depiction of suicide and that if you, like me, are triggered by such scenes, you will want to fast forward through parts of that scene, if not through its entirety.

Losing Alice will be available in both the original Hebrew, with subtitles, or with English dubbing. I highly suggest watching it in the former to fully enjoy the performances of its incredible cast. It’s an electric feat of television, masterfully written and performed, with breath-taking, moody cinematography, and I hope you get as addicted to it as I did.