The ‘Shtisel’ Season 3 Premiere Was Better Than We Ever Imagined 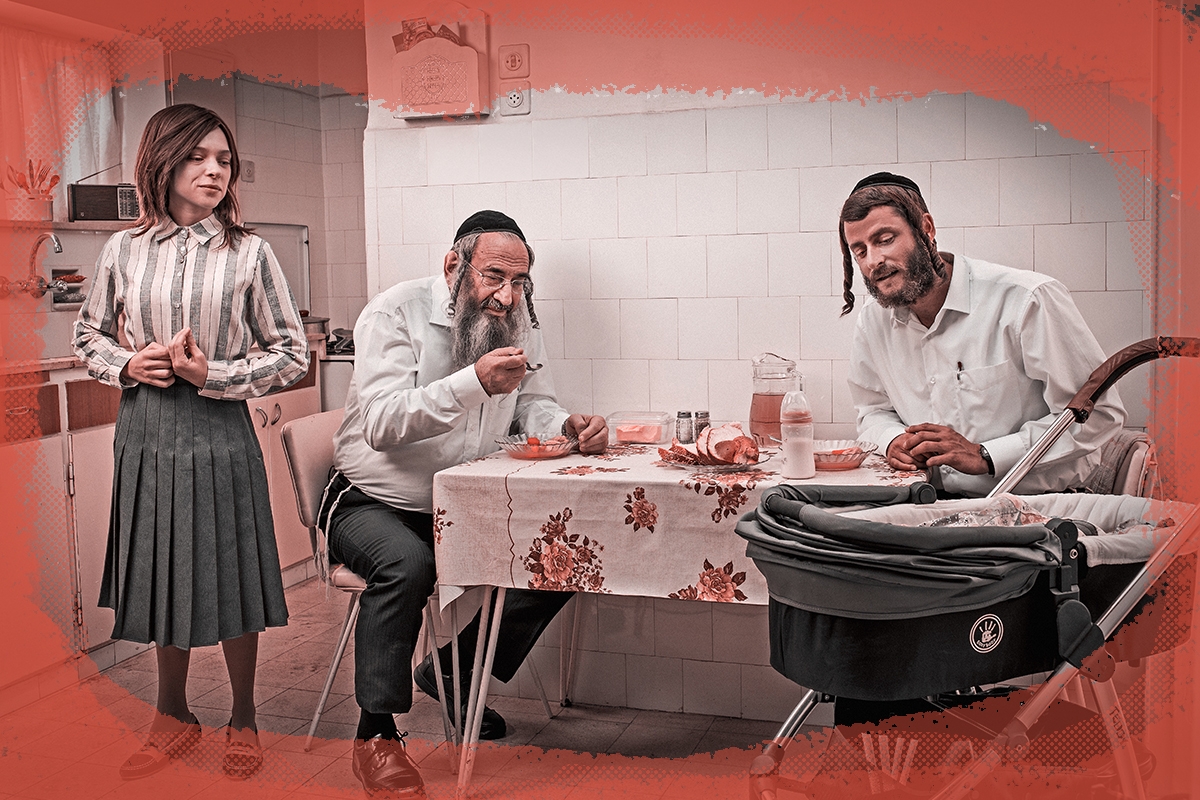 The premiere of Shtisel season 3, which took place digitally on December 17 through Temple Emanu-El’s Streicker Center, was a surreal yet haimish experience. Haimish, as you may know, is a word that means “homey and cozy” — and it is also a term used to describe that something or someone is haredi, a term that refers to certain streams of Jewish ultra-Orthodoxy.

As it happens, both definitions of the word have served as a guiding principle for the hit series about the eponymous haredi family from Jerusalem. And the Thursday night event, which featured a Q&A session followed by the season premiere, was no exception.

During the Q&A with Shtisel stars Michael Aloni, Shira Haas, Doval’e Glickman, and Netta Riskin, series co-creator Ori Elon kept peppering his speech with yeshiva references. He told us how he and co-creator Yonatan Indursky first conceived of the show at a kosher restaurant in Bnei Brak call Shtisel. They wanted their show to have that same feeling they got in that religious neighborhood; that feeling that stirred the heart of these two yeshiva-educated men. That feeling that’s best described as haimish.

Haimish is also how I’d describe the rapport among the cast of Shtisel, which was evident even as they conversed via separate little rectangles on a Zoom screen. The cast seems to genuinely care for one another, and there’s also the warmth and affection that they feel for the show — something that began six years ago and subsequently made them national, and then international, stars.

Shtisel first aired in Israel on Yes in 2013, and by its own stars’ account, the original wasn’t an instantaneous hit — it was more of a slow burn. After season 2 finished its run in 2016, the show’s two creators were snapped up to create Autonomies, a dystopian miniseries for streaming service Hot, and Shtisel appeared to be over. That was until Netflix bought the series in 2018 — and made it into an international sensation. The renewed, fervent interest in Shtisel is what made season 3 happen, with production starting in the summer of 2020, despite the global pandemic. And now, three years after Israeli audiences said goodbye to the Shtisel family, season 3 is finally, finally here.

Shtisel “feels like home,” said Haas (who plays fiery Ruchami), who has since become an Emmy award-winning international sensation following her starring role in the Netflix miniseries Unorthodox.

“You already know everything about this person, you know the inner soul of this person,” Riskin, who plays Gitti, told the audience about slipping back into her character many years after saying goodbye. “You just need more biographical details. It’s like an old friend… [It was] much easier than I thought it would be.”

Glickman, who plays family patriarch Shulem Shtisel, is a comedic legend in Israel. He brought a surreal, humorous angle to the hour-long conversation, kibbitzing about Zoom backgrounds and complaining about how he couldn’t hear the Q&A moderator Jessica Shaw. The panel truly felt like a Zoom call with your extended family, with Glickman playing the technology-challenged and dad-joke loving uncle. When Shaw lauded the “beautiful relationship” between his character and his son, Akiva, Glickman joked “when you say so beautiful you mean especially the son,” referring to Aloni’s heartthrob status.

Still, Glickman is soberly serious when he tells the virtual crowd that this is truly the role of his lifetime. He also added that he felt like he botched that first audition, and that, despite his prior success and fame, he was very passionate about landing the part.

Haimish also describes how these incredibly gifted actors prepared for their roles: They embedded themselves in haredi families who opened their hearts and their homes to them, to let them see what their lives are truly like. And their characters? People want to bring them home. Fans offer to help with matchmaking, or even, in the case of Ruchami, Haas has gotten offers to “adopt” her.

After the Q&A, all of us watch the first episode of season 3. It’s a delight to be there with all these fans, seeing their reactions on the chat, their judgments, their surprise, their emotions all displayed in a tiny black and white field.

There won’t be any spoilers here, but one thing is clear: It was worth the wait. Season 3 has that same essential haimish feeling —  the one that makes you palpitate along with the show’s heroes, that gives you that sense that you are in their homes, at their dinner tables, sharing kosher pickles and cholent.

This doesn’t necessarily mean watching Shtisel is a comfortable experience. Tensions abound between the characters’ desires and the expectations of those around them, and within their relationships, their egos, and their pious aspirations. Within the nearly hour-long episode, there is profound joy and very profound grief.

The third season also adds new layers of conflict, introducing an ultra-orthodox Mizrahi character and touching on racial tensions in the country. There is also new delicate ground that the show will thread upon — issues of intimacy and fertility. There will be new and old heartache, new babies (Dvora, Akiva’s firstborn, is introduced in the first episode), and yes, of course, new love.

By the end of the episode, I’m in tears. Elon and Indursky have really outdone themselves — taking the show to new heights, interweaving new levels of emotion. Yes, we are in the Geula neighborhood of Jerusalem — the real neighborhood where the fictional Shtisel family lives — but, in actuality, we are in these characters’ hearts. Religion may be what gives Shtisel its structure, but the show’s magic lies in its raw humanity.

When Aloni finished reading the script for season 3, he said he cried, too. “I had tears in my eyes… it was a mixture of both [joy and sorrow],” he said. “I really just wanted to hug [Uri] for this great great season and role that was given… where he took Akiva to.”

Even if we still have the rest of this wondrous season to look forward to, many in the digital crowd, including moderator Shaw,  couldn’t help but ask: “What about season 4?”. While Glickman joked about a season 11, Elon was a little more reserved.

For Elon, the Shtisel family will exist forever: “They will continue to orbit in the sun in their own way,” he said. And while there definitely seems to be a temptation to keep sticking with this beloved family tale, there is also a fear of messing with greatness.

“Moses had a great first season with Bereshit and he signed up for another four seasons,” Elon joked. “I think season four, Vayikra, he had a real writer’s block.”

New episodes of Shtisel are currently rolling out each week in Israel. American audiences will have to continue to be patient — but hopefully not for long: The series is slated to be released internationally in early spring of 2021. And after watching the first episode, I can safely say that patience will be worth it — we are in for an incredible treat.