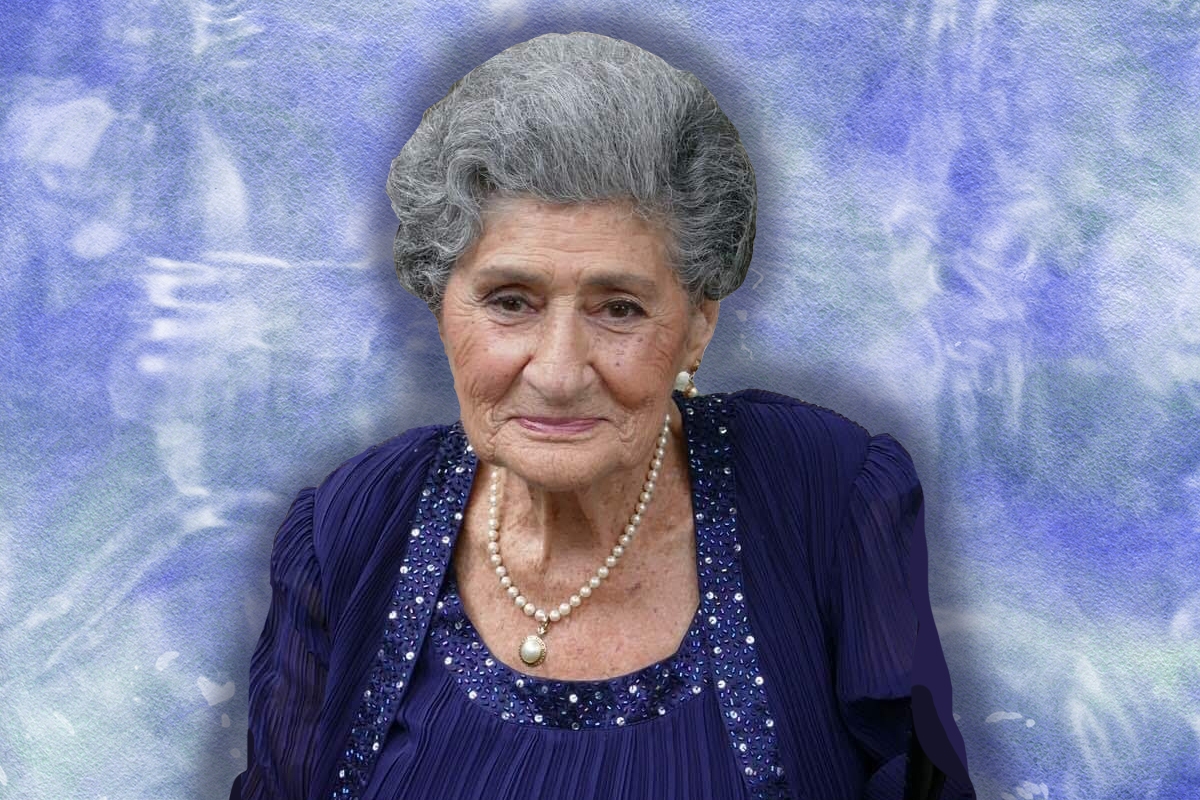 When 97-year-old Jewish great-grandma Mira Rosenblatt showed up for her Covid-19 vaccine appointment on Feb. 2 at Mount Sinai Brooklyn, nursing student Sylvie Jean Baptiste was in for a treat. While Baptiste’s job includes monitoring patients during the 15-minute period after their vaccinations —  often offering them snacks or chatting with them if they are nervous — she didn’t necessarily expect to have a moving, powerful conversation with a Holocaust survivor.

Baptiste approached Rosenblatt, whom the New York Times reported was wearing “a raspberry beret and pushing a bright blue walker,” to see if she was doing alright after her shot. Rosenblatt aptly replied that she was not at all nervous, saying, “I’ve been through way worse.”

Next, Rosenblatt began to share her incredible life story.

A resident of Midwood, Brooklyn, where she’s lived in the same apartment since 1968, Rosenblatt is a mother to four children, a grandma to eight, and a great-grandma to four. This is quite an accomplishment for anyone, but all the more so considering she survived the Holocaust as a teenager.

According to The Knight News, a Queens College newspaper, Rosenblatt grew up with her five siblings in Sosnowiec, Poland, which, at the time, had a population of some 20,000 Jews. Her family owned a store and grandfather owned a factory that made copper pipes. In 1939, when Rosenblatt was 15, she and her family were forced by the Nazis into a ghetto.

According to a report from the Jewish News Syndicate, Rosenblatt vividly recalls the evening of Aug. 12, 1942, the night the Jews in the ghetto were rounded up into the town’s stadium. Rosenblatt was placed into a group deemed strong enough to work, and she was separated from her parents and three of her siblings, whom she tried to save by pushing them into a garden. (Her parents and these three siblings did not survive; after the war, she was reunited with two brothers.) Rosenblatt was sent to a textile work camp, making uniforms for Nazi soldiers.

One night in 1945, while being forced on a midwinter, Nazi-led death march during which prisoners were not allowed food, rest, or coats, Rosenblatt and another girl named Basha managed to escape into the woods. The Times reports that Rosenblatt “stayed alive there by eating worms and other creatures, digging into the frozen ground to find them, and sleeping in holes underneath snow for warmth.” She eventually found refuge at a dairy farm, hiding her Jewish identity and working for on the farm until the end of the war — all while hiding four other Jewish girls she met while hiding in the forest.

She was 21 when the war ended and, incredibly, she reunited with a former suitor, Henry Rosenblatt, who survived Auschwitz. They immigrated to the U.S. and were married until his passing 2017.

In the ensuing decades, Rosenblatt committed her life to her family and to telling her story. Over the years, she’s regularly spoken to high school and college students — moving some audience members so deeply that many of them would visit her home and become friends. During the pandemic, she used the time in isolation to self-publish a memoir, Strength: My Memoir, with the help of her daughter, Belinda Levavi.

“My mother was joyous, we had a fun childhood,” Levavi tells Kveller. “She loved life, even though there was always that core sadness. She was able to rise above it and give us really wonderful memories.” 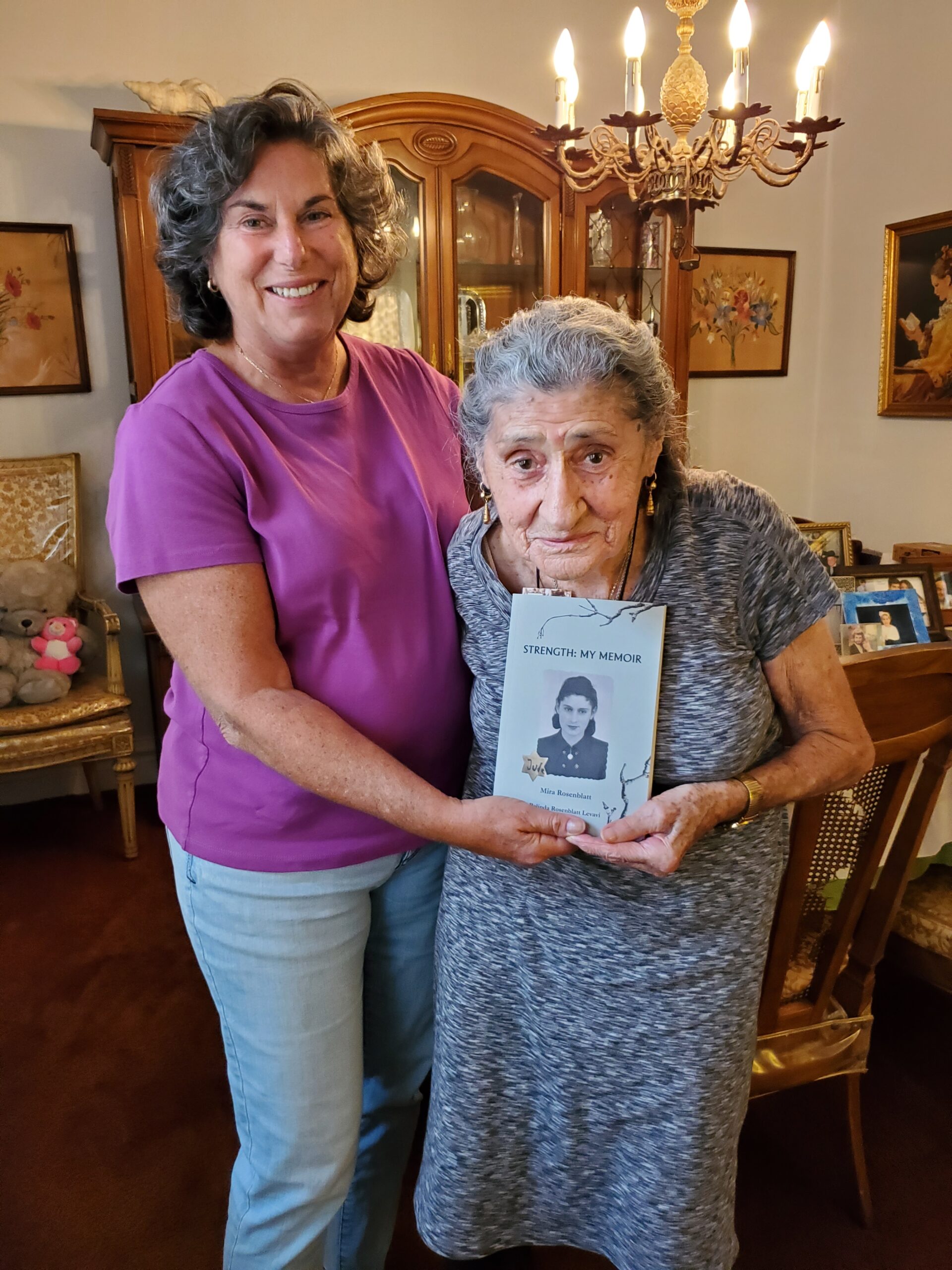 Rosenblatt, right, posing with her book and her daughter, Belinda Levavi. (Courtesy)

Incredibly, on the very day of her appointment, Rosenblatt was scheduled to speak at a Zoom event that evening for the American Society of Yad Vashem. For more than an hour — despite any side effects of the vaccine, which can include fatigue and fever-like symptoms — she shared her incredible story of survival.  Among the 250 attendees was her new fan, Baptiste. “It would be hard to tell if she had side effects from the Zoom,” she told the Times.

Levavi confirmed with Kveller that speaking at the event was far from a problem for her mother.“No matter how bad she feels, talking to people and sharing it [her story] is like watering a plant — it replenishes her,” she says. “She feels like this is a big reason for her existence.”

Two other nurses heard Rosenblatt’s story at the hospital that day. That included Kristine Ortiz, who later bought Rosenblatt’s book and came by her home later that week to get it signed. “When you have someone who has survived something like this, you can’t help but stand still,” she told the Times. “There were definitely tears. I had to ask someone to take over for me for a few minutes afterward because I felt shaky from the story.

Rosenblatt’s strength, vulnerability, and bravery are beyond admirable — and we are so fortunate that she can continue telling her story thanks to the added protection of the Covid-19 vaccine. As Rosenblatt herself told The Knight News, while facing adversity has challenged her faith at times, “I still believe in miracles.”