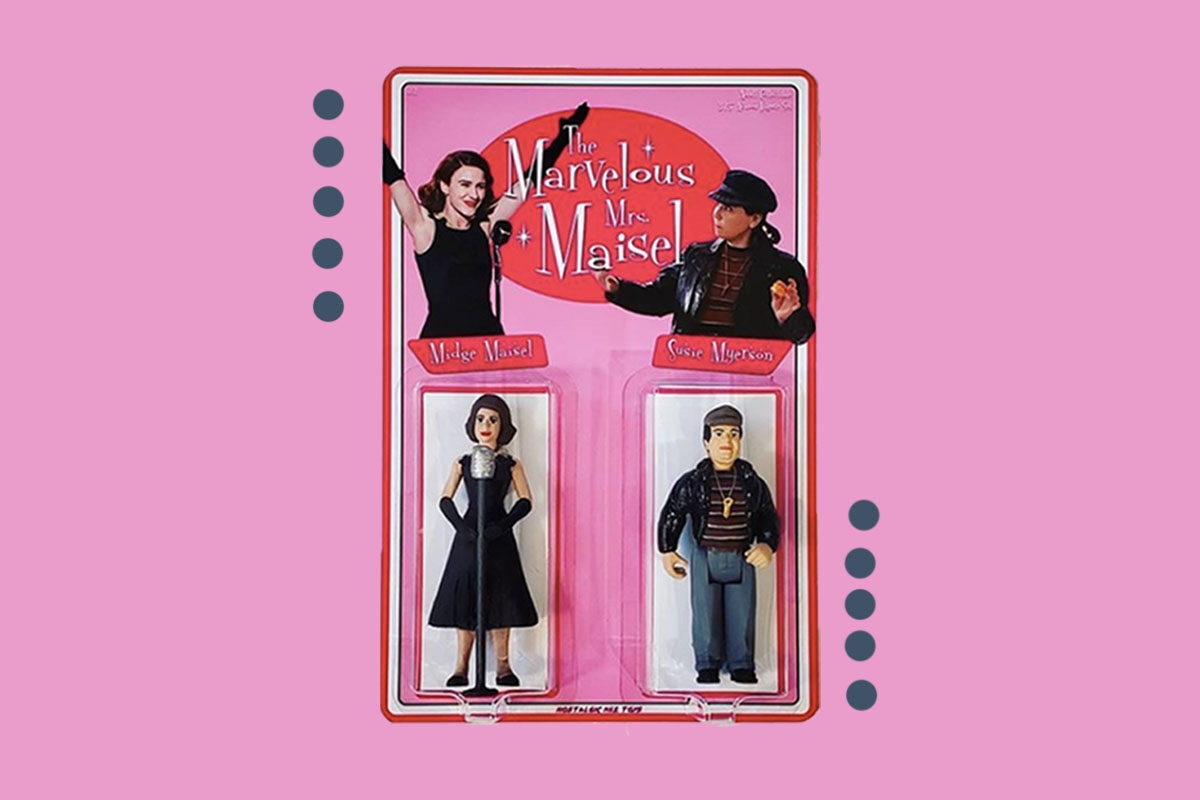 Collectible figurines are adorable tchotchkes — in theory, at least. Unless you let your kids play with them (thereby erasing the “collectible” aspect), they’re absolutely useless, and they generally hold no value other than to charm someone for a mere moment. Sometimes they’re well done, like this Ruth Bader Ginsburg action figure, and other times, well, they’re so horrid you can’t help but laugh.

At first glance, the packaging seems very profesh. But, if you take a closer look, the representations of Midge Maisel (Rachel Brosnahan) and her manager, Susie Myerson (the indelible Alex Borstein, who just happens to be killing it with the most Jewish quarantine ever!), are a hilarious abomination.

Midge, dressed in her classic black dress and gloves, looks alright for the most part. Susie, on the other hand… all we can say is: oy. Jewish mom Borstein, who reposted the figurines on Instagram, had other choice words: “Hey Jeff Garlin, they made a doll of us: your face, my body and both our diaper-wearin’ dicks!”

Indeed, the figurine does appear to be wearing a diaper.

“Girl, they did you dirty,” one fan commented on the post.

As for the Jeff Garlin quip, here’s the scoop: Brandon created the bootleg Susie by repurposing a vintage action figure of the Jewish dad and The Goldbergs patriarch.

To be clear, these figurines aren’t for sale — in fact, it’s the artist’s first-ever commissioned figurine, and it was for his wife, who reportedly paid him in baked goods. You can check out his creative process here:

“I will forever be sorry for doing this to her,” the artist captioned his photo.

So, yes, this isn’t the most accurate representation of Borstein’s Maisel character. But does it matter? At least these Franken-figurines brought a brief moment of joy to so many — which is not an inconsequential thing amidst an ongoing pandemic.

As for Garlin, he wrote: “I always thought you could be my sister but this is ridiculous.”

Come to think of it, maybe Garlin and Borstein could be something other than siblings? While we don’t know their current relationship status, we do know that Borstein, a mom of two, divorced Jackson Douglas in 2017; Garlin and his wife (they share two sons) split in 2018. If Garlin is single, and Borstein is single… perhaps Brandon could make a shidduch?

In any event, we hope the artist got those promised cookies… And Brandon, if you’re reading this, we’ll send you a homemade challah in exchange for an Adam Sandler a la Uncut Gems figurine.